To find the church, simply follow the signs, as detailed for the chapel of St Patrick, from the town centre. The church lays off to the right of the path before you get to the chapel. 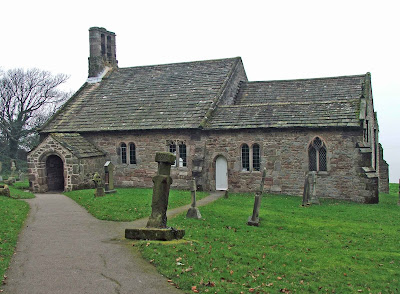 The church is a wonderful low slung building, dating from the 14th and 15th centuries, but earlier stonework dating from around 800AD can still be seen. Before the church there was a small monastery on the site. Finds in the surrounding area suggest even earlier habitation and usage however, as a roman altar has been recovered. The monastery lasted until around 1066, and from then on was used as a church until the current building was built from th 1300's onwards. The Saxon building was most likely demolished, although tantalising pieces of stonework can be found in the present day structure.
The oldest parts of the church are the West window and the West doorway, probably Saxon. 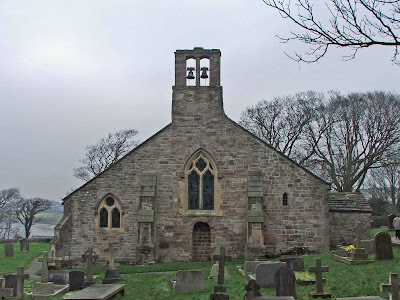 Above. View of the West wall showing the tiny Saxon window and door. 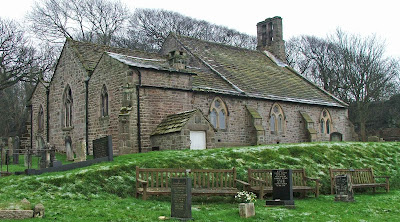 It's likely that the church and the chapel above it on the cliffs, were part of a monastic community and would have been intimately connected. In the grounds of the church, can be found the remains of a stone coffin minus the lid, dating from around 800 to 950AD. 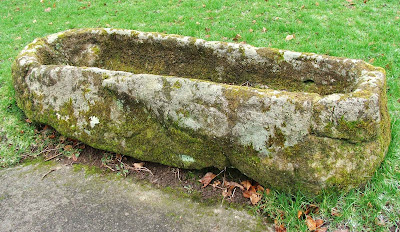 There's also the remains of the base of a Saxon cross, with intricate carvings surviving to this day. The shaft dates from around 800AD. 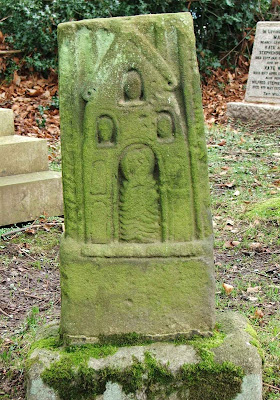 This cross base looks as if it has a representation of a building, possibly a church, with three windows under a gabled building. My next visit will have to include the interior of the church, which includes Norman architecture and a hog back grave. 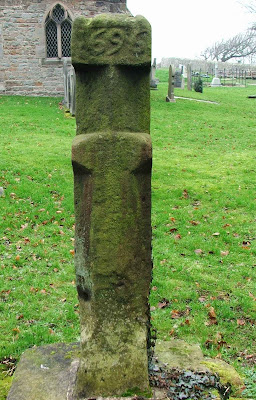 On a headland just off the A589 in Heysham, the remains of the chapel of St Patrick can be found, just behind the ancient church of St Peter. 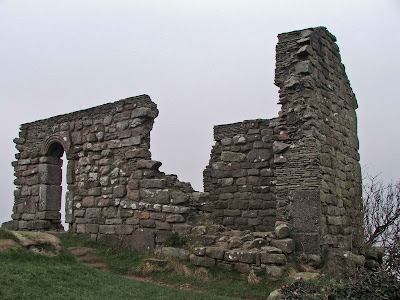 The chapel can easily be reached by following the signs to the remains from down in the village. The walk is easy and around a quarter of a mile from the main car park. It's free too....which is always a bonus!!! 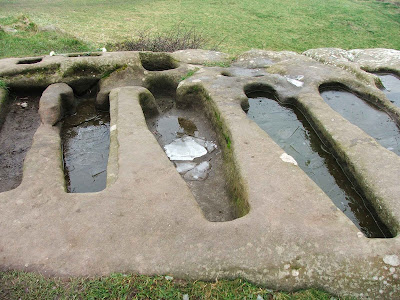 Black Sabbath fans will most likely recognise these graves from the 2006 album cover, The Best of Black Sabbath!! 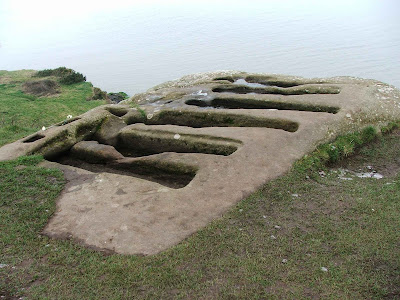 These graves have the sockets for crosses still visible, although both the crosses, the grave lids and the contents have long since been removed! 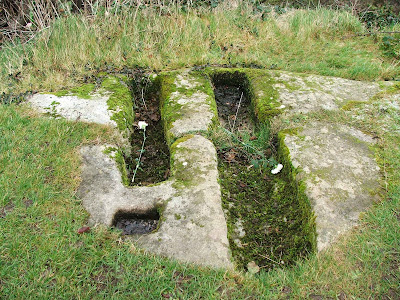 Once you've passed the church on your right, the chapel is situated up a gently slope, overlooking the sea to the West. All that remains now, are the largely re-constituted walls of the chapel, no doubt re-built using rubble found on the site. However, this has been done exceptionally well, and no more than necessary has been done to convey the essence of this site. 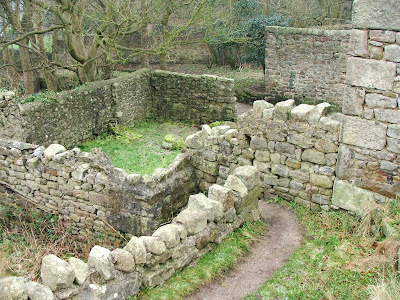 There is a small rectangular ruined building with arches and some standing stones. Around these remains are the remnants of carved grave stones, hewn from the bedrock. 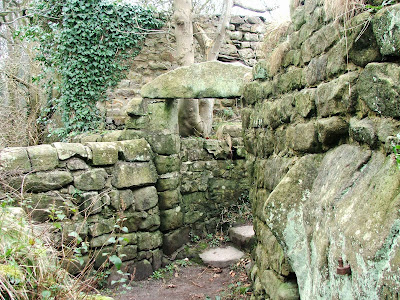 The chapel dates from around 667AD.The remains of a cemetery were found roughly to the South of the chapel, with the buried remains of around 85 people. 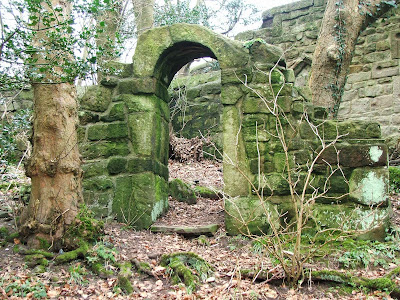 This Saxon gateway\doorway can be found between the chapel and St Peters below.

Around the back of the chapel, down a path that leads eventually to the beach, the remains of further paths, walls and arches can be seen, some hewn from the bedrock, and some rebuilt from known remains and rubble.

Posted by The Cumbrian Castle listing. at 21:12 2 comments: