This church is situated about half a mile across the Lowther park from the shell of Lowther Castle. The road that runs past the church runs through the park to Askham, a small village about two miles West of the A6.
The church is visible from the road, with the imposing Lowther mausoleum built in 1857 for the Lowther family. The mausoleum is gothic architecture at its best, with four griffin type beasts mounted on each corner of this small building. The crest of the Lowther family (six circles within a shield) is mounted above the doorway, and at the foot of a short flight of stairs, huge studded, wooden doors with a date of 1857 stand. 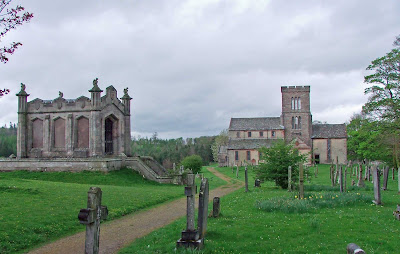 The church is situated at the end of a the fell\common, with steep drop to its West side, dropping down to the River Lowther. The tower is buried amongst the Chancel to the East, the Nave to the West, the North Transept and the South Transept. Indeed the tower, buried amongst 17th century additions, dates from the 13th century, with its four huge arches. 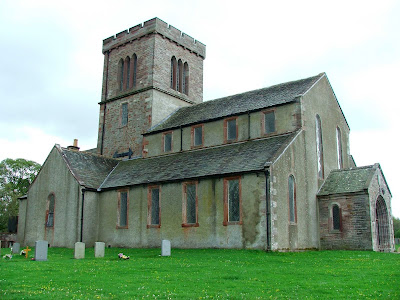 The oldest parts of the church however, are the 12th century pillars that stand to your left as you enter the church. There are three complete pillars, and two that are buried in the walls. The capitals topping each of these pillars, are richly decorated with zephyrs, grapes, running beasts, foliage and scallops. At the foot of the second pillar, are four heads, each supporting the pillar base. 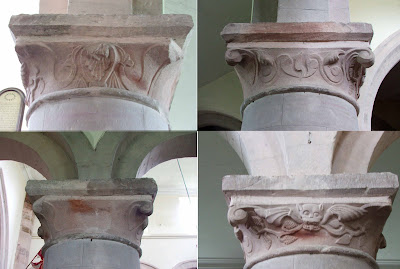 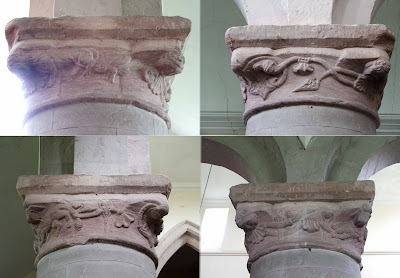 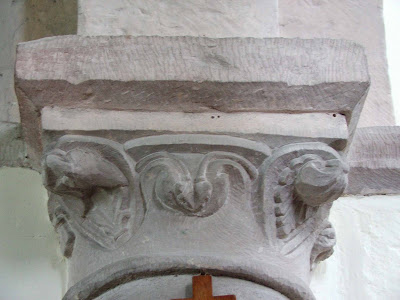 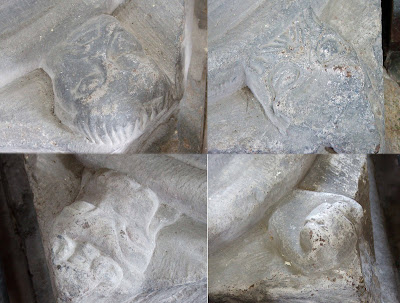 In the North trancept, are various memorials to members of the Lowther family, with the centre piece being the huge marbled tomb of William Lowther, Earl of Lonsdale. 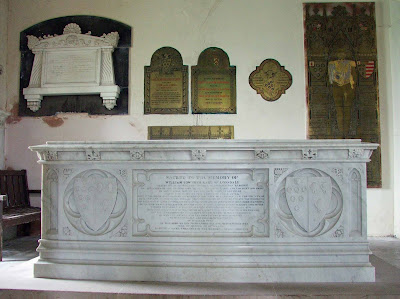 Tucked away in the South transept, and partially hidden by the huge organ that is placed here, is an effigy of Sir Richard Lowther and the reclining figure of John, Viscount Lonsdale. There are also busts of two Sir John Lowthers. 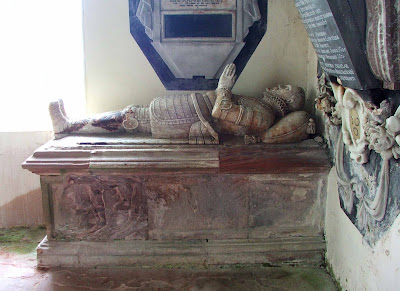 There are only two stained glass windows in the church, each standing over the altar.

The earlier church of the mid 12th century, was rebuilt and remodelled in 1686 by Sir John Lowther. The tower was altered and heightened, along with the rebuilding of the outer walls of the Nave, aisles, trancepts and chancel.

Later work was done on the outer walls of the whole of the church.
Posted by The Cumbrian Castle listing. at 23:30