Battered by storms, religious turmoil, the English Reformation, German battle ships and age, the remains of St Hilda’s Abbey remain to this day, an iconic piece of Whitby’s history. 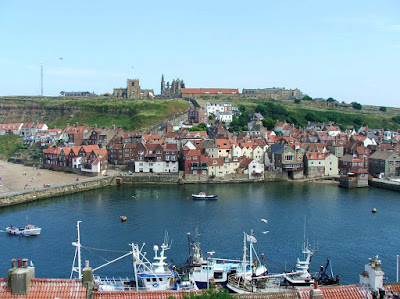 Perched atop East Cliff with views out across the sea to the North, West and East, the remains of the abbey overlook the town of Whitby below and to the West. Sited next to the medieval church of St Mary, the ruins are extensive and offer a good few hours of intensive exploration. 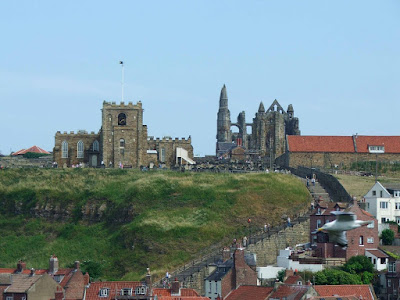 Founded in 657 as a double house priory by the Saxon King of Northumbria, Oswy, the site’s original name was Streanshalh (also the ancient name of Whitby). Lady Hilda, the niece of Prince Edwin, was appointed the priory’s Abbess, and both Benedictine monks and nuns lived and worshipped there. The abbey was home to Caedmon, a well known Saxon poet. When Hilda died, she was canonized, and her relics and those of King Oswy meant that the abbey had a steady income. This money was used to expand the abbey and its buildings. Another princess, Aelfled took over as Abbess. Records of the abbey and its success or failure are then hard to come by and not much is known from this time. 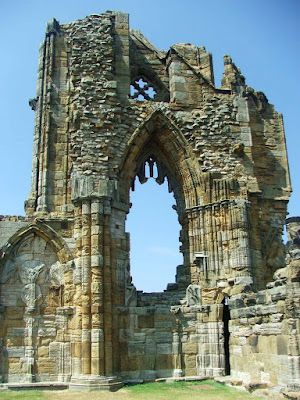 In 664, the abbey was the chosen site of a Synod that would later become known as the Synod of Whitby, a meeting of Roman and Ionean clerics. The Northumbrian Celtic Christian king Oswy eventually ruled that his kingdom would observe the traditions and customs of Rome rather than the Irish monks of Iona, changing the face of Christianity in the North East of England. 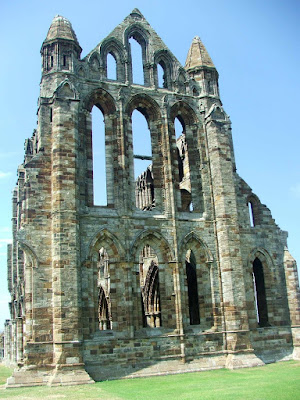 Above photo, courtesy of Tereza Emmott.

In 867 the site was almost completely destroyed by Danish raiders and subsequently abandoned. Indeed, such was the destruction, that the abbey was not re-founded until 211 years later, in 1087. The new abbey was rebuilt by a soldier called Regenfrith, on the orders of William de Percy. This abbey lasted until 1540, when Henry VIII destroyed the abbey and all those around the country during the English Reformation. On the 14th of December, 1539, the abbey was handed over to Henry VIII’s commissioners, under the Dissolution of the Monasteries act. William Davell was the last abbot of Whitby, and he passed a community worth £437 to the crown. The buildings and the grounds were leased to Richard Cholmley in March of 1540. His family took up residence in the Abbot’s lodges. Landscaped gardens were planted and the house was extended. These gardens and the house now form the backbone of the English Heritage visitor’s centre. During the 17th century, the extension to the house lost its roof in a violent storm and was never repaired. The building eventually collapsed, along with major parts of the abbey’s church….firstly the nave in 1762, and then the tower in 1830. 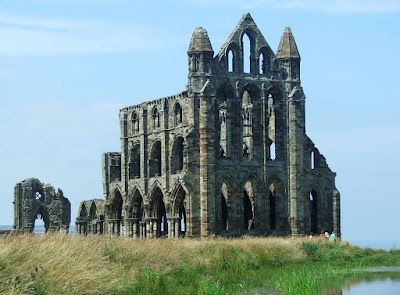 The remains that can be seen today, were probably started in the 1220’s, replacing the earlier buildings, the foundation lines of which can still be seen in the grass. The early medieval gothic structure of the abbey are similar in design to the whole of, or parts of similar buildings of the time such as Glasgow Cathedral and the transepts of York Minster. The abbey would have been a highly decorative building, painted and with many stained glass windows. All these have gone now, and the elaborate carving is all that remains to demonstrate the amount of creative effort that was invested here. 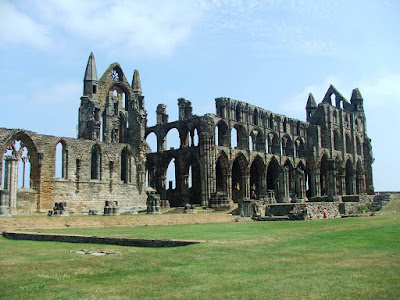 The West front of the abbey was originally an impressive façade facing out over the town below it, and was reputedly still standing in the late 1700’s. Some parts of the masonry began to deteriorate from this time on, and with the help of a sea borne attack by German navy ships, completely collapsed in 1914. During excavations in the 1920’s Saxon tomb stones were unearthed, giving an insight into the first abbey of 657. Some of these tomb stones have been left in situ, and some have been moved to the visitor’s centre. The site is not only a great historical place to visit, but it offers great views out across the sea over Whitby and beyond. I would strongly recommend climbing the 199 steps up to the church of St Mary, paying a visit to this medieval church, and then making your way to the abbey.
Posted by The Cumbrian Castle listing. at 21:25