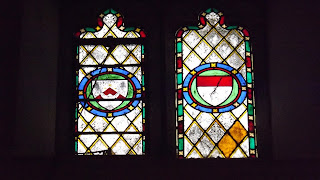 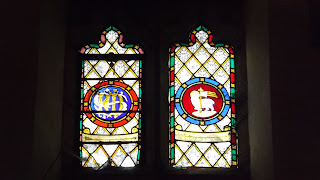 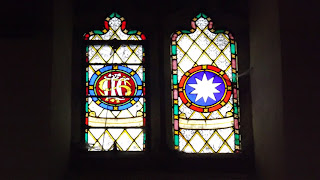 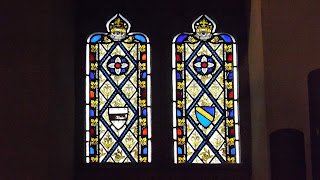 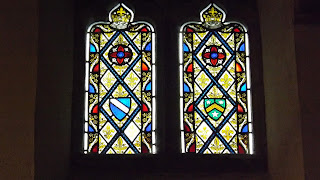 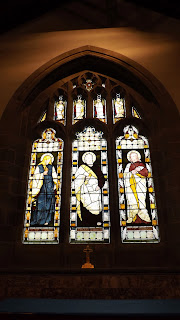 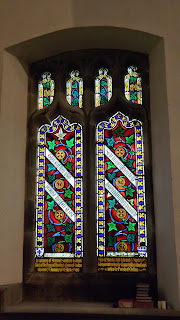 Above. Window dedicated to Sandford Tatham and his wife.


The above is a two light window dedicated to Sandford Tatham and his wife. The dedication reads "In memory of Admiral Sandford Tatham Lord of the honor of Hornby & manor of Tatham, who died 24th January 1810 aged 84 yrs. And of Ann his wife, who died 3 April 1812. They are interred in the Chancel of Hornby chapel within the Parish of Melling." 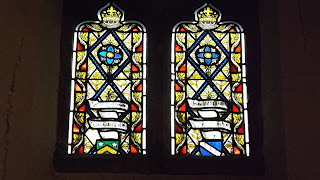 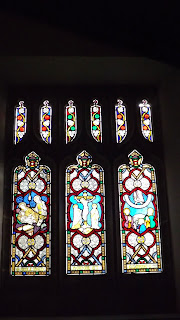 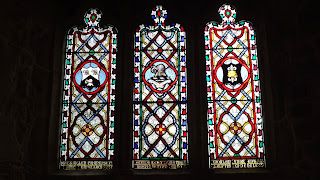 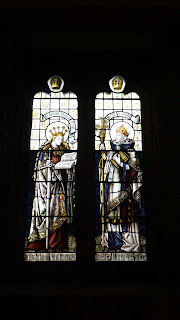 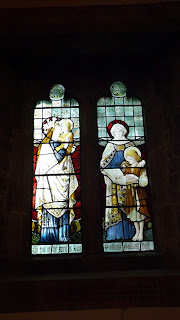 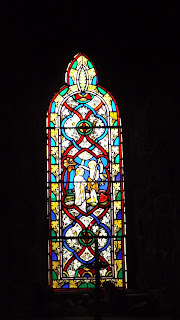 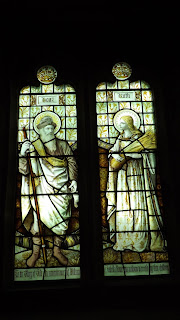 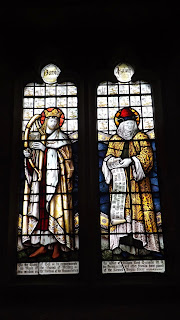 
Posted by The Cumbrian Castle listing. at 19:38