On the B6254, and about three miles South of Whittington, the small village of Arkholme is home to yet another church built over the site of a small Norman motte and bailey castle. 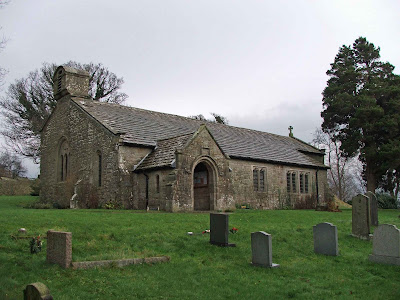 There has been a church on the site from at the very least, the 1450's, when the village was known as Erwhum.

The present church probably contains elements of this earlier church, although the building we see today is a result of restoration that took place in 1766 and 1788. 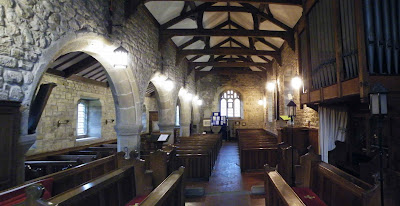 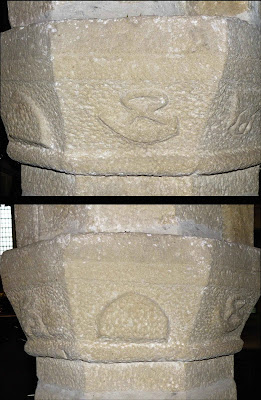 One of the south aisle capitals, has 15th century stone carvings, but these appear to have been roughly chiseled so that any design or pattern on them is now rendered virtually invisible. 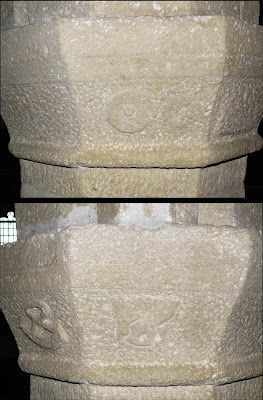 One of the better carvings shows a hare being chased by a dog, although I'm not sure which one of the above photos shows this scene. The church building probably occupies the site of the castle's bailey, although here, as at Whittington, all traces of ditches and ramparts have long since vanished. 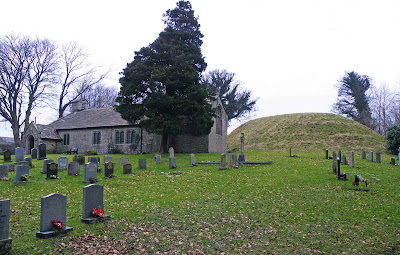 The motte however, is a spectacular remain, standing to around 25 feet tall. The remains of a ditch may follow the course of the footpath that runs to the south of the church. 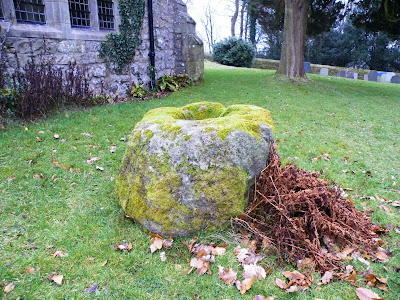 The base of a medieval cross can be found in the church yard.
Posted by The Cumbrian Castle listing. at 20:33