The parish church of Ulverston is situated to the North of the Coronation Hall, at the end of Church Walk. For such a gem of a church, it's very well hidden.

Above. St Mary from Church Walk.


The main body of the building dates from 1864 to 1866 when Paley and Austin were contracted to restore the fabric of the church. It's likely however that there has been a church on this site from around 1111. It was sometime around this period that 'the church in Ulverston' was placed in the care of Conishead Priory, with Furness Abbey also receiving an annual 'rent', possibly buying protection for the area. 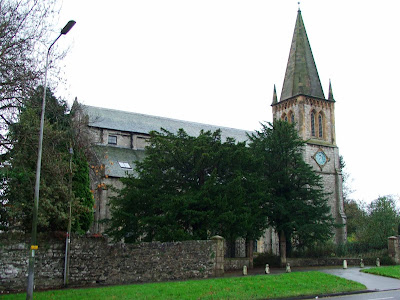 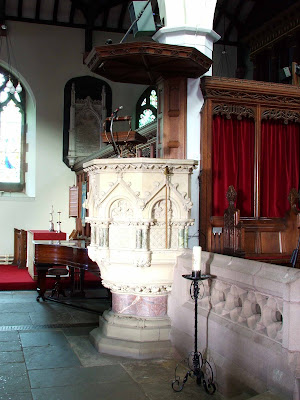 Above. The pulpit with its tester\sound board.


The pulpit is situated at the East end of the church, is made of light coloured stone and has a large tester or sound board over it. The pulpit was used by George Fox, a Quaker preacher famous in the South Lakes area, on about three occasions. He was thrown out of the church on two of these occasions, the second time receiving a beating from the local police before being marched to Moss Side (not Manchester!!) and left to fend for himself. Apparently he had upset the local Ulverston population by calling them liars, drunkards and thieves.
The church containes several interesting memorials. 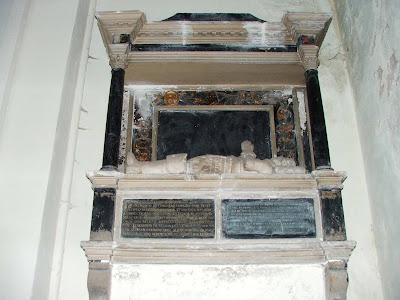 There is a 1606 memorial to Myles Dodding in the West end of the church near the Norman archway. The memorial shows a reclining man, probably Myles himself, enclosed within classical pillars with two memorial plaques written in Latin.

The largest is the tomb of Willaim Sandys. Sandys bought Conishead Priory, eventually passing the site to the Braddyll family who had the tomb constructed for him. The tomb proved to be empty when it was moved from the Braddyll chapel in the East end of the church, prompting the local legend that, as he was murdered, his body was thrown into Morecambe Bay by his murderers.

There is also a memorial to Sir John Barrow, Secretary to the Admiralty and Arctic explorer. The Hoad Monument was built in his honour. 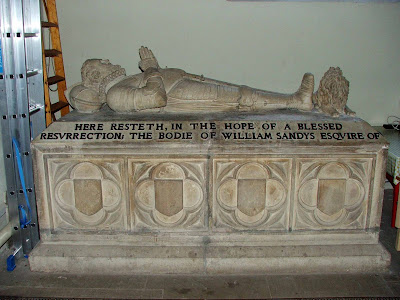 The church tower dates from the 16th century, probably built sometime between 1540 and 1560, and erected after the original earlier tower was badly damaged in a storm of 1540. The partial collapse of the earlier tower, probably also caused additional damaged to the rest of the building. The 1540-1560 restoration took advantage of the dissolution of nearby Conishead priory and Furness Abbey, with stone from these two sites being used to re-build the damaged church. 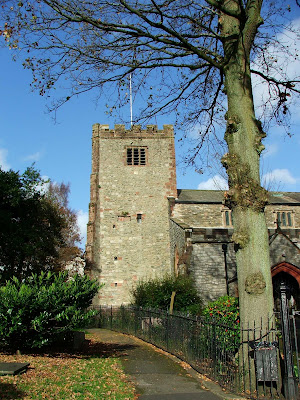 Above. The 16th century tower. 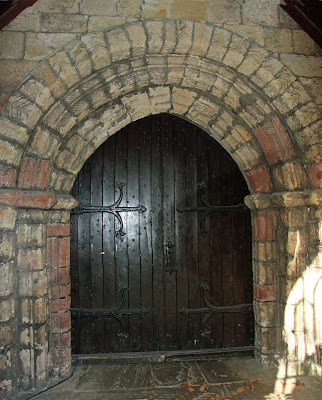 Above. The Norman arch

The only remaining masonry from this 12th century period, is the well preserved Norman arch, hidden away within the 19th century porch. This arch, mounted in the South wall of the church, has probably been moved from its original position, but the incised chevrons are in remarkably good condition.

Above. View down the Nave looking into the Chancel.


The church is not usually open, except for services, but luckily the current vicar was nearby, and allowed me time to photograph the interior of the church.

Posted by The Cumbrian Castle listing. at 18:45