I know I know...not great external photos of the church....but it's one of those difficult buildings to photograph due to the trees surrounding it. St Mary's can be found to the West of Broughton in Furness, hidden at the end of a leafy lane off Church Street. 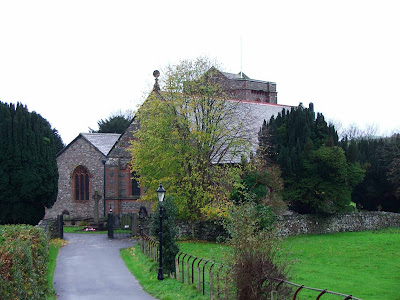 Check the links for photos of the church in the 1890's. Photo 1 Photo 2 A church, on or near this site, may have been established in the mid 1500's, though some elements of today's church may be 'late Norman'...namely the South doorway. The current look of the church is due to a period of expansion and rebuilding that took place in 1873, undertaken by Paley and Austin of Lancaster. 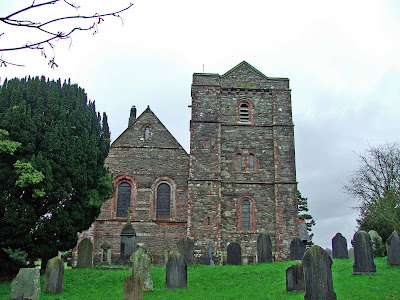 Above. View of the West tower. 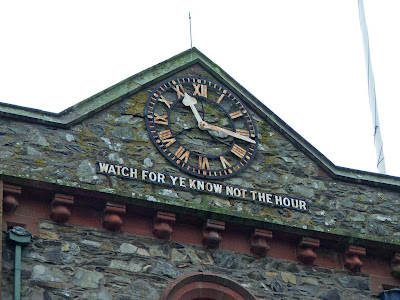 Above. View of the clock on the East face of the tower. 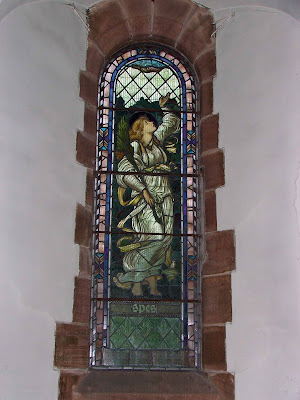 Above. Spes, by Edward Burnes-Jones. To be found in the South aisle.
The window entitled Spes....was originally made by Morris and Company for Christ Church in Oxford in 1870. This particular window was installed in Home of the Good Samaritan in Redcar, and when the building was demolished, the window was brought to Broughton in 1948. The dedication reads "In memory of the Rev John Postlethwaite M.A. of (too faded to read) Broughton In Furness, Died 1886, and Isabella his wife, Died 1876........" 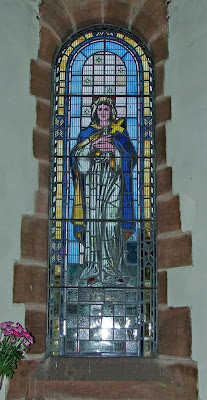 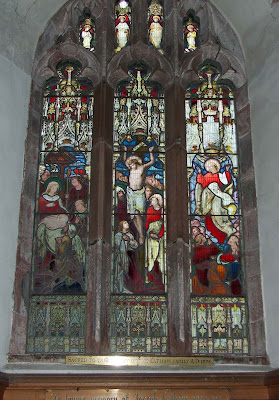 Above. A window with the dedication "Sacred to the memory of the Latham family, A.D. 1875" on a brass memorial below. 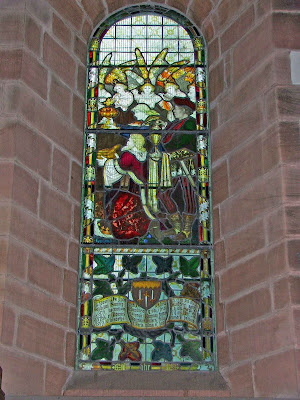 Above. Window with a latin inscription, mentioning the Rawlinson family. 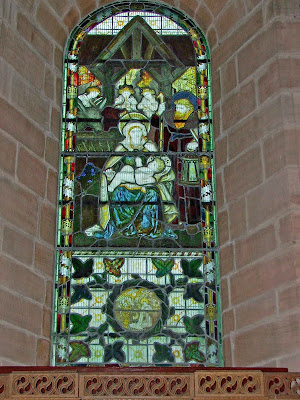 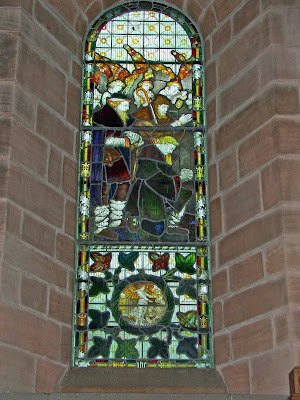 This is a remarkable window. The amount of detail visible in the men's footwear, and the angels wings stood behind them is amazing.

Above. Window with the dedication "To the glory of god and in loving memory of Frederic Amadeus Malleson M.A. Vicar of Broughton in Furness from MDCCCXX to MDCCCXCVII Dedicated by his family and friends." 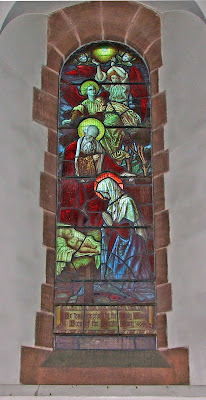 Above. Window with the inscription "He was conceived by the Holy Ghost, born of the Virgin Mary".
If any more information comes to light regarding any of these beautiful windows, I'll post the information here. The church appears to be open for inspection, though parking is scarce so you'll probably need to leave your car in the village.
Posted by The Cumbrian Castle listing. at 20:46