When I visited Oxford in 2012, my wife my little boy and I, picked up a leaflet from the Tourism office on Broad Street. If I remember rightly, the walk was about 3 miles, and is easy walking, taking in many of Oxford's interesting buildings including the churches shown here.

Information on the walk and some of its interesting buildings can be found here.

Here is a good map showing a number of the more interesting buildings that can be found within easy walking distance of the city centre.

The only portion of the church of St Martin that survives, is the 12th century tower, sitting at the junctions of St Aldgate, Cornmarket Street, Queen Street and the High Street. 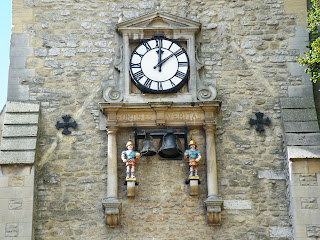 Between 1122 and 1896 the church was the City Church of Oxford, a postion now held by St Michael's at the North Gate. When the main body of the church was demolished (1896) the church lost it's significance to the city. 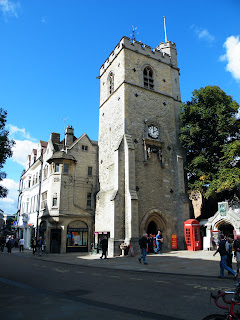 The church has a peel of bells dating from 1676, and the tower, like at St Michael, is open to the public. 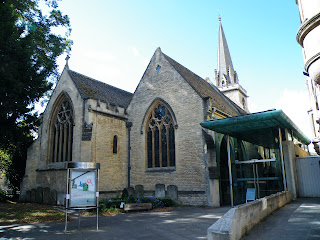 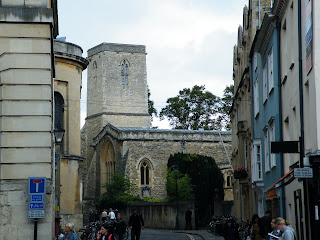 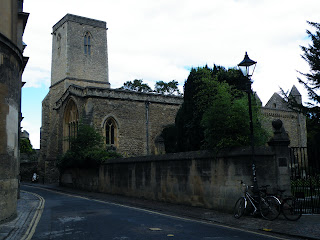 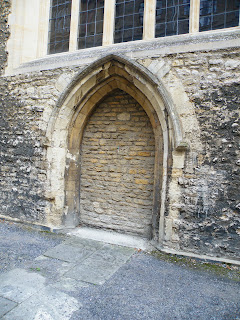 St Michael at the North Gate


This is probably Oxford's oldest building (competing with Oxford Castle's tower), and probably dates from around 1040....a rare pre-Norman structure. The church sits on Cornmarket Street the junction with Ship Street. 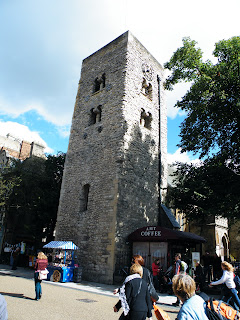 The church is built on the site of the original Northern entrance or gate into Oxford, town defences that are now sadly much diminished. William Morris, the pre-raphaelite designer, painter and writer was married here in 1859. St Michael's church holds the position of City Church of Oxford, the church where the Oxford's Mayor and its City Corporation are expected to worship. It is open to the public, and access is available to the summit of the tower which provides great views over the city of Oxford.

There is some interesting information at St Michael's official website.
Posted by The Cumbrian Castle listing. at 15:31