What a little gem of a church this is. It's hidden from the road and resulted in an emergency stop when I saw it through the trees. The church lies at the South Western tip of Thirlmere, set back off the A591 about four miles North of Grasmere. 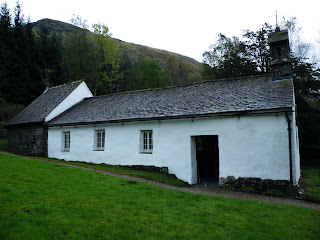 Above. The church from the yard.


There has most likely been a church here since the mid 1500s, though nothing remains of this original building. A new building was erected here in 1640, and major rebuilding was undertaken in 1740. The beautiful apse was added in 1872. When the valley nearby was flooded by the Manchester Corporation to create Thirlmere reservoir, the size of the congregation significantly reduced, leaving the church to be a place of worship for a tiny number of nearby farms. 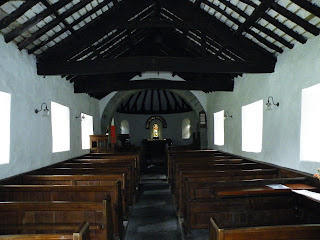 Above. Looking down the nave towards the apsed chancel. 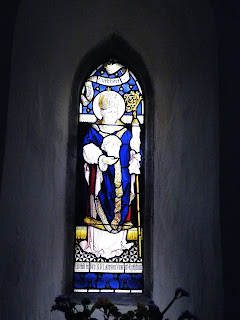 Above. St Cuthbert holding the head of St John the Baptist (?)


One of the three small windows in the West end of the church. The window bears the inscription "Gifted to Rev. B.R. Lawson vicar of Wythburn." 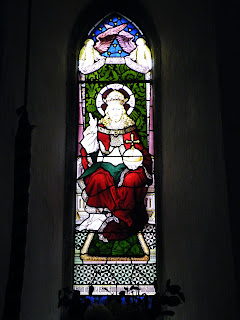 Above. Another window in the West wall, showing a king holding an orb.

This window bears the inscription "A token of love and esteem from @@@@@@ parishioners." 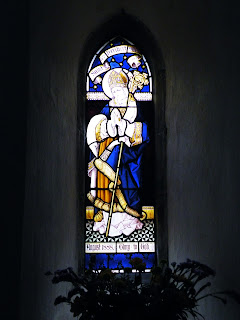 Above. Third of the three windows with an image of St Heribert


This is the first window I've ever seen showing St Heribert. The window bears the simple inscription "August 1888. Glory to god". I've never heard of St Heribert.....but there's some information here about him. 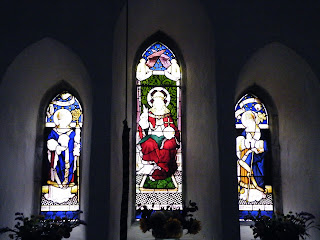 Above. The set of three windows in at the West end of the church. 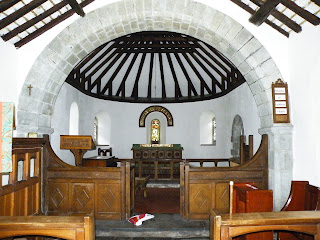 Above. Looking into the apse at the East end of the church.


The three windows in the apse are reputedly by Henry Holiday, a painter, artist and designer working from London in the 1860s, who also has windows in Westminster Abbey. 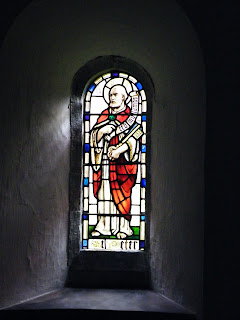 Above. Window depicting St Peter with his traditional key. 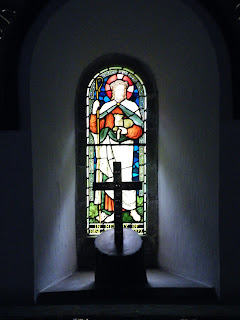 Above. Window depicting Jesus with a lamb. The dedication is obscured. 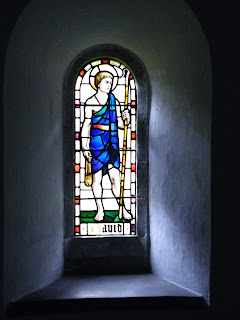 
This is quite an odd window, in that although it states that the window is dedicated to St David, it actually shows the Old Testament David with his slingshot, not the traditional image of St David with his Scottish styled saltaire cross. 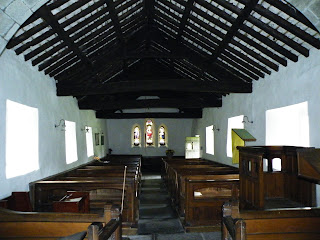 Above. View down the chancel towards the West wall and its three windows. 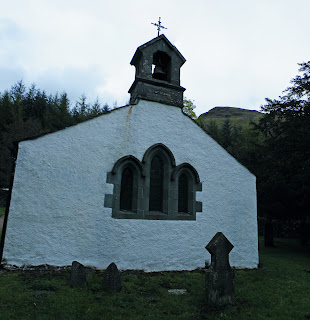 Above. The tiny belfry at the West end of the church.

Above. Wythburn's beautiful apse with its three windows.


The secluded grade II listed church is open for viewing most days, and is well worth a visit....both for the church itself, and for the surrounding scenery.
Posted by The Cumbrian Castle listing. at 14:26