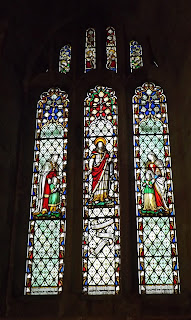 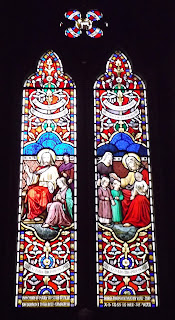 Above. Window depicting Jesus receiving the Poor in Spirit, and the Pure in Heart. 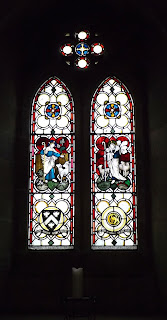 Above. Two light window with coat of arms in the left pane.

Above. Window showing Sir Thomas Wilkinson and his coat of arms.


Window in memory of Sir Thomas Wilkinson K.C.S.I. who was born at Crosby Ravensworth March 10th, 1795 and died in London on April the 7th, 1867. There is also a brass memorial to him on an altar tomb, with the following wording "Here lieth the body of Sir ThomasWilkinson, K.C.S.I. Captain 6th Bengal Light Cavalry, and Lieutenant Colonel Bengal Army, born at Flass March 10th 1795, died In London April 7th 1867"

Above. Window dedicated to the memory of Thomas Gibson of Oddendale, who died on the 27th of June, 1869 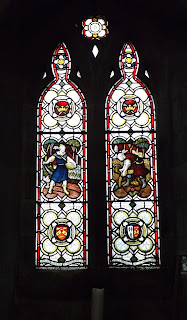 Above. Window depicting the acts of sowing seeds and harvesting.


This window displays the words "Whatsoever a man soweth, that shall he also reap". The window is dedicated to the memory of Robert Wilkinson of Crosby Ravensworth, who died on the 15th of June, 1807, in London. 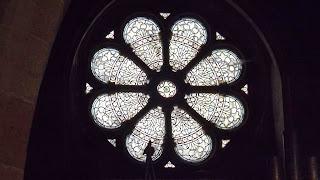 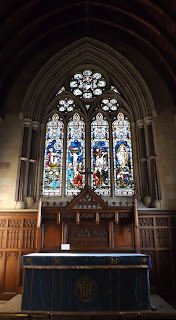 Above. The Chancel and the magnificent four light West window. 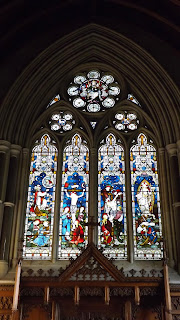 Above. Closer view of the West window. 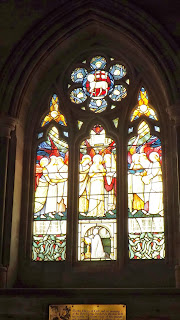 Above. Overexposed photo of three light window....unable to make out the dedication. 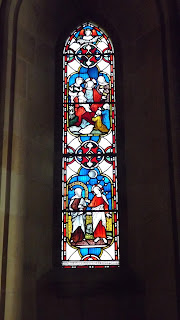 Above. Window dedicated to Thomas Wilkinson, who died on the 21st of February, 1810, gifted by his nephew. 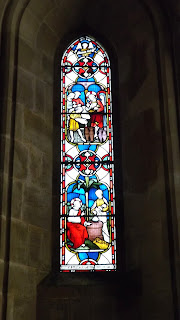 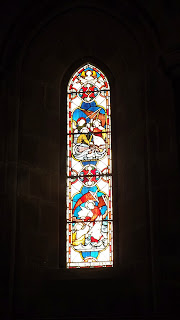 Above. Window depicting Jesus walking on water saving the fishermen. Unable to read the dedication. 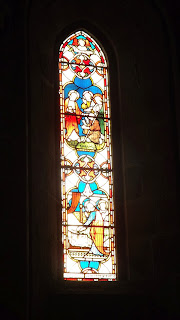 Above. Slightly overexposed photo...unable to read the dedication. 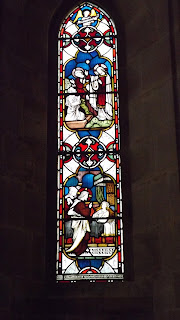 Above. Window dedicated to William Dent of Wandsworth Common, died 7th of January, 1823. 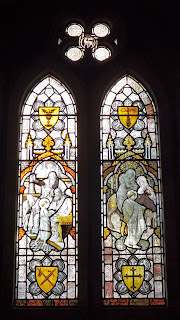 Above. Window depicting Herod's decree to kill all first born sons, and the subsequent fleeing of Mary, Joseph and Jesus into Egypt. 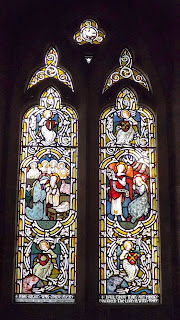 Above. A festive window!. The left hand pane shows the nativity scene. The right hand scene shows the angel visiting Mary to deliver the news. 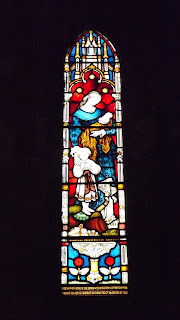 Above. Window dedicated to Caroline, second wife of the Rev. G.F. Weston, who died on the 27th of February, 1864, in Biarritz in France.

Posted by The Cumbrian Castle listing. at 08:48

I was so excited to come across this post! I have been searching online for a picture of the window dedicated to William Dent of Wandsworth Common, died 7th of January, 1823 for over a year now! I was thrilled to come across your blog today.

Thank-you very much for taking such excellent pictures and for carefully writing out the transcriptions on your blog, a great resource for a family history enthusiast myself who is connected to the Dent family!