This is another church in the area that can boast a Norman tower and walls. The tower, and the South walls of the Nave all date from teh 12th century. This wall contains windows inserted in a 14th century rebuild. Local legend has it, that stone from a Roman fort on the road to Carlisle was used in the building of the church. 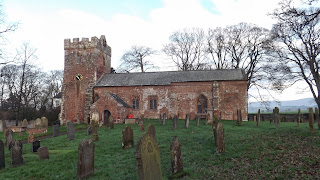 Above. South view of the church. 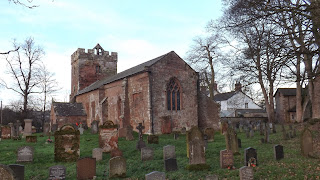 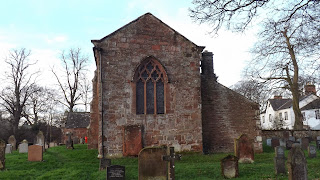 Above. The East window. 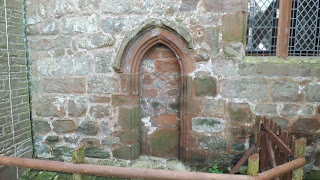 Above. Bricked up priest's door in the North wall. 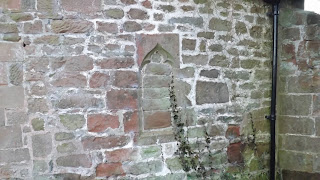 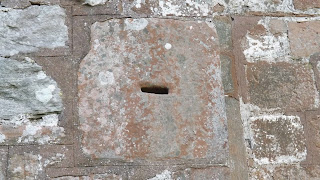 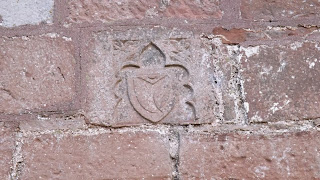 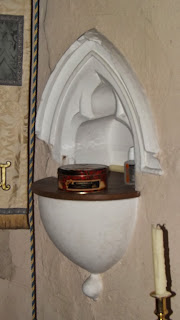 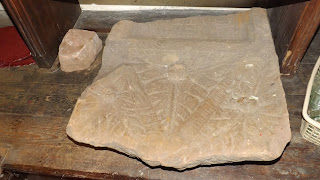 Above. Fragment of Roman tomb stone preserved in the Nave. 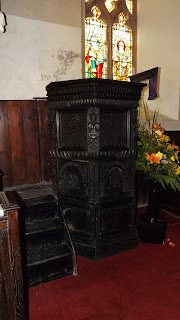 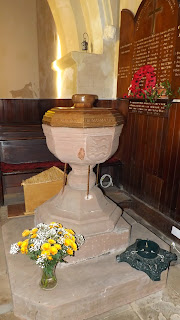 Above. The octagonal font, dating from 1688. 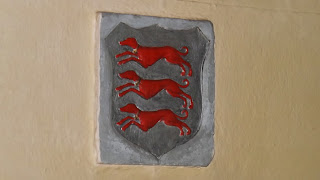 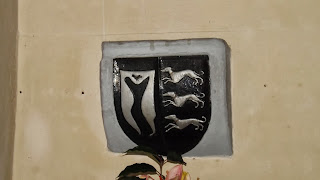 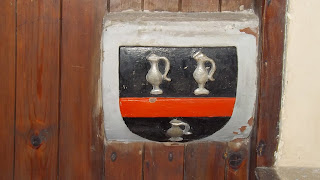 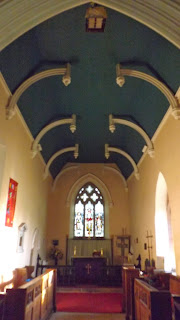 Above. View down the very narrow Nave into the Chancel. 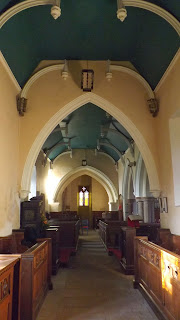 Above. Looking back into the Nave from the Chancel. 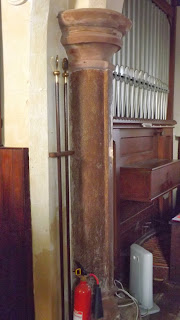 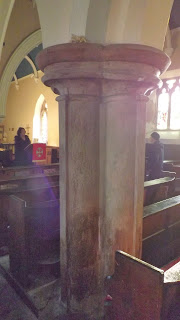 Above. 13th century quatrefoil pier separating the Nave and the North Aisle. 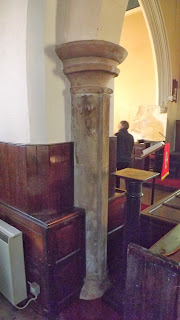 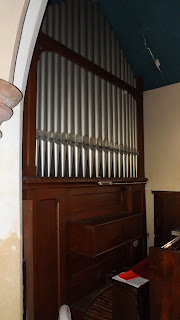 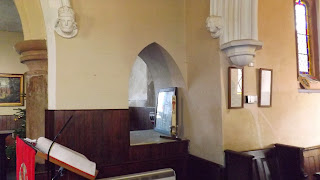 Above. Squint for looking from the chapel to the Chancel. 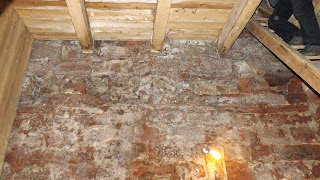 Above. The interior of the Norman tower, one floor below the bell. 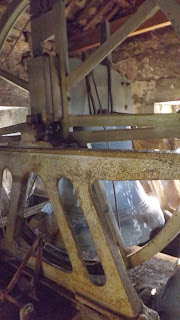 Above. A sneaky peak into the bell tower.

It's thought that the bell, quite possibly one of the largest in Cumbria, came from Shap Abbey, dissolved by Henry VIII in 1540, and was cast in York in 1450. 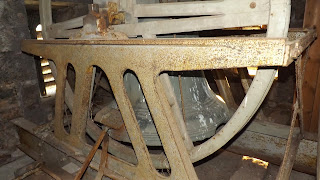 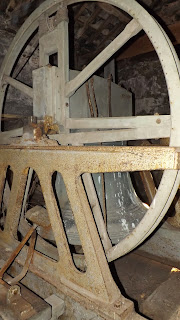 Above. Panoramic shot of carvings on the altar rail.

St Michael's now finds itself on the English Heritage At Risk Register, needing to raise around £70,000 to complete an urgent programme of repairs. Check this link for more information.
Posted by The Cumbrian Castle listing. at 17:08