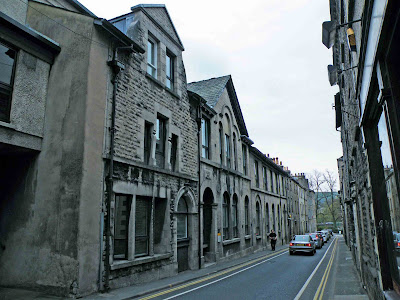 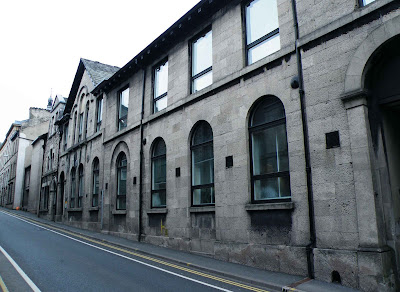 Most of the buildings on Lowther Street were built in the mid to late 1700's, and this chapel is no exception. Originally erected in 1782, it was completely re-faced in 1828...so what its original facade would have looked like is anyone's guess. As far as it's previous life as a chapel is concerned, this building, now used as Council offices, only hints at its former use. There are a couple of hidden decorative corbels still in existence, poking through the more recent hanging ceiling.