Shap Abbey lays about a mile and a half West of the town of Shap, occupying the banks of the River Lowther at the bottom of a small valley. There are numerous sites of antiquity in the area, including 14 standing stones of various sizes, and medieval field boundaries to the West and the South of the abbey. Although the abbey now lies in ruins, there are plenty of standing walls, including the 15th century West tower. 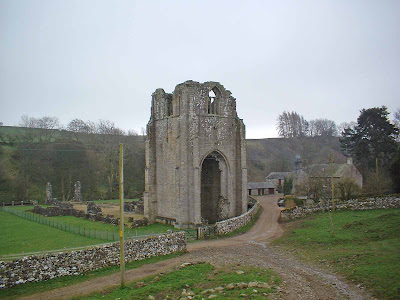 The abbey was probably founded in 1199 by Thomas de Workington , after the abbey of St Mary Magdalene, founded near Preston Patrick in 1192, was moved to the area around Shap….then referred to as Hepp (meaning a heap) The name of the area gradually evolved into the town’s name that we see today, of Shap. Nothing now remains of the original abbey near Preston Patrick, with the exact location long since forgotten. 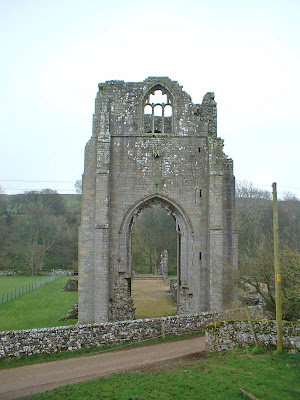 The abbey was granted huge swathes of land throughout the old county of Westmorland, including deer parks and sheep grazing. The canons were allowed to put 60 cows and 500 sheep to pasture on the land, as well as 5 yoke of oxen, and additional 60 mares allowed to run freely. The canons were also allowed to freely collect firewood, timber and other ‘necessaries’ from the land. 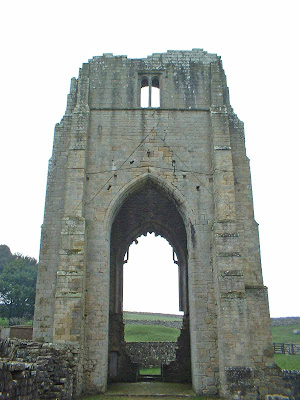 The remains are approached down a dedicated road that runs from the A6 right down into the bottom of the valley. A small car park caters for the many summer visitors. The first sight of the abbey is the 15th century West tower, still standing to a grand height of around 80 feet. The abbey is entered through a stile\gateway. Once into the abbey remains, enter through the huge archway of the tower…..this takes you into the Nave, the main body of the church, with the Quire and the chapel ahead of you. Most of the remains here only exist to ground level…..i.e. the footings of walls etc, however, small parts do still exist to around chest height. 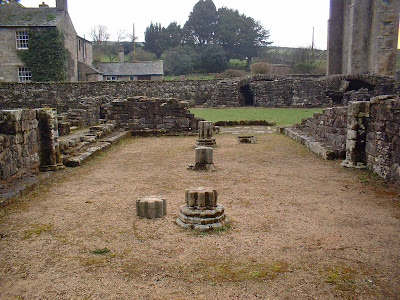 Off to the right of the nave, the remains of the undercroft still survive, with the consolidated barrel vaulted ceilings intact and in good condition. The cemetery area, to the right of the chapel can be seen by the riverside, although the only graves that can be traced now are the three open trough like features that lay in the cloister area.

The farm, to the right of the tower incorporates the abbey’s infirmary and the ward of the hospital…. utilising the still standing buildings there. Much more masonry was removed in the dim and distant past and used to build Shap market hall, and the more decorative stonework was removed and used in the building of Lowther Castle. 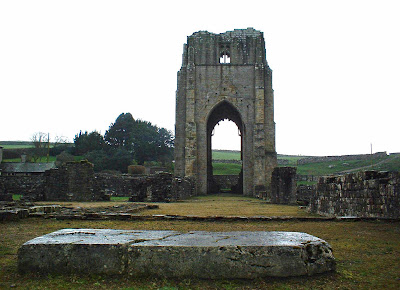 The abbey initially managed to escape the first destructive phase of Henry VIII’s Dissolution of the Monasteries acts in 1536….but the demise of the abbey was only delayed until 1540, when it was sold to the Governor of Carlisle, Sir Thomas Wharton. Shap was the last abbey in England to be dissolved by Henry’s agents, with the last abbot, Richard Evanwode (or Bagott as he called himself) receiving a significant pension of around £40 per year. The other canons still living at the abbey at this time were pensioned off with more meagre payouts…totalling around £4 to £6 per year.

Today, the abbey is in the hands of English Heritage, and is freely accessible at any reasonable time.

Not the best photos of what is such a great site...but when I can pay the abbey another visit, I'll replace them with some better ones.
Posted by The Cumbrian Castle listing. at 19:35