Just off the A65, and about 3 miles South of Kendal, the tiny but picturesque village of Stainton can be found, hugging the banks of St Sunday's Beck, which was once used to great effect, to drive the numerous mills that laid along its banks. The chapel sits just at the road side, and is passed in the blink of an eye if you didn't know it was there. 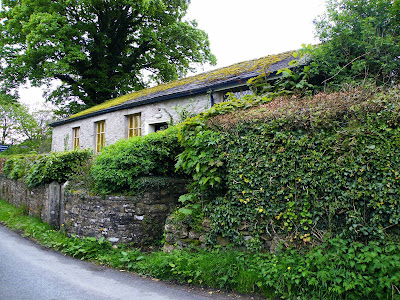 A plain and simple building, it belies the fact that it is in fact a tiny church or chapel. Listed as a grade II building, it was probably built sometime in the 17th century, and has been refurbished at least once, the last time being in the 19th century. At this time, a tiny two storey extension was added to the end of the building. 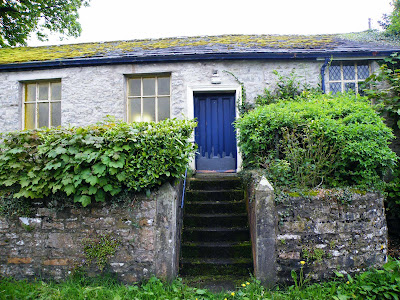 A single pew end is all that apparently remains of the original contents of the chapel, with the date 1695 ID ED carved into its end. 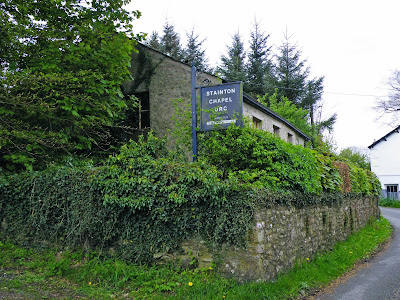 John Hodgkinson's book, The Greater Parish of Kendal 1553-2002 contains an old, undated view of the interior of this church. It shows a very plain and simple place of worship, with undecorated windows, low dark wood pews, and a plain lectern set at one end.

It would appear that this chapel sprang up at the same time as Kendal was experiencing a growth in congregations belonging to descenting chapels in the area, which included the appearance of chapels in the market square, Fleece Yard, Shakespeare Yard and others.
Posted by The Cumbrian Castle listing. at 15:53

There used to be a plaque to my Great Grandad Isaac Craghill in the chapel. I have a photo, but can't see how to upload it.
We called into the chapel in August 2011, but there was no trace of the plaque.
Does anyone know where it went?