The church of St Lawrence at Morland is one of the oldest churches in Cumbria. With it’s 11th century tower, 13th, 14th and 16th century walls, it is a unique church in the area, being the only Saxon tower. The manor of Morland was originaly held by Ivo de Tailebois, who also held the manor of Kirkby Kendale (Kendal) Above. A view of the South face of the church.
The church was one of those that he granted to St Mary's Abbey at York, along with the parish church in Kendal. The parish of Morland is therefore somewhere in the region of at least 940 years old....with the possibility that the Saxon tower and any church that it may once have been connected to, may have been considerably older. 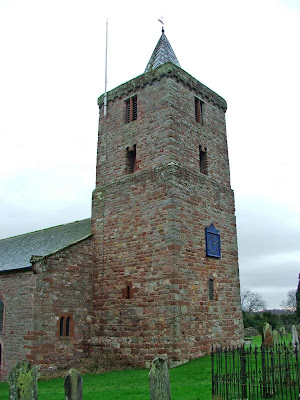 Above. The tower viewed from the North.
The tower is the crown jewel in this building, dating from some time before the Norman invasion of 1066. Like many of the older churches in this area, there is no sign of a door on the outside walls of the tower. 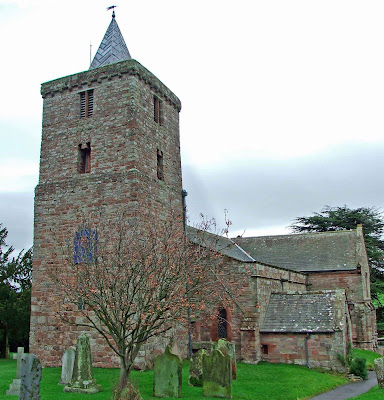 Above. A view of the tower from the West.
Instead, a tall, narrow doorway exists inside the church, standing to around seven feet. The top portion of the tower, which is slightly narrower than the Saxon portion, was probably added in the 17th century, with the lead spire being added much later on.

The walls to the North of the North aisle are mainly 18th century, with a 12th century chapel immediately to the East now housing the organ.

The arches between the Nave and the North and South aisles are all 13th century, except the two supports that are built into the tower….these are probably 12th century…the only surviving architecture from this period. The church seems to have lost most of the 12th century masonry, with a mass of 13th century building still surviving.

The South aisle walls, and those of the chapel here, all date from the 13th century, while the chancel at the Eastern end of the church seems to be 16th century. 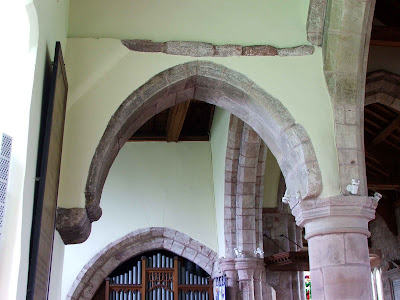 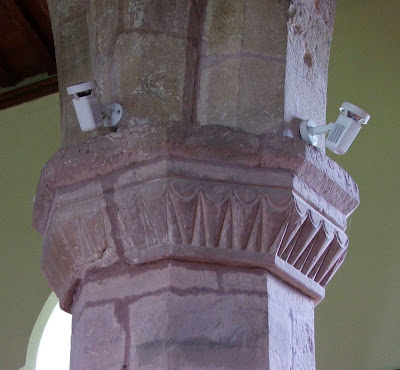 Above. A 13th century, scalloped pier. 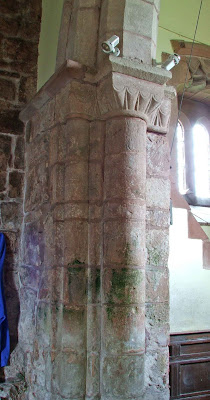 Above. One of the 12th century piers at the West end of the nave. 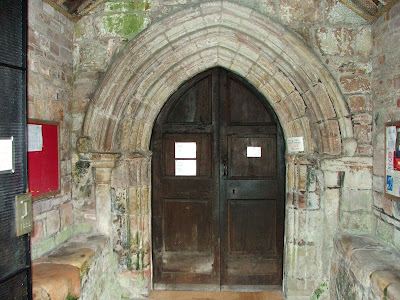 The impressive doorway in the South wall, with its classic Norman arch and supports, unfortunately hidden away within the 17th century porch.
In the North chapel, and the South wall of the Chancel, two 14th or 15th century screen surrounds survive….adorned with heads and angels. A grave slab, decorated with a plant motif has been re-set into the chapel wall, and is remarkably intact and well defined.
The church seems to be one of those that is left open for people to visit, but unfortunatley, the tower was locked.

This is the church's web site.
Posted by The Cumbrian Castle listing. at 18:54