The small village of Halton in Lancashire, sits about 3 miles North East of Lancaster. The River Lune sits to the South of the village, and Cote Beck runs North to South bordering the village on the West side. The small motte and bailey was built at the top of high cliffs over looking the beck, making use of a natural high point in the surrounding area. The village church lays at the foot of the cliffs, to the South East of the castle remains. The church, dedicated to St Wilfrid, possesses a tower built in 1597. 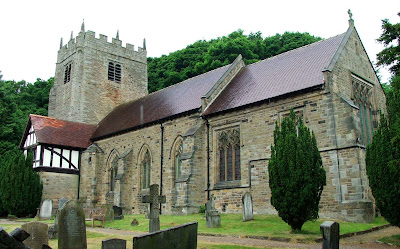 There is also a Paley and Austin chancel built between 1876 and 1877, and an 11th century cross (broken into bits and restored in the 19th century!!) 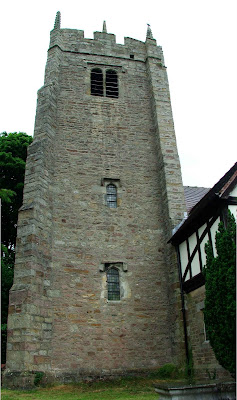 The four and a half metre Viking cross probably dates from the early part of the 11th century, and was in the past broken into around 4 pieces. Large sections are now missing, but the 19th century restoration was done fairly well. The missing pieces were replaced with undecorated pieces of stone, and the original remains are in pretty good condition all things considered. 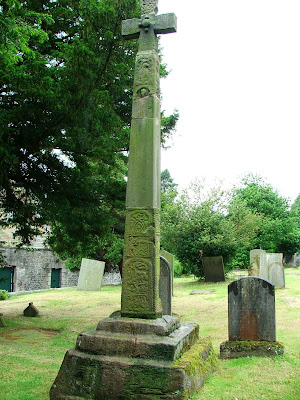 The original base has been mounted on a firm foundation, then there is a blank piece inserted, then there is a portion of the original cross head, and then a representation of the main part of the cross has been inserted, finally topped with a small piece of the original cross head. The cross tells the story of Sigurd the Volsung (dragon slayer), a pagan hero, but is also decorated with Christian symbols, including St George slaying the dragon, and the apostles, Matthew, Mark, Luke and John.
Below...the four faces of the upper half of the cross. 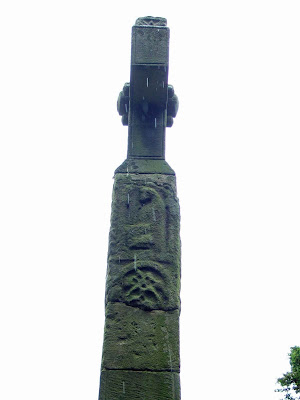 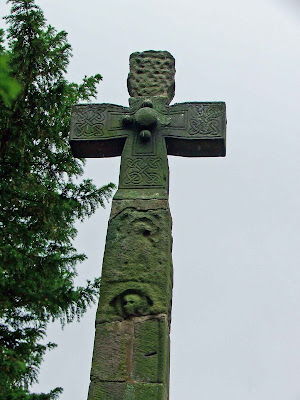 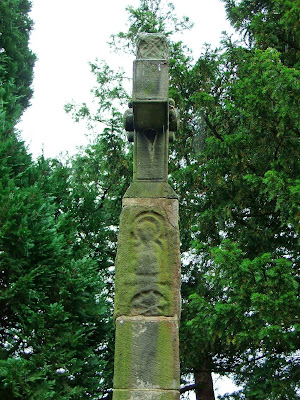 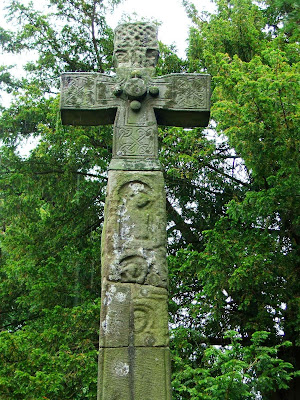 Below...the four faces of the lower half of the cross. 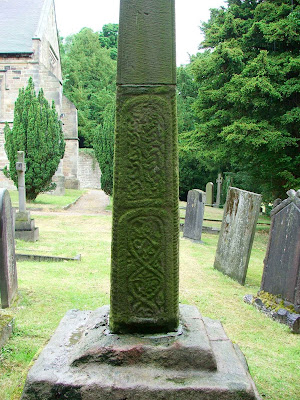 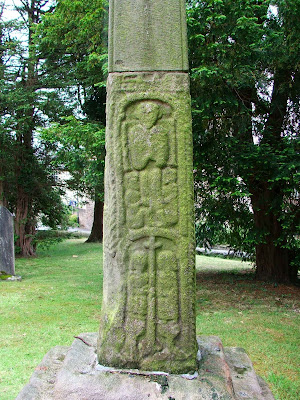 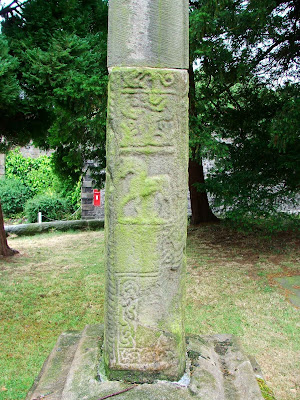 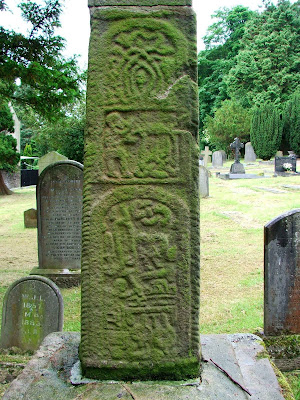 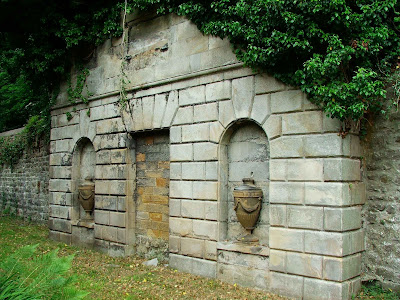 Above. The 18th century family vault belonging to the Bradshaw family.
Above the church, in a small privately owned field, the remains of Halton's very own motte and bailey castle still survive, intact, but slightly mutilated.

The motte and bailey castle at Halton belongs to a group of fortifications built along the River Lune, and represents the largest concentration of these earthwork castles outside the Welsh borders. Others in the region, are situated at Melling, Arkholme, Hornby, Whittington, Lancaster (the original castle!) Burton in Lonsdale and Kirkby Lonsdale....8 in total!!! The manor of Halton was held by Earl Tostig, a Saxon who was King Harold's brother. Before the Norman invasion of 1066, the manor of Halton was one of the most important manors in the North of England, but its importance declined in the 12th century with the building of Lancaster Castle and the expansion of the town around it. It's most likely that the earthwork castle here was built sometime after the 1066 invasion, but whether Earl Tostig had a fortification here before is not known. Tostig was killed on the 25th of September 1066, at the battle of Stamford Bridge, when the Norwegian King Harald Hardrada attempted to invade England. It is believed that Tostig's body was removed from the battle site, and buried in York Minster.
The church does not appear to be kept open. Parking is very restricted in the village near the church.
Posted by The Cumbrian Castle listing. at 17:47

Fantastic website, I hadn't come across cumbrianchurches.blogspot.com previously in my searches!
Keep up the excellent work!