St. Mary’s church sits in the middle of the North Yorkshire village of Ingleton, overlooking the rivers Twiss and Doe where they converge to form the river Greta. 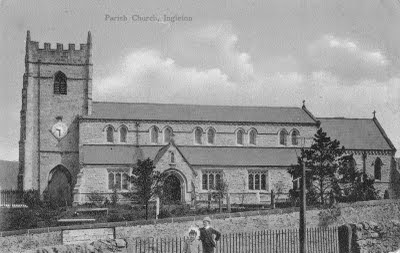 Above. St Marys from Main Street....perhaps around the 1950s (from personal collection) 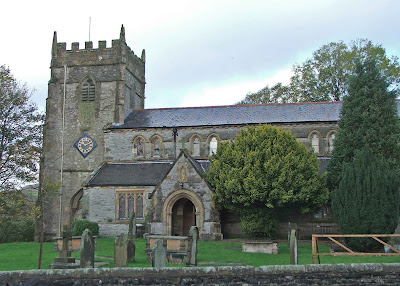 Above. The South face of the church.
The church is a grade two listed building, and several stages of construction and re-building are in evidence. 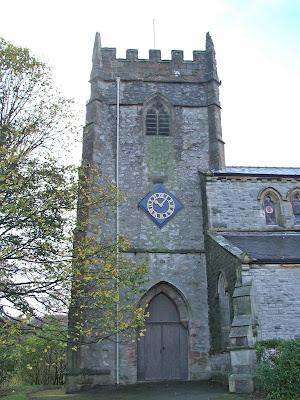 Above. The tower, probably the oldest part of the church standing today.
The tower is predominantly of late medieval construction, dating from the 15th century, whilst the rest of the building dates to around 1886. The building we see today, is probably the result of a huge rebuilding project that took place at this time, probably replacing an earlier chapel that dated from 1743, and following designs by C.E. Tate. 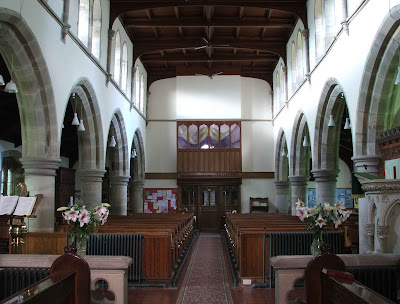 Above. Looking down the nave towards the tower.
The church is built on a West-East axis, with the tower to West of the site, and the altar and main stained glass window to the East. 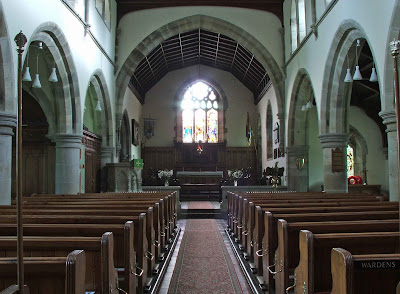 Above. Looking down the nave into the Chancel.
Inside, the church is three aisles wide, with chorister stalls to the East of the building. 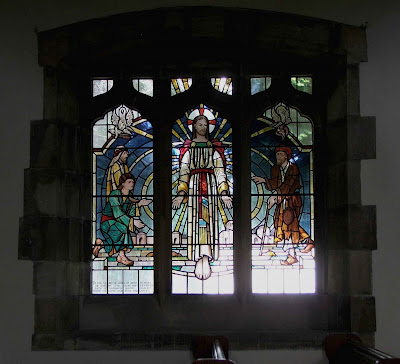 Above. A window in the South wall.
The dedication reads "To the glory of god and in dear memory of Joseph and Margaret Bentham, late of Yanham House Ingleton, their six sons and four daughters. 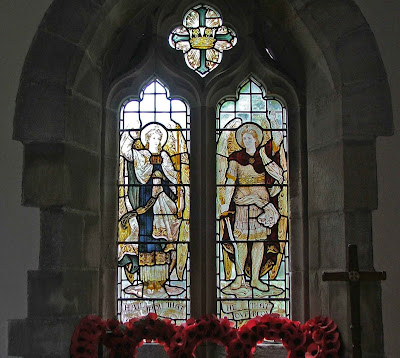 Above. The second window in the South wall.
There are reputedly undated and as yet unidentified wall paintings behind the chorister stalls, but I have not seen these. 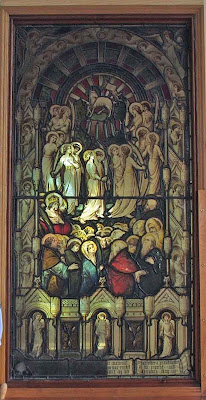 Above. A small stained glass window in the wall separating the nave from the tower.
The font is of particular interest. It is of Norman origin, and was thrown down the embankment to the West of the church yard , allegedly, by Parliamentarian forces, where it lay for some years. 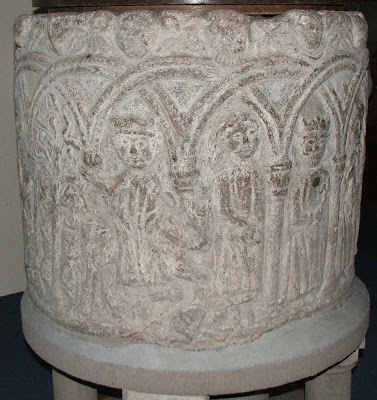 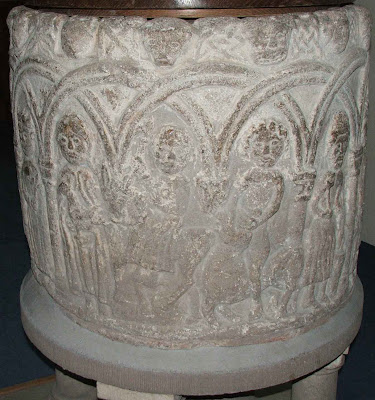 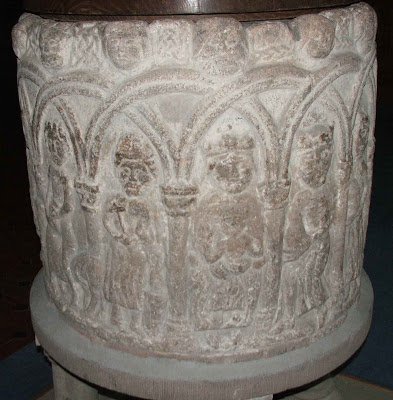 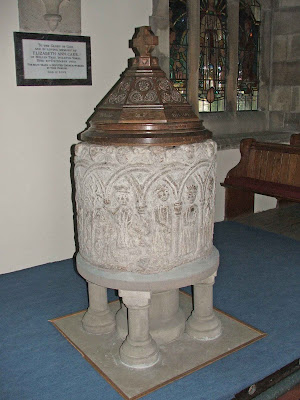 It was rescued at some point, and used for mixing plaster. It has now been restored to its correct position within the church. It's presence in the church suggests that there was an earlier church on the site. There are a number of rare chest tombs in the churchyard, dating from the 1760's and 1770's, all grade II listed.
St Marys also apparently possesses a rare 'vinegar' bible...so named due to the misnaming of a chapter as "The parable of the vinegar" instead of "The parable of the vineyard" and dating from 1717.
An interesting note regarding the pews in the church. If you have some spare time and want a challenge....look for the small carved mice hidden about the church. There are quite a few of them. The mice are apparently trade marks of the Gillow furniture makers of Lancaster.
Posted by The Cumbrian Castle listing. at 22:20

I visited the church with my son and granddaughter. We tried to find out who is the figure on the right, next to Mary and Jesus,in the main stained glass window above the alter.
Nobody knew! I still cannot find an answer now I am searching on the web!
Could the figure be St Leonard?

Interesting question. In the 16th century, the church was dedicated to St Leonard, but he is usually depicted holding chains, fetters or manacles. This figure is holding some sort of flower, possibly a lily. More research is necessary.