The chapel of St John the Evangelist can be found in the grounds of Skipton Castle, a few yards to the west of the gatehouse. This simple grade I listed building was probably built in the 13th century, with records first mentioning its existence in 1315. 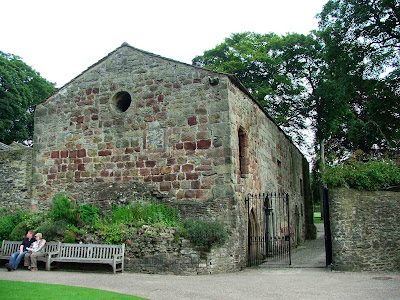 This view, looking towards the West wall of the chapel, shows the single tiny round window which would once have been accessible from inside via a gallery. 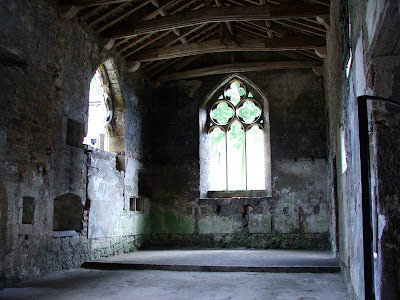 A view of the East window. 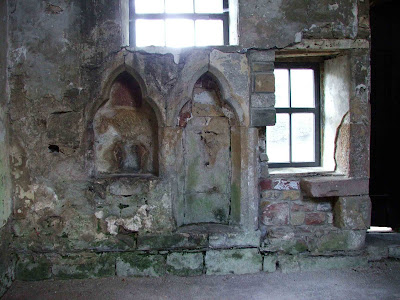 Piscina and sedilia in the South wall. The window to the right of these features, probably contains the remains of a second sedilia. 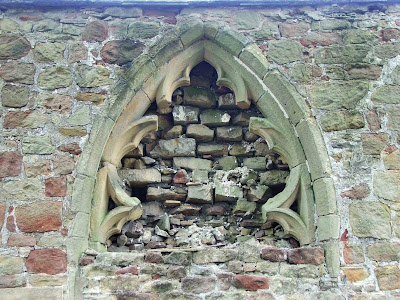 View of one of the windows, bricked up but otherwise well preserved. 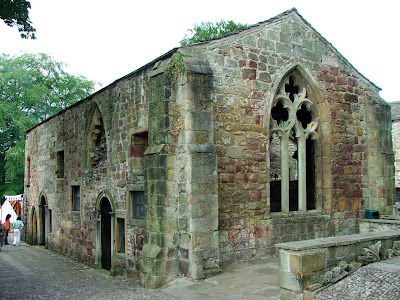 View of the East window from the outside of the chapel. The chapel was used by residents, the garrison and visitors to the castle. There were no burials allowed here, the parish church a few hundred yards away would have been used for this purpose. The chapel was probably built as a chapel of ease, and would have been easily accessible should the castle have been besieged.
Posted by The Cumbrian Castle listing. at 01:04