This mostly 15th century church lays down Church Lane in the small Lancashire village of Tunstall, some 4 miles South of Kirkby Lonsdale and just North of Thurland Castle on the A683. 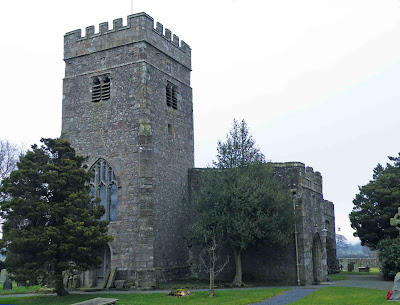 The church is reputed to have been built around 1415, though most of the current building seems to date from a little later. There are certainly the remains of a 13th century structure built into the church fabric, including a six foot long sepulchral slab, found when building work was being done on the interior of the church. There are also some 13th century capitals (the decorative tops of the pillars) with scalloped tops and defaced\damaged carvings. A major period of refurbishment in 1847 appears to have erased any further traces of the the earlier church. 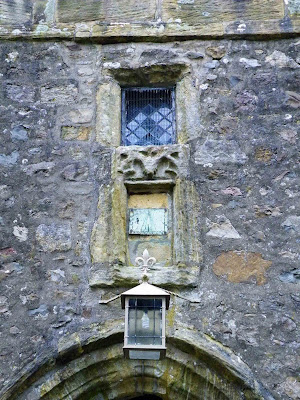 The niche over the doorway now contains a sun dial, though perhaps it may once have been home to a statue, possibly of John the Baptist. The photo below shows a the coats of arms for George III. 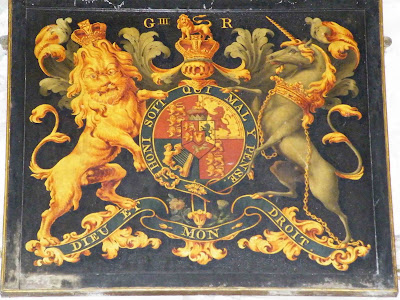 The South porch has a tiny room hidden away, and accessible via a ladder pinned to the wall. Access to this room would once have been from a gallery, long since removed, that would have provided additional seating at the back of the church. These days the room is used for storage, though was empty when I visited. 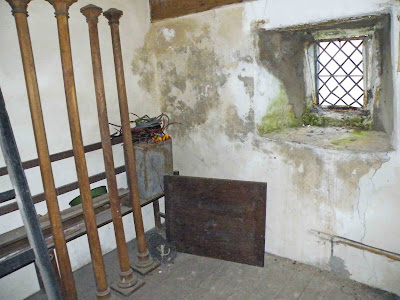 This tiny room was once used for Sunday School meetings, and in 1824, when the Reverend William Carus Wilson became the parish priest, he set up the School for Clergy Daughters at nearby Cowan Bridge. Every Sunday, sisters Maria, Charlotte, Emily and Elizabeth would walk the three miles from Cowan Bridge to the church at Tunstall to attend Sunday School here. Their surnames were of course Bronte, and Charlotte, in her book Jayne Eyre, used Tunstall church as the basis for the imaginary church of Brocklebridge. 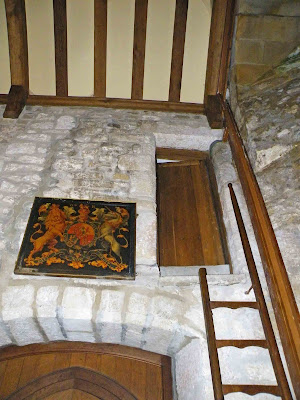 The carved wooden screen separating the nave from the chancel, probably dates from around 1907 (shown below) 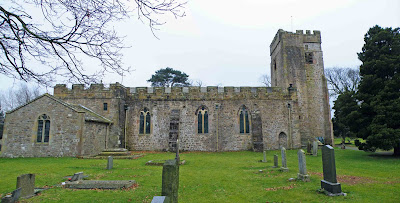 The West tower dates from the 1415 rebuild of the church, and has small panels on at least three of the external walls with heraldic symbols\emblems carved in each. 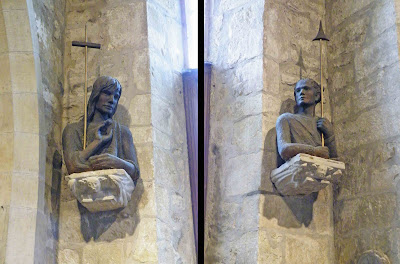 These two carved figures can be found either side of the alter. They are probably sitting on medieval corbels, most likely moved from another location within the church.

The church appears to be open for visits, although, as usual, please check for services before entering.
Posted by The Cumbrian Castle listing. at 09:05