The small Cumbrian village of Edenhall can be found about three miles North East of Penrith, just off the A686. The church lays down a lane leading to an area known as Church Wood….and here the red sandstone building stands alone in the fields, with the River Eden to its East. 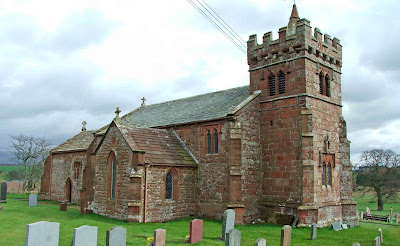 The church is a mixture of 12th, 14th and 15th century architecture. The three storey 15th century West tower is reputed to have been built with defence in mind…certainly the walls are very thick here with wide diagonal buttresses. 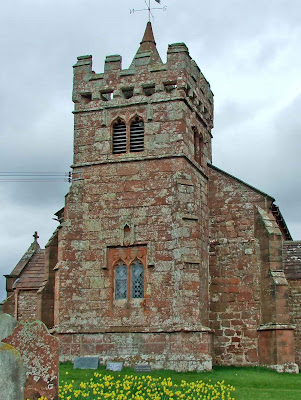 The tower also possesses a good set of machicolations…..gaps that face downwards in the crenelations that top the tower. These additions would have enabled anyone seeking refuge in the tower to fire or drop objects on anyone seeking to enter the tower uninvited. They could be purely for decoration though…or even drainage, as the tower has a small spire that sits on an otherwise flat roof.

The nave and small portions of the chancel walls, date from the 12th century, indicating that the original church (or even the second church on this site) was much smaller and plainer. Indeed, the chancel was obviously extended at some point, as the East end is all of the 14th century. 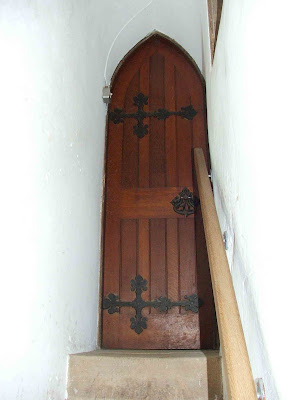 The tower is accessed via a very narrow stairway, with a tall narrow door at the top. To get to the doorway, a set of stairs must first be climbed which then open out onto a gallery. This would have made the tower difficult to access, and easy to defend. 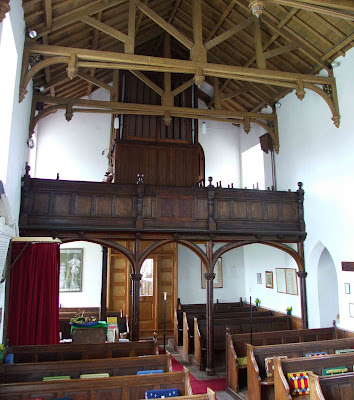 There is every likelihood that there was an even earlier church on this site (pre-12th century) as there are a few pieces of masonry, now built into the walls, that most likely date from the 1100’s, indicating that there was most certainly a Norman building on or near this site. Nothing of any substance remains of this building, and the huge arch that separates the nave from the chancel is a 19th century faux Norman arch…don’t be fooled!

A window in the east wall of the chancel is reputed to have some 11th century glass contained within it, in fact, many of the windows seem to contain the remnants of older windows, almost representing small collages of these precious remains. 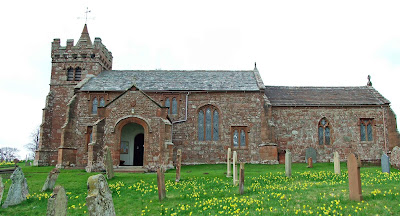 The church has plenty of parking nearby, and seems to be open for inspection. Of additional interest, is the medieval cross that sits by the road side as you drive back towards the village of Edenhall.
Posted by The Cumbrian Castle listing. at 14:27