This is a most striking church, dressed in its grey and brown cladding. Situated on Church street, in the South of Barrow, it stands out amidst the other buildings in this area. St George was built between 1859 and 1861 to designs by E.G. Paley of Lancaster. It was consecrated on the 4th if January 1861. It was funded by the Duke of Buccleuch and the Duke of Devonshire. A North aisle was added in 1867, largely funded by Sir James Ramsden. It contains two stained glass windows by Shrigley and Hunt of Lancaster. 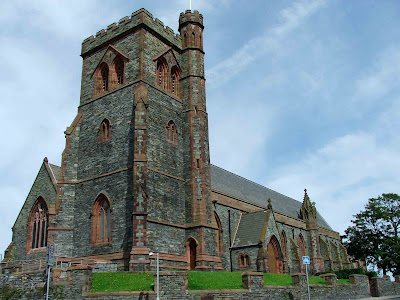 The church was erected as a brand new place of worship. Prior to its erection, the nearby St George's School and Mechanics Institute, built in 1849, was used as a chapel, being granted a license as a place of worship, in 1852. The church was built to seat around 1000 people, with all seating being free and available to anyone who chose to attend services. 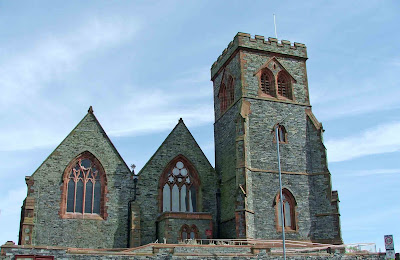 It was unfortunate that the church was not open on my visit.
Posted by The Cumbrian Castle listing. at 16:24