This tiny little church can be found about three miles North West of Sedbergh, heading out of Sedbergh on the B6257. Here the road skirts the side of a shallow valley with views out to the East over Brant Fell. The original chapel that served the many farming communities in this windswept area, can still be seen, about a mile to the West of the current church. The walled enclosure is thought to have been the site of the first chapel, blown down in a storm in 1839\1840. A few grave stones remain within the enclosure. 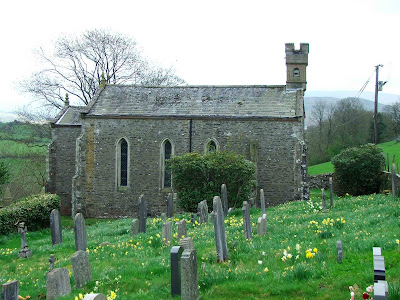 The church shown here, was built in 1842, and can be attributed to George Webster from Kendal. The location of this Grade II listed building was probably chosen over the more Westerly and exposed original position, in order to afford the building a little extra shelter against the Winter storms. 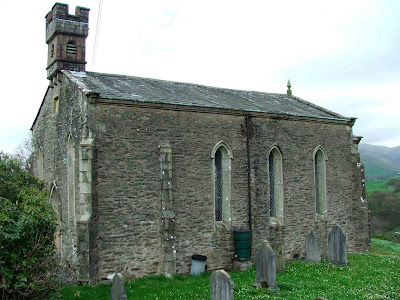 The church is a single room affair, with a simple nave leading to an apsed chancel through an undecorated arch. The tiny bell turret has a single bell hung in it, and has emphasised embattled parapets. 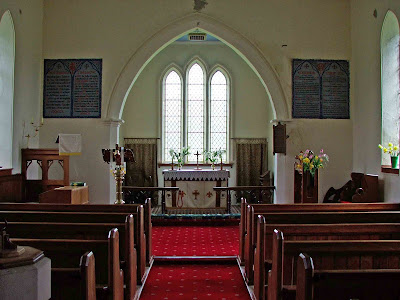 The church is full of charm, and in a strange Dr Who twist, genuinely has a tardis feel to its interior. The small, perfectly formed exterior doesn't do the interior justice. There is an air of 'space', and climbing up to the balcony, the church offers another dimension to its charm. 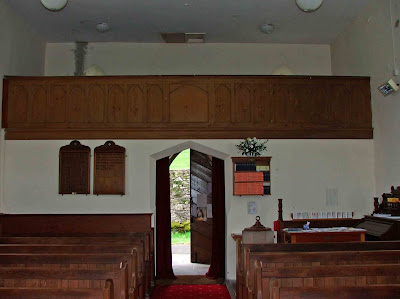 Most churches in the area seem to have their galleries removed, but this one is built into the fabric of the church, and has therefore remained. 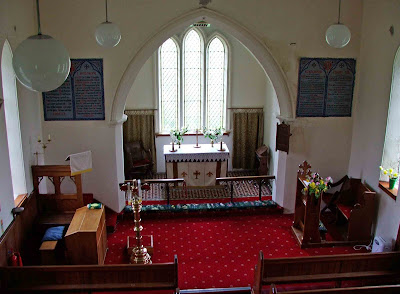 The above photo shows the view from the balcony, with the Lords Prayer, Creed and Commandments boards either side of the arch leading to the chancel. I think this church is open for inspection all the time, and together with the location, is well worth a visit.
Posted by The Cumbrian Castle listing. at 18:31