About seven miles to the West of Coniston, and some ten miles North of Broughton in Furness, the tiny hamlet of Seathwaite is virtually hidden in the shadows of Coniston Old Man. The road leading North out of Broughton winds through valleys with towering Lake district fells each side, and tree lined hill sides. It's a beautiful drive with the opportunity to stop for many photographs. 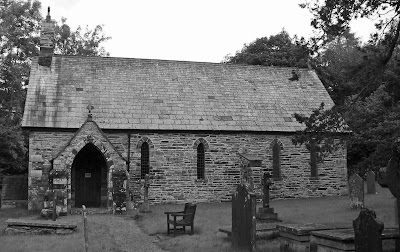 The church we see today replaces a chapel that stood on the site from around 1684. Money was provided for the building of this small traditional lakeland chapel, by H.W.Schneider, with the designs provided by Paley and Austin of Lancaster. It was consecrated in 1874. It is a single celled building with an undivided nave and chancel. The chancel is lit by three tall single light windows, beautifully decorated. 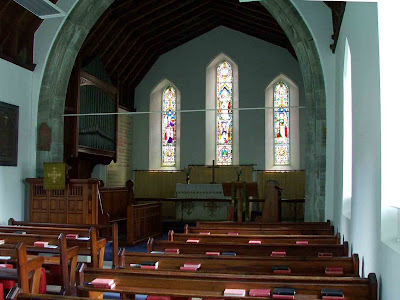 The most famous curate of Holy Trinity, was Robert Walker, the subject of a sonnet called The Excursion, by Wordsworth, in which he is referred to as "wonderful Walker". Robert Walker preached here for nearly 62 years, dying at the grand old age of 92 in 1802. 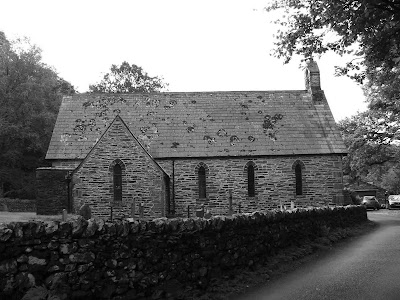 The church appears to be open for visitors to have a look around, and small as this church is, it is well worth a visit. There is very little parking nearby, and as the roads are narrow here, care should be taken.
Posted by The Cumbrian Castle listing. at 18:15