This rather modern looking church lays at the junction of the A595 and the A5093, about six miles North of Millom. Built in 1807, it replaced an earlier chapel built in 1721 which was becoming too dangerous for the local congregation to use. A collection of £200 was raised from the local population to pay for the replacement church, along with a grant of £800 from Queen Annes bounty and a private donation of £100. In 1825, a government grant of £1000 was given, which enabled the local parishioners to finish the building. 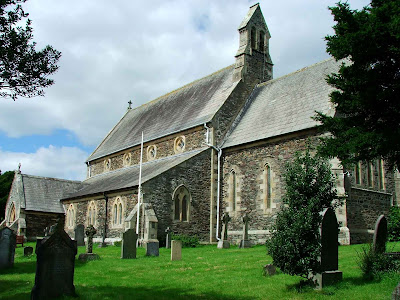 In 1757, in the original chapel, a library was founded....containing 48 books and pamphlets. This gift to the local parish, was provided by Dr Bray. The church is unfortunately screened by a few trees....so it's very difficult to get a clean shot of the building. 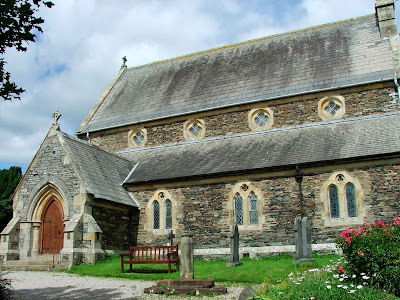 There is no parking here, and the church is kept locked except at services.Check the following link for some information on Queen Anne and Queen Anne's Bounty.
Posted by The Cumbrian Castle listing. at 20:08