This beautiful white washed church can be found about six miles North of Broughton in Furness, on Bobbin Mill Lane next to the River Duddon. The church lays in a kink in the road, and has had its yard cut in half by the lane. This is a grade II listed building, probably built in the later part of the 16th century. There doesn't appear to be an exact date for its erection or consecration, but there is mention of a church on or near this site as far back as the 13th century. 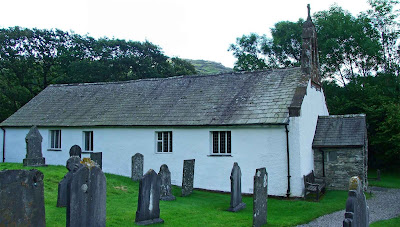 The church seen today is a simple, single celled building, with the nave and chancel open to each other. The tiny bell cote contains two bells....as shown below. 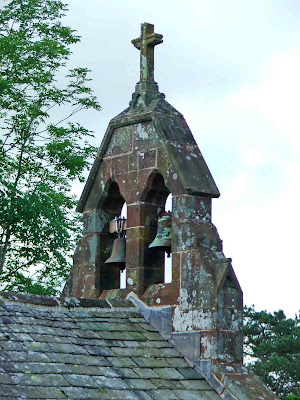 Probably the most interesting feature to be found inside church, are the wall paintings, re-discovered in 1934 when the white wash was removed. 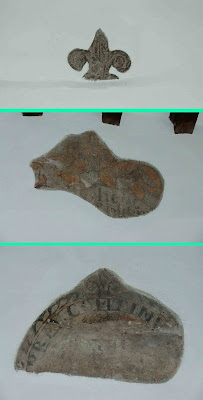 The photos above, show a small fleur-de-lys at the top, a floral pattern again with a fleur-de-lys and some writing, and lastly, some lettering topped with another fleur-de-lys.

The photo above, shows more of the wall paintings uncovered in 1934. The top two are self explanatory, and are probably memorials to parishioners buried here. The third one down may well be another memorial, though so little of this one has survived its impossible to say. The last one is reputedly the remains of Queen Anne's Royal Coat of Arms....a golden lion can just been seen at the top of the painting. Why the wall paintings were white washed will probably never be known....but at least some of them have been found and preserved. 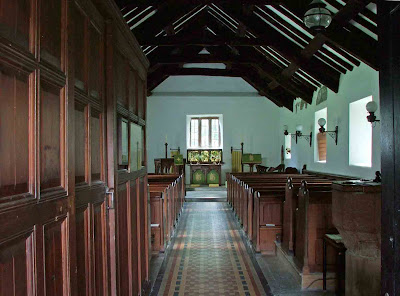 The above photo shows a view towards the East end of the church and the small three light window, probably dating from the 17th century. 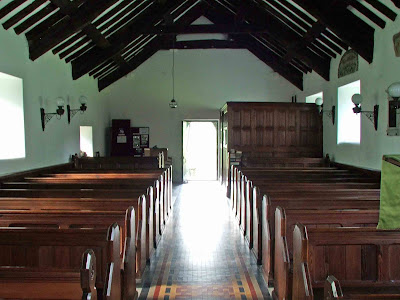 The photo above shows the beautiful trussed ceiling, which consists of many original 17th century timbers. 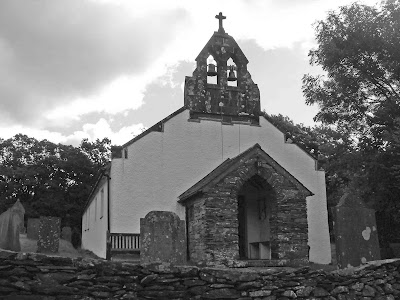 Another view of the bell cote at the West end of the church.
Check this link for some great photos of the church. There is a small area for parking nearby, and the church is kept unlocked for inspection.
Posted by The Cumbrian Castle listing. at 22:31