The abbey at Holyrood lays behind the palace, hidden from view as you approach from down the Royal Mile. The ruins are impressive, and despite being a few yards from the city, they are quiet and undisturbed. 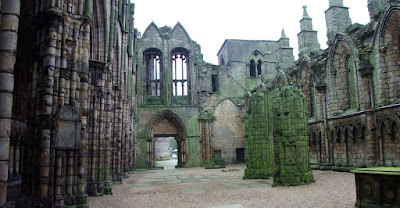 The abbey was built in 1128 at the behest of King David I of Scotland; after a scuffle with a stag, a vision and a dream, instructing him on his building quest!! He was rescued by Johannes and Gregan, two brothers from the Barony of Crawford in Strathclyde, who happened to be on hand when the King was attacked by a stag. He consequently knighted the brothers, and decided to found an abbey in the parks. 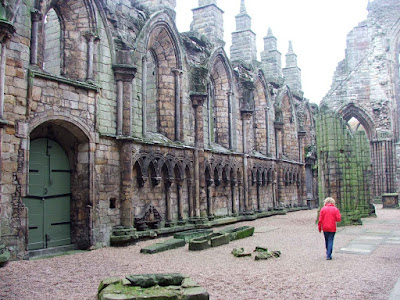 From the 15th century, the abbey was the chosen location for royal coronations, as well as numerous royal weddings. It was during a period called the Rough Wooing that took place between 1544 and 1551, that the abbey was attacked and looted twice by English forces. Henry VIII was furious that the Scots had reneged on the Treaty of Greenwich, by which the then infant Mary Queen of Scots, was promised in marriage to the young Prince of Wales, Edward. The Earl of Hertford, Edward Seymour first attacked the abbey in 1544, plundered its contents and left it badly damaged. He later led another raid on the abbey, causing even more damage to the buildings. 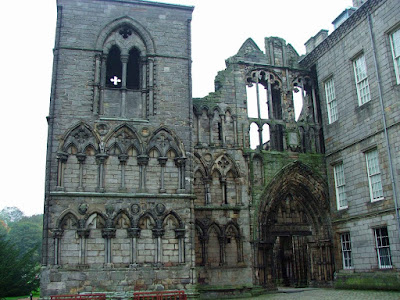 James VII established a College of Jesuits at Holyrood palace, and in 1688 converted the abbey to a Catholic chapel for the Order of the Thistle. The previous Protestant congregation were moved to another church on Canongate in 1691....Canongate Kirk. The kirk was built that same year, by the Scottish Politician and architect, James Smith. 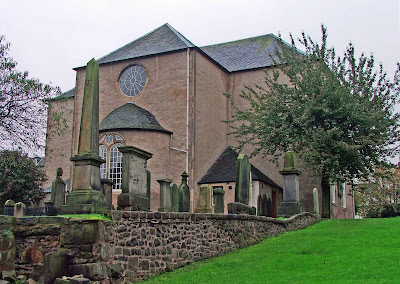 In 1689 at the Glorious Revolution when William of Orange ascended the throne of England and Scotland, the protestant population broke into the grounds of the now Catholic chapel, and desecrated all the tombs and graves there, including the royal vaults. In 1691, Canongate Kirk became the parish church for the immediate area. The abbey was too badly damaged to be used. 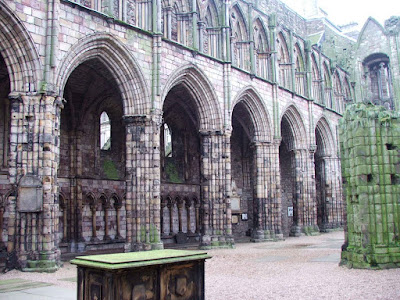