Situated just a few yards South of the gatehouse, the market cross and fish stones are a prominent part of the village of Cartmel. 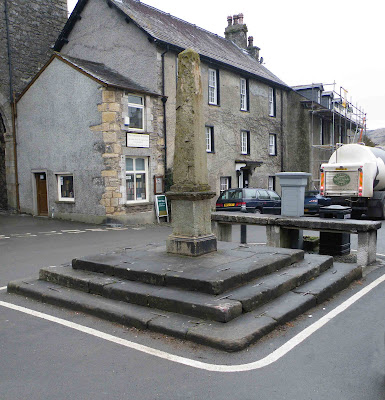 The cross, obelisk shaped, tapering at the top, probably dates from the late 18th to early 19th century, and is set on a three stepped base. The base appears to be undated. The fish stones are also undated. 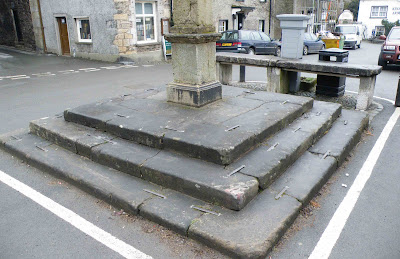 The base covers an area of around three metres square, and each of the stones making up the base are secured with iron cramps.
Posted by The Cumbrian Castle listing. at 19:41