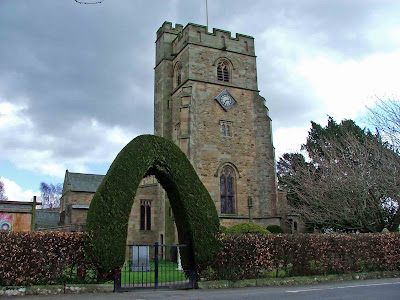 Above. A view of the West end of the church from the village green. 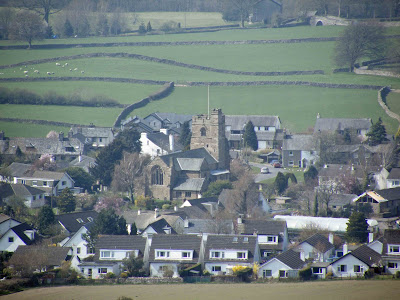 Above. A view of the church from the Helm, about a mile and a half to the East. 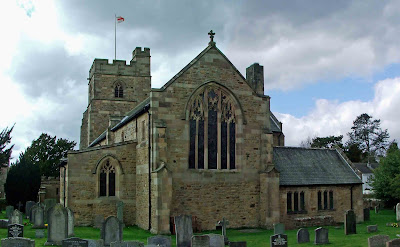 Above. A view of the East end of the church. 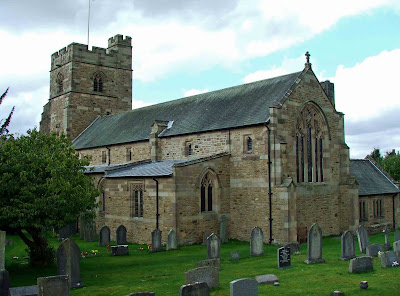 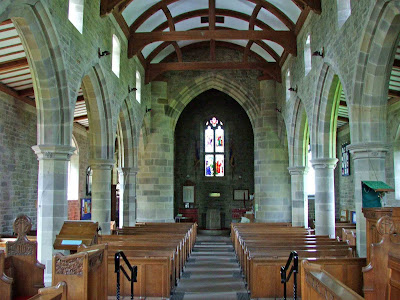 Above. Looking down the nave towards the tower. 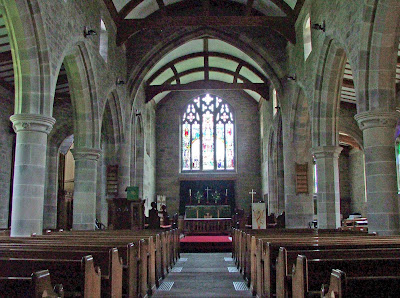 Above. Looking into the chancel. 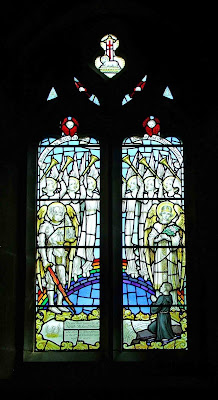 Above. A window depicting a host of angels, with St Michael (holding the flaming sword) and an unidentified angel to his right.
This window is dedicated to the memory of Keith Aiden Sinker, who died in West Africa in 1937. 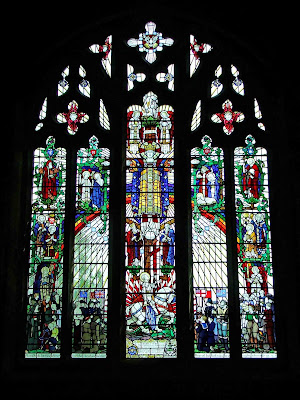 Above. The magnificent East window in the chancel.
The window displays various members of the armed forces across the bottom, and has the following inscription "Blessed be the Lord God of Israel, for he has visited and redeemed his people and hath raised up a mighty salvation(?) for us." In the centre of this inscription, there is another panel, which is a dedication to all those who have served in our armed forces. The wording isn't very clear, but as soon as I can get a clear idea of what it says, I'll post it here. 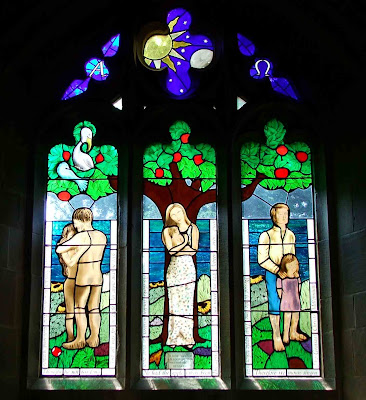 Above. Obviously one of the church's more recent window.
I think this has something to do with the original sin and the taking of the apple from the tree of knowledge in the Garden of Eden. The panels in which the inscriptions are presented are a little over exposed, making it difficult to make out the text properly. 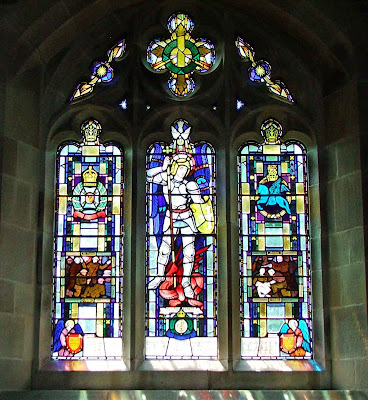 Above. Unfortunately another over exposed photo that prevents me from reading the inscription properly. I think it's dedicated to those who died at the Somme in 1916 (left) and at Arnhem in 1944 (right).

Above. Window with the simple inscription "suffer little children to come unto me."
St Mark is not usually open. I think I managed to get a look around after a Sunday morning service, but it's worth trying, just in case it's open to visitors the way more and more churches seem to be these days.
Posted by The Cumbrian Castle listing. at 15:58