Blawith is a tiny hamlet on the A5084, about two and a half miles South of Torver, and two miles North of Lowick. The hamlet sits on the banks of the River Crake as it flows into Coniston Water. 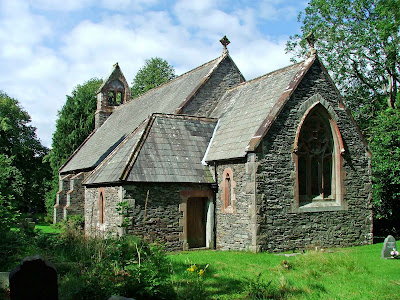 The church is, as far as I'm aware, now no longer used, although it is maintained, and is accessible. There is a key holder at the near by pub, and in one of the cottages across the road. It is in the care of the Churches Conservation Trust, and shut around 1998. 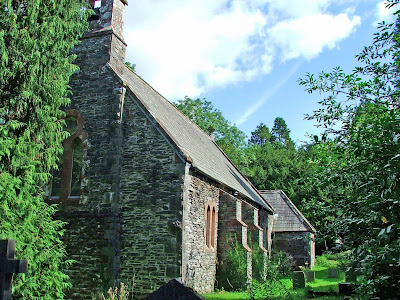 The church yard at the front of the church has a number of large bushes and mature trees growing there, making it almost impossible to take a good character photo of the Eastern front of the building...hence the two photos above. Once inside you find a remarkably well maintained, beautiful mid 19th century building. The original church was consecrated in around 1577 with this building being erected in 1863. The church was built to designs by E.G. Paley. It is thought that the original church remains can be seen across the road.

The walls to this building, much consolidated, stand to around four feet tall at their highest. 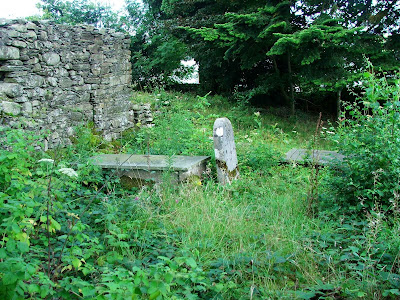 There are a few remaining grave stones standing to the front of the ruins.

The old church is easily accessible from the roadside, and is probably best viewed in Winter when the vegetation is at its lowest.
Below. A selection of windows to be found in the church. 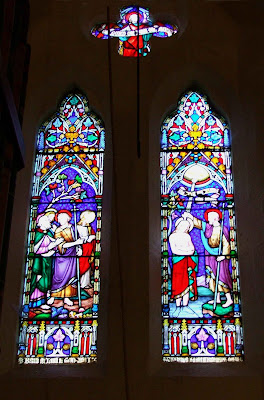 Above. Slightly out of focus photo, so I'm not able to read the dedication. 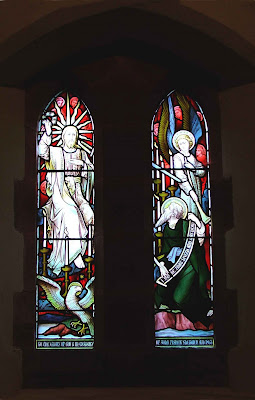 Above. Window depicting the rising of Christ.
Notice the Pheonix beneath Christ's feet; a powerful image that represents re-birth or a return from the dead. The 'haloed' individual in the right hand pane bears a scroll, upon which he has written "I see he that livest and that was dead". The window is dedicated to the memory of John Fisher Shermen, 1865. 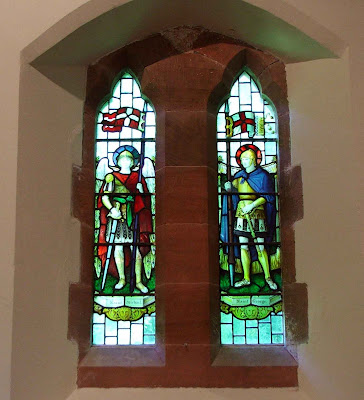 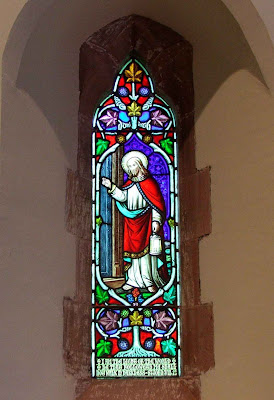 Above. Window depicting Jesus as the Light of the World. 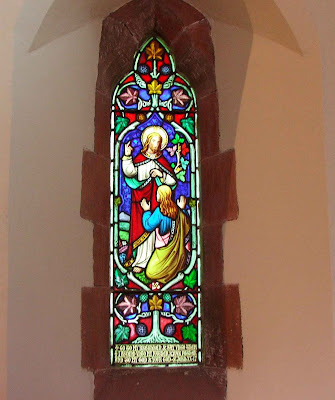 Above. Jesus telling a disciple that he has ascended to heaven. 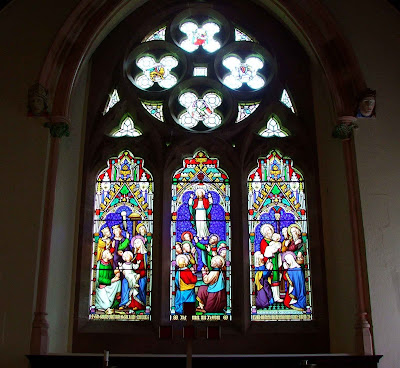 The building was erected at a cost of around £1600, and is said to seat around 170 people. 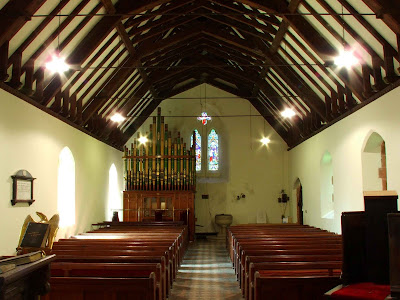 Above. A view looking towards the organ at the end of the nave. 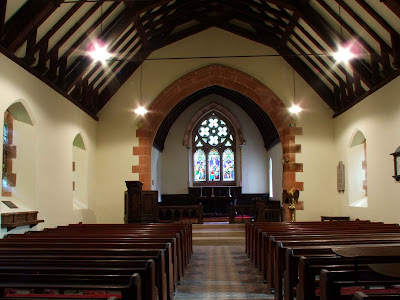 Above. A view looking into the chancel. 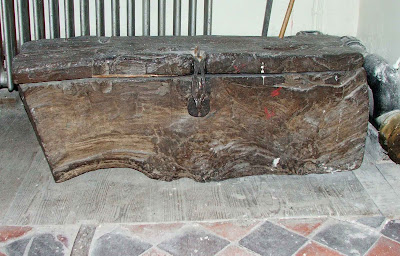 Above. The beautiful parish chest, similar to many contained in churches all around the region, probably dates from the late 1500's. 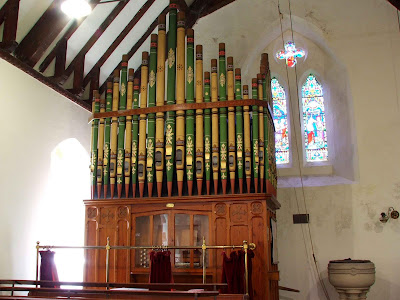 The beautiful organ, situated at the East end of the church.
The church is kept locked, but there are two keyholders. The cottage directly opposite the church and the pub a few hundred yards up the road. There is ample parking nearby.

Check this link out for some additional photos of the church.

Posted by The Cumbrian Castle listing. at 22:09