Great Ormside is about 4 miles South of Appleby. The small church in this tiny village sits on a very early medieval fortified ringwork that looks out over a bend in the River Eden. This ringwork, that now provides the base upon which the church is built, sits about six metres above the surrounding fields.

The church consists of a 12th century tower (probably built sometime in the 1190's) abutting the nave of the church on 11th century walls. The tower is thought to have been built to offer a degree of defence....the lack of an external door and no windows at ground level possibly adding some strength to this suggestion. The doorway to the tower is at the west end of the nave, and stands to around 8 feet. 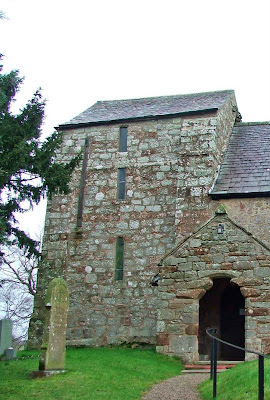 The North walls of the nave, and the central pillar supporting the arch into the North chapel, date from the 12th century, with 12th century windows surviving in the 16th century South wall. There is a small amount of decoration on the pillar supports in this wall. 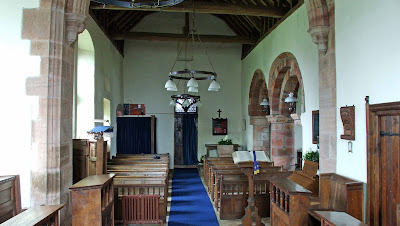 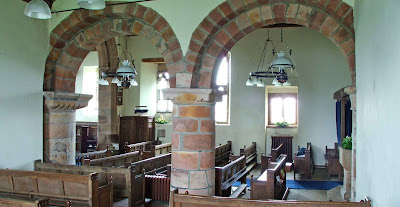 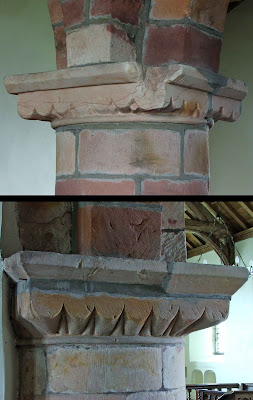 The north chapel was built in the 18th century, and juts out of the back of the church. The chancel, which of course, lies to the East of the church, dates mostly from the 16th century, with small pieces of 12th century masonry in the north walls.

A 14th century hagioscope (leper's squint) remains in the north wall of the chancel, but this now looks into the modern vestry, and is now blocked with a tiny stained glass window. 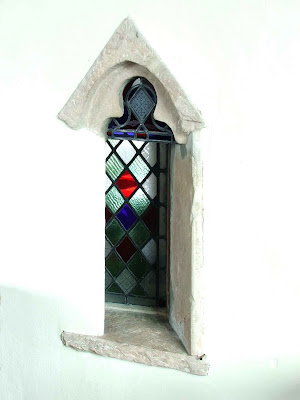 There are a number of small niches in the chancel walls, that may have been moved from earlier walls. Two of these are pictured here. The top photo shows the piscina, in which the holy vessels would have been washed after mass. These niches all date from the 16th century. 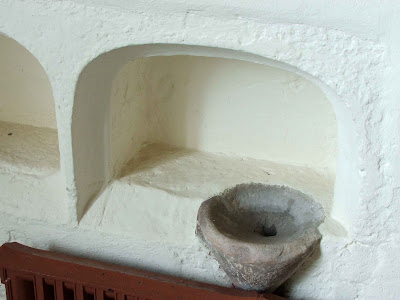 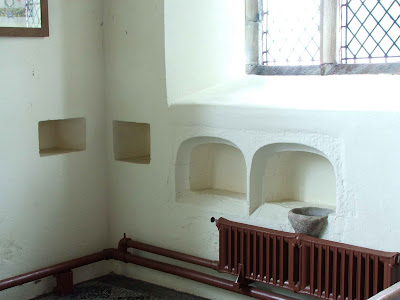 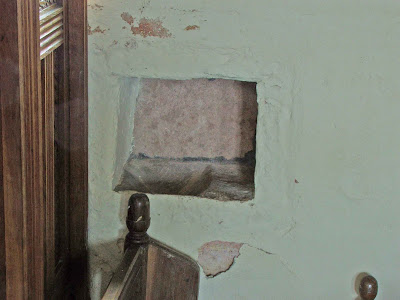 There are a number of grave slabs dotted around the church yard. None of these have any indication of to whom they are dedicated, however, the right hand cover in the photo below, now mounted in the rear wall of the vestry, has a feint floral design still visible on it.

There is also the shaft of what is probably a medieval cross, standing by the Victorian porch. 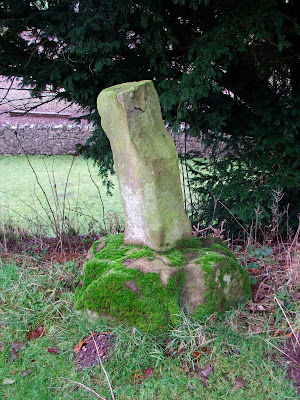 The font (pictured below) probably dates from the 12th century. 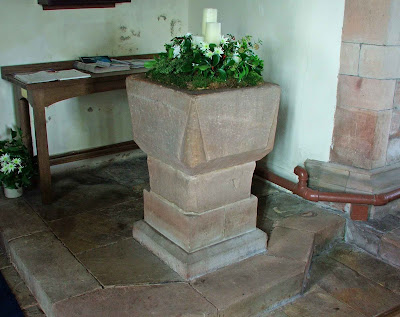 The roof timbers in the nave and the chancel are quite spectacular, and probably date from the early 16th century. 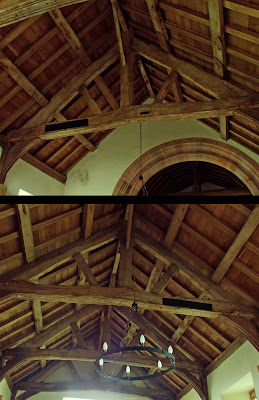 There is undoubtedly more that can be written about this church, and as further information is researched, I will update this entry.
Posted by The Cumbrian Castle listing. at 21:17