The church of All Saints can be found in the small Eden village of Bolton, about two and a half miles North West of Appleby, and sandwiched between the villages of Long Marton and King's Meaburn. The church dates from the 12th and 13th centuries, with some later alterations. A period of refurbishment was undertaken in 1848. 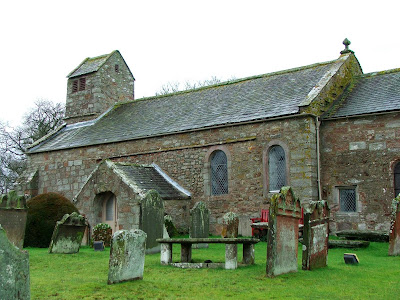 One of the most interesting features of this narrow but long church, is the carved sandstone panel, set above a reset 13th century door, showing two knights jousting. There is a second panel, this time bearing a carved inscription...but this is now very badly weathered. 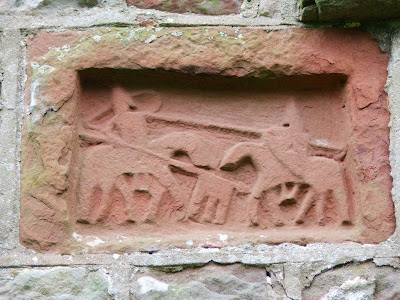 The photo below shows the 13th century door, now blocked, with the two panels above. 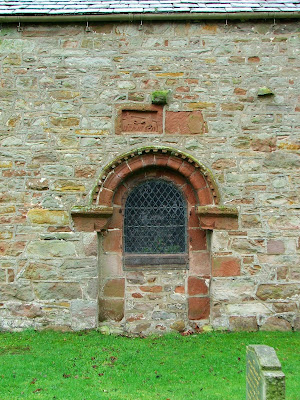 The 12th century Western end of the church (shown below) was once a large rectangular tower, of which only the base now remains. The small bell tower was built onto it at a later date. The internal wall was removed, enabling a longer nave to be incorporated into the building. It's thought that this work was probably carried out in the 17th century. 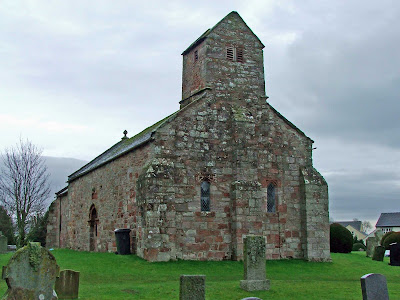 The photo below, shows a view looking towards the West end of the nave, where a small gallery can still be seen. 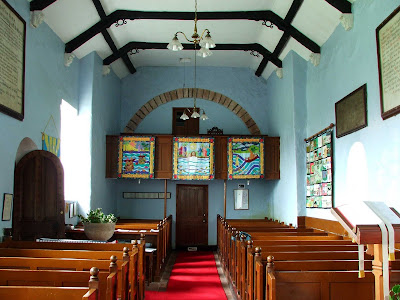 The photo below shows a view looking into the Eastern chancel with its huge window. 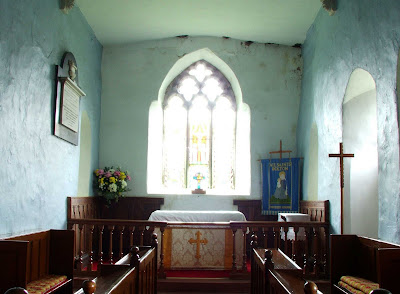 The parish chest is still here, and compares favourably with many others that can be seen in churches throughout the region. 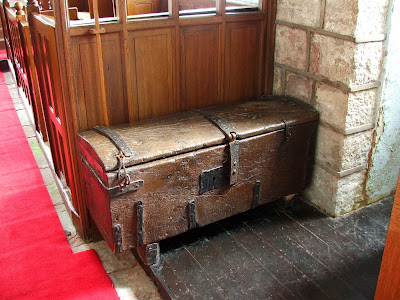 As with most older parish church, the Royal coats of arms can still be seen. 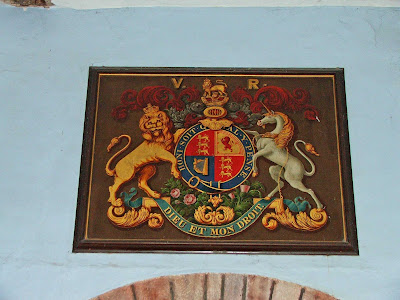 The finely carved screen, separating the nave from the chancel is still in place and in excellent condition, and is thought to date from the latter part of the 19th century. 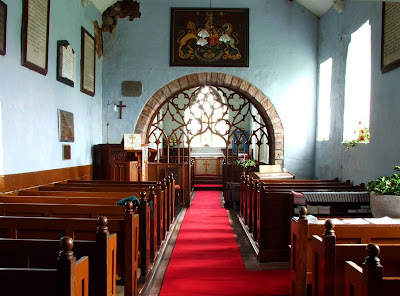 On the South wall of the nave, to the left of the porch, an effigy showing a woman with her head resting on a pillow has been rescued and mounted into the wall. It is thought to date from the 14th century. 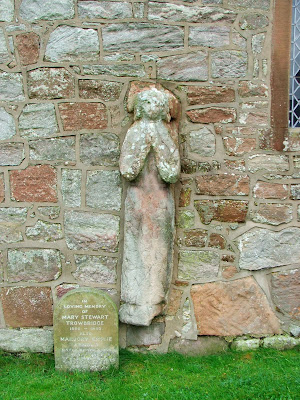 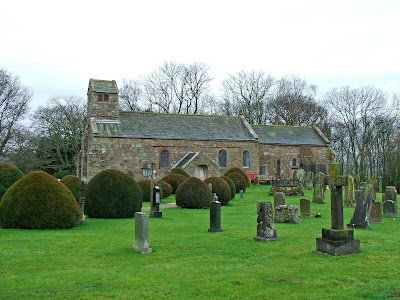 For more photos, check the link.
Posted by The Cumbrian Castle listing. at 22:28