Kendal Parish church sits behind a set of ornate gates in Kirkland sandwiched between the road and the river Kent. There are three great views to be had of the exterior of this fine building. The first view is through the gates, with the grassed area (once almost a village green with stocks and a may pole) The second view is approaching from the right hand side, through the Parish Hall car park. This view really demonstrates the length of the church, and affords some great views of the hundreds of gargoyles that protrude from the eaves. The third view is to be had from the river side walk, showing off to great effect, the impressive width of the church. It’s interesting to note here, that the Parish Church of Holy Trinity is only around seven feet narrower than York Minster, making it probably the second widest parish church in England!! 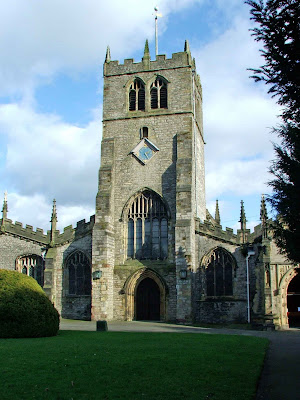 There have been many periods of building, re-building, extension and renovation. Some of the earliest portions of the church date to the 13th century. There are also portions of the building dating to the 15th century, the 16th century, and extensive re-building and re-modelling from the 1800’s. The earliest piece of stone work to be found in the church is a 9th century piece of Anglian cross, which resides on a window sill to the East of the church.

Most days the church is open at some point, and the staff are usually enthusiastic about letting people wonder around and take photos. 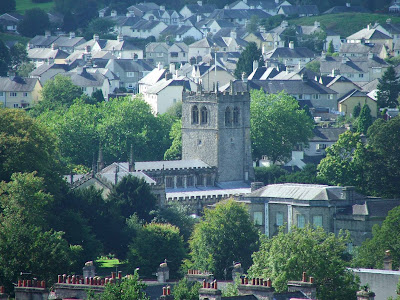 The true size of the church is plain to see once you’re inside. It stretches 140 feet towards the river, and is 103 feet wide. There are dozens of memorials and plaques on the wall of the church, many of which were created by George and Francis Webster and Miles Thompson of the Kendalian firm of architects. You could spend hours looking at these alone. Many of them are dedicated to some of the most powerful families in the old counties of Westmorland and Cumberland. Famous families such as the Parr’s are represented here as well. The Parr chapel stands at the South East of the church, dating from the 14th century. The tomb is said to belong to the Grandfather of Katherine Parr, last wife of Henry VIII. The Bellingham chapel at the North East of the church, was built in the early 16th century, and includes 17th century brasses that replace the originals that were stolen. The Bellinghams were from Burneside and Levens, and had a town house in Kendal that is now occupied by Henry Roberts book shop. The Strickland chapel is situated at the East end of the church, and dates from the 13th century. The chapel is dedicated to the Stricklands of Sizergh castle a few miles outside of Kendal. 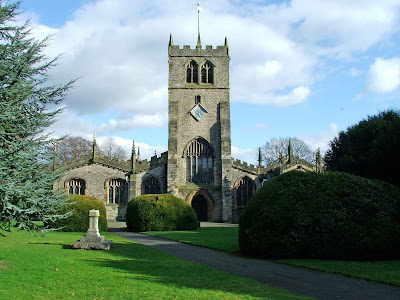 The church is sometimes referred to as the Church of Angels, an ‘alias’ derived from the multitude of carved wooden angels secreted around the church ceilings. There are four angels above the Parr chapel, and a further 14 angels above the 16th century North aisle. The Parr chapel angels are thought to be medieval, whilst the North aisle angels were positioned in 1868 when the church was being re-roofed.

High up on the North wall near the Bellingham chapel, a sword and helmet are suspended. These reputedly belonged to Robin the Devil (Sir Robert Phillipson of Belle Isle on Windermere) After his home was besieged by a local militiaman (Colonel Briggs of Kendal) Sir Robert Phillipson came to the church looking for his assailant. He rode into the church and in the process lost his helmet. The sword is probably not connected with this story, and its history seems to be unknown. 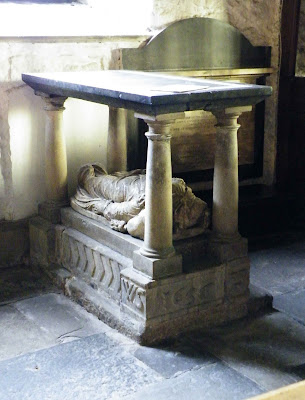 The photo above, shows the tomb of Sir Walter Strickland (died 1656) The tomb lays in the Strickland Chapel at the East end of the church, a chapel that is dedicated to St Catherine, and that was originally the family chapel of the Stricklands from Sizergh Castle. Just inside the porch, there’s a large wooden plaque, which gives the names of all the serving vicars at the Parish church……a list that goes right back to 1190 and is unbroken to this day. 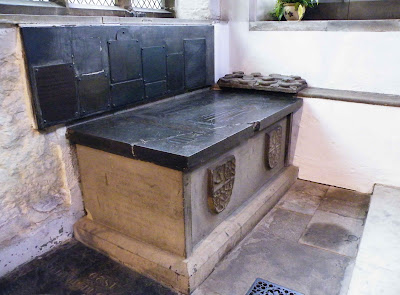 The photo above, shows the tomb of Sir Roger and Lady Margaret Bellingham. The tomb is situated in the Bellingham Chapel at the North Eastern corner of the church. The brasses on the top of the tomb were originally stolen sometime in the 17th century, and those seen today are replacements. The Bellingham Chapel is now the Regimental Chapel of the Border Regiment, and contains the regimental badges in stained glass in the windows, as well as the colours of the 55th Westmorland Border Regiment. Also in this chapel, the Imperial Chinese Standard is kept, taken by the Border Regiment in the battle of Chusan in 1842, when Hong Kong was established.

Outside, the interest continues, as the church is festooned with hundreds of gargoyles. Some are modern replacements for those that have succumbed to the weather, others are Victorian Gothic grotesques, others are medieval and some are even older. There are a variety of creatures, monsters, angels, and strange beasts. The best are to be seen on the South wall of the church (between the church and the car park) and extend the whole length of the building. There are some huge (probably Victorian) gargoyles, but if you look closely, you’ll see many much smaller (and stranger) gargoyles covering the eaves from front to back. 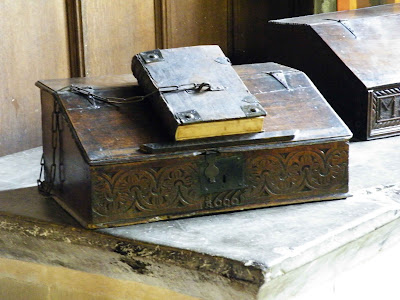 The bible box and its bible (chained to the box), shown above, is kept in the Strickland Chapel, and dates from 1666. 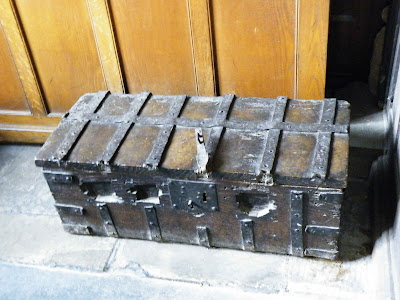 The photo above, shows a parish chest. I'm not sure when this dates from, but will endeavour to find out. 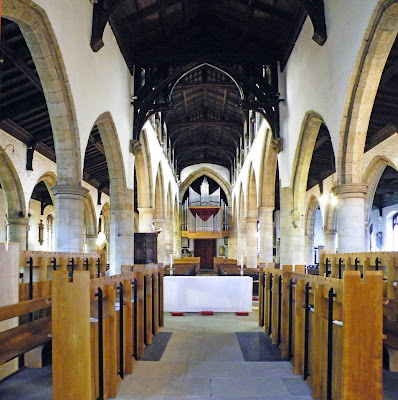 The photo above, shows a view of the church looking towards the West tower. The Willis organ, restored by J.W. Walker and Sons in 1969, sits beneath the arch of the tower on a platform some fifteen feet off the floor. Check out the web site for more information on the church, its history and its day to day work in the community.
Posted by The Cumbrian Castle listing. at 22:19