Middleton's beautiful but simple church can be found on the A683 about eight miles South of Sedbergh, and about five miles North of Barbon. The A683 roughly follows the old Roman Road, with sections of the modern road laying over the older route. Some sections of the Roman Road however, lay alongside its modern counterpart, and can be traced in the fields. This area is littered with Roman and Medieval remains. To the North of the church lays Middleton Hall, a beautiful example of a Medieval fortified manor house. A Roman milestone, found some years back, has been erected on the portion of the Roman Road running parallel with the church yard. Middleton Hall is surrounded by earthworks representing Medieval fish ponds, as well as the earthwork remains of prehistoric homesteads. 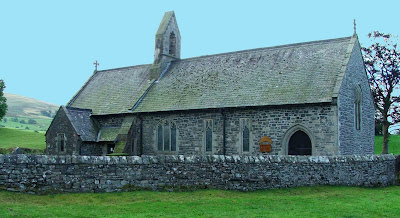 The church, Grade II listed, was built in 1878/79 to designs by C.J. Ferguson. The church has a single, very simple centrally placed bell cote with buttresses either side. There are a number of stained glass windows here at Middleton.

Check this link out. One of which is very peculiar. It shows Jesus blessing a kneeling man. If you look closely however, the kneeling man appears to have two left feet! 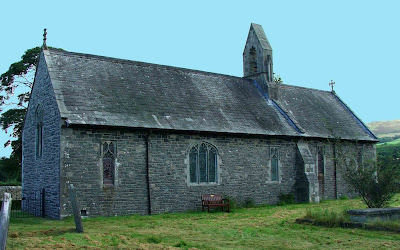 The church is built on the site of an earlier church, probably erected around 1634. The only sign of this earlier building, is a sandstone date stone mounted in one of the church yard walls (see below) 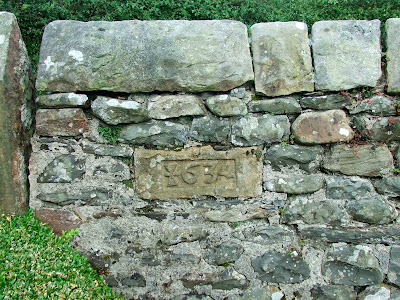 The highly decorated pulpit and its attached lectern probably date from the 16th century. The pulpit looks as if it isn't complete...it perhaps belonged to the original church here, and has been altered to fit its new home. 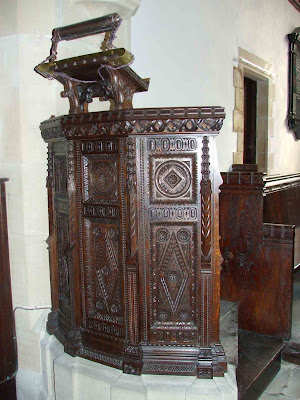 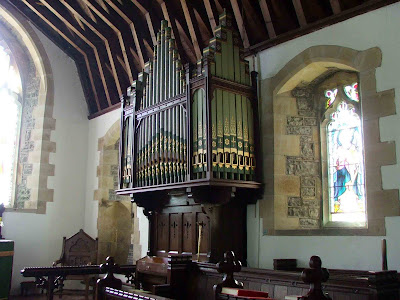 As seen in the photo below, the church is a simple single chambered building....the high arch in the foreground, is all that separates the chancel from the nave. 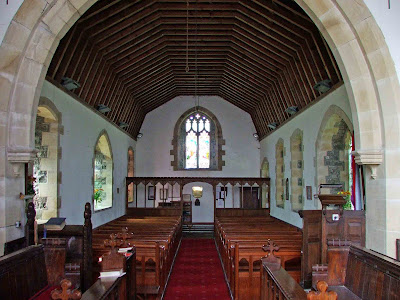 Luckily for me, the church appears to be left unlocked. There is also ample parking next door.
Posted by The Cumbrian Castle listing. at 21:39