Situated about two and a half miles North West of Penrith, the village of Newton Reigny home to the Grade II* listed church of St John. The church sits less than fifty yards to the West of a large rectangular earthwork. If the church and the earthworks are of the same period, which they most likely are, this could indicate that the original 12th century building, of which some portions still survive, was the manorial chapel. The earthworks are thought to represent the remains of Newton Reigny manor, held by the de Reigny family. 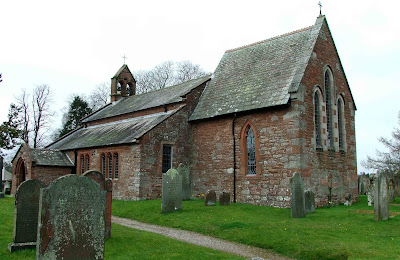 The above view shows the South face of the church, with the 1876 chancel to the right of the photo. This odd addition was designed by Ewan Christian, and seems strangely out of sorts with the rest of the church. The porch is relatively modern. 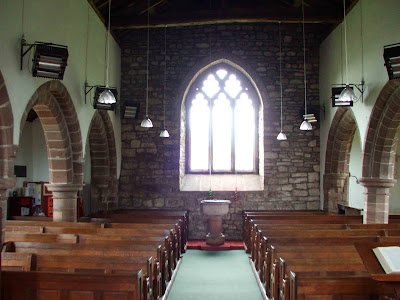 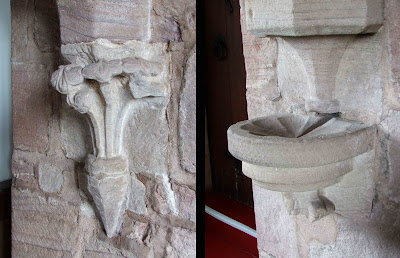 The corbel and the piscina shown above, can both be found in the East end of the nave, where the old church meets the 19th century addition. Both of these items date from the 12th century. 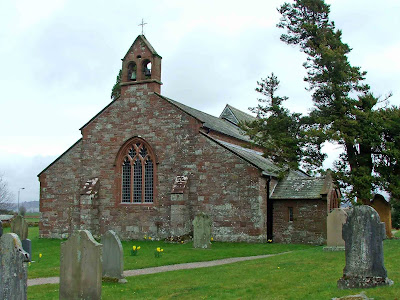 A view of the church from the West, showing the 16th century buttresses on the exterior of the mostly 12th century wall.
The church is freely accessible and there is a limited amount of parking nearby. The manorial earthworks are a short walk behind the church, and can be seen from the road side.
Posted by The Cumbrian Castle listing. at 19:38