This intriguing chapel can be found just South of the Royal Lancaster Infirmary, on Ashton Road. It's a particularly difficult building to photograph, due to the many buildings and trees around it....hence the lack of decent photos. 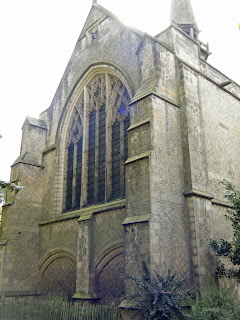 Above. The East end of the chapel.


Originally, the chapel belonged to Ripley Hospital, an orphanage, and was built to designs by Lancaster firm Paley and Austin in 1888. The orphanage was later converted to a school, the Ripley St Thomas school. 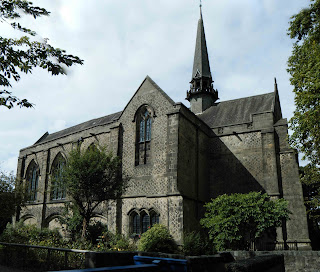 Above. The South face of the chapel.


It's a real shame that I couldn't get in to take some photos, as the English Heritage description of the interior is pretty interesting.
Posted by The Cumbrian Castle listing. at 20:25 No comments:

Centerary Church can be found on Rosemary Lane in Lancaster city centre. The church was originally the Congregational Church, and was built in1879-81 to designs by J.C. Hetherington and G.D. Oliver of Carlisle. 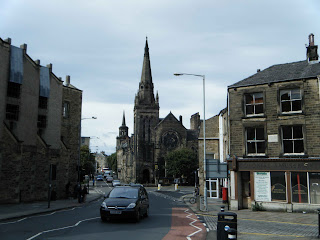 Above. View of the church looking North along Rosemary Lane. 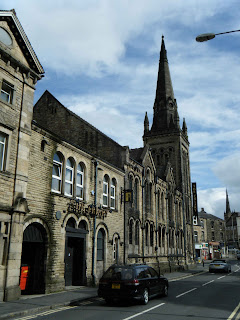 Above. View of the church looking South.

Centenary church was built to celebrate the 100th year of the Independent Chapel on High Street (now known as the Trinity United Reformed Church)
Posted by The Cumbrian Castle listing. at 20:21 No comments:

I can't believe that I missed this ancient cross on my previous visits....but here are photos of it at long last. Along with the Giant's grave, this cross can be found in the Northern part of the church yard. 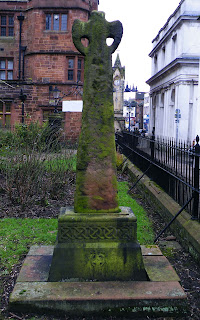 Above. The East face of the cross.


The cross is very weather worn now, but a drawing dating to 1921, shows that the crucifixion scene was still visible carved into the cross shaft. 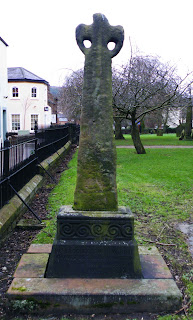 Above. The West face of the cross.


The cross has been dated to around AD920. It is a Norse wheel cross, now missing the top two curved shoulders of the 'wheel'. At the end of the 19th century the cross was suffering from neglect and had sunk into the earth. It was raised up on a new plinth and given a new lease of life.

Apparently, half way between the cross and the tower, lies the grave of John and Mary Hutchinson....William Wordsworth's mother and father in law. The grave stone is laying flat on the ground and is now too badly worn to read. Elsewhere in the church yard, William Wordsworth's wife, Mary is buried, though her grave has long since been lost.
Posted by The Cumbrian Castle listing. at 20:12 No comments:

This tiny chapel sits to the West of Christchurch, just of Drovers Lane. 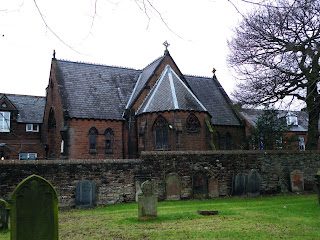 At the moment I'm unable to find any information about it at all, but if anything comes to light, it will be posted here.
Posted by The Cumbrian Castle listing. at 19:51 No comments: 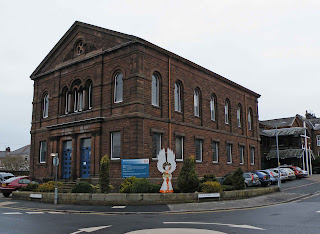 Posted by The Cumbrian Castle listing. at 19:48 No comments:


Sandwiched between Drovers Lane and Stricklandgate in Penrith, this is a rather un-inspiring church made of typical Penrith red sandstone. 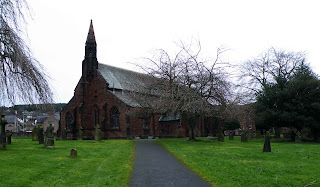 The church was built to plans by Travis and Magnell in 1850 and is listed as Grade II protected. 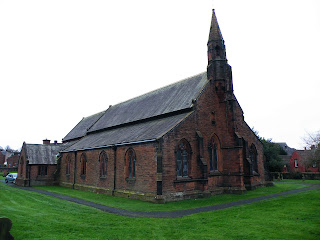 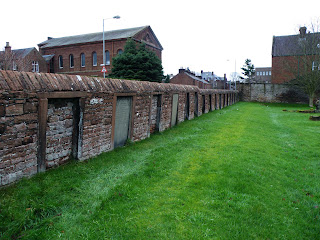 Above. The church yard wall with empty head stone insets. 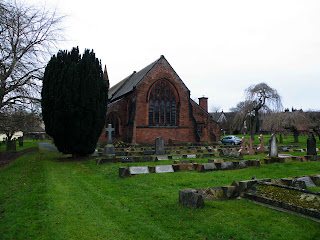 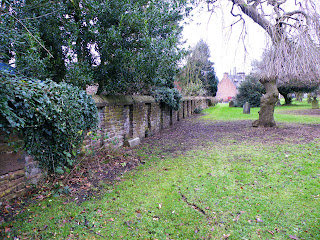 Posted by The Cumbrian Castle listing. at 19:46 No comments: