Shap Abbey escaped the early phase of the Henrican dissolution of the Monasteries, but the policy of closure of Catholic ecclesiastical establishments eventually caught up with it in 1540. As the Crown took control of Shap's lands and estates and its wealth, the site was sold off to the Governor of Carlisle. What was left slowly fell into ruin and lay forgotten for decades. During the dying years of the 17th century, stone was quarried from the site to build Shap Market Hall, a building that survives to this day. More stone was taken from the site, ornate and carved column stones, and taken to Lowther Castle, to be incorporated into the Earl of Lonsdale's new country house. With the many rebuilds and remodelling of the Earl's house, some stone was removed from the main building and used in the construction of stair ways in the ornamental gardens to the South. These relics from Cumbria's monastic past, are still visible today. 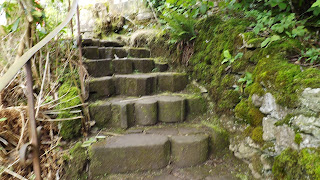 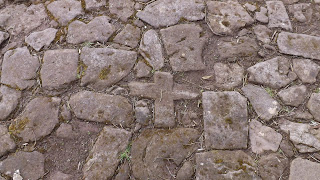 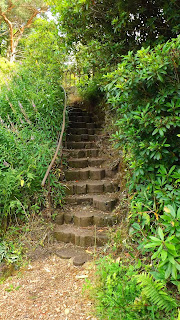 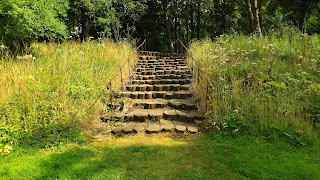 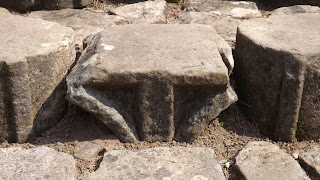 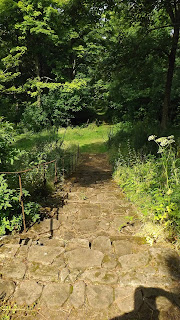 The stairs consist of a mixture of stones taken from ornate piers and columns, and a few bosses that would have topped the decorative columns. There are also a few roughly carved crosses inlaid into the patio area at the top of the stairs near to the Patte d'Oie.
Posted by The Cumbrian Castle listing. at 21:52 No comments: