Reputedly the ‘smallest church in England’ this tiny church, in fact the remnants of the original church, stands on the B1268, north of the nearest village of Skelton, and around 15 miles North West of Whitby. 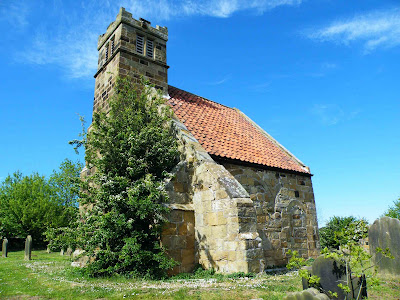 It appears that this confusing little building was once part of a larger structure, and what is seen today, merely represents the remains of parts of the original building, consolidated over the years into the tiny gem that is shown here. It is thought that the church was probably built sometime in the 12th century, there is certainly documentary evidence of this early stage of building, but sometime during the 19th century, a fragment of a 9th century cross was found nearby, raising the possibility of a much older structure on or near the present site. 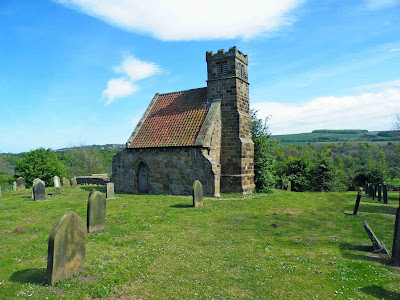 The church measures around 6 metres by 4 metres, and small as it is, is probably not quite the smallest church in England!! The Western tower dates from 1684, and replaced a smaller bell cote. The south wall, with its two blocked arches and blocked window (within the larger of the two arches) suggests that there was once a South aisle to the church….which was probably demolished due to its poor condition around 1684. The arches of the aisle were subsequently blocked up, with a window being inserted sometime later…which was also then blocked up. The buttress at the South wall of the tower, is probably actually the remains of the churches Southern wall.

The North wall still retains its ‘Norman’ corbels, eight in total, with another 3 in the East wall (although this wall was built entirely in the 19th century. 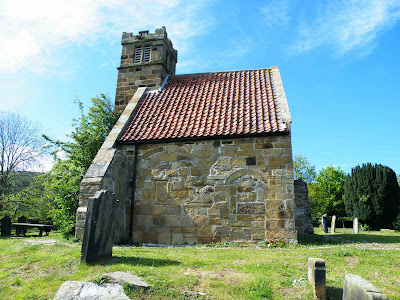 Excavations that were conducted between 1970 and 1974, showed that the North wall of the church extended another 3 metres or so, with the South wall continuing even further, towards the remains of the 18th century Lowther vault. During these excavations, various shards of pottery were discovered, dating from the 13th century right through to the 20th century, along with large amounts of glass (plain and decorated) and painted plaster. The well preserved (although legless!!) 14th century effigy of a knight was also discovered, along with grave slabs probably dating from the 11th century. 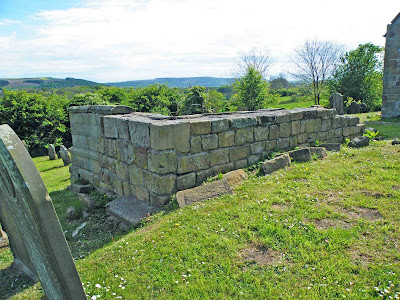