There are a huge number of epitaphs and memorials mounted on the walls of Holy Trinity in Kendal. Huge numbers of these decorative pieces must have gone missing over the years....the Bellingham, Strickland and Parr families must have erected far more of these works of art over the years than survive today I'm sure. What there is left however, is an amazing collection of memorials dating from the late 1600's, right through to the early 1900's. Again, the Parish church website is a helpful tool in exploring these items Kendal Parish Church web site The memorials shown here are only a selection of those on display at the church. I'll go through them one by one, naming their owners, and if any information is available about the individuals, I'll not that here too.
George Dudgeon and Mary Dudgeon. 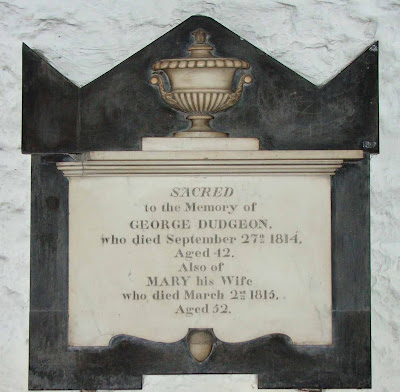 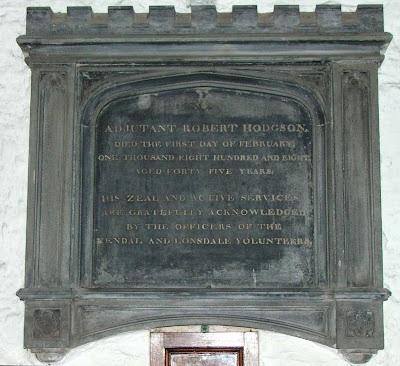 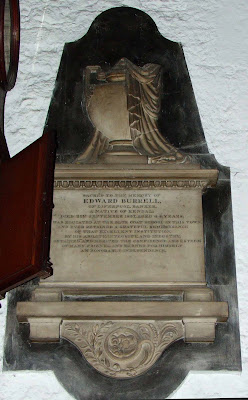 Christopher Fenton, his wife Agnes Fenton, and their daughter Elizabeth. 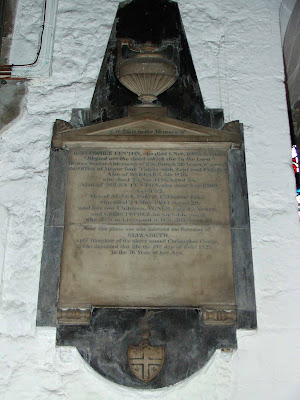 Christopher Robinson and his wife Nanny Robinson, and their sons Christopher and William. 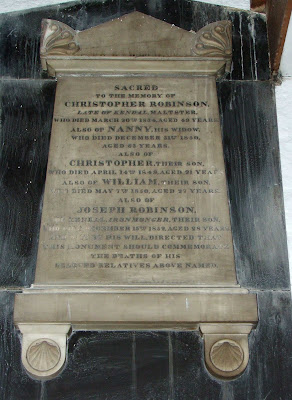 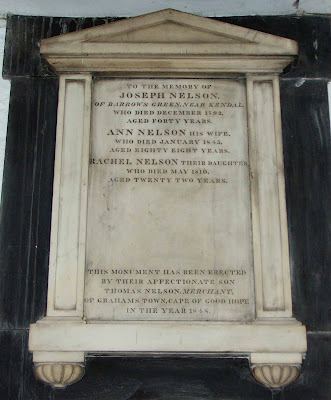 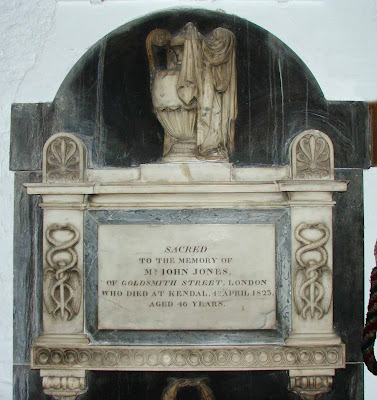 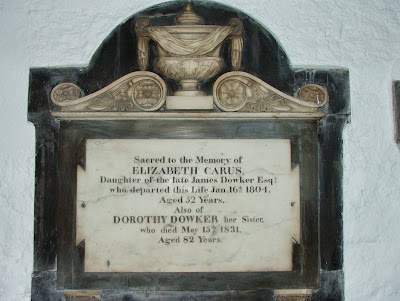 George Romney. George Romney at Wikipedia The Wikipedia page offers a good deal of information about George Romney...Kendal's most famous painter (probably) He died in a house on Milnthorpe Road in Kendal in 1802, after returning home from London....he had been away for nearly 40 years. He is buried in the church yard of St Mary's in Dalton in Furness. 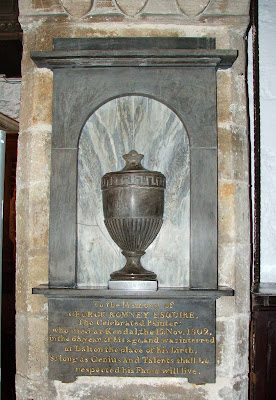 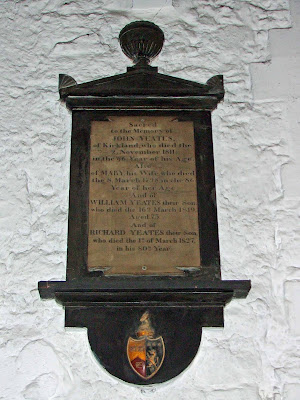 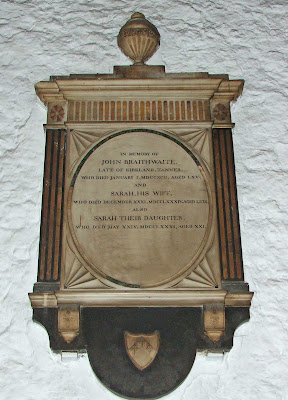 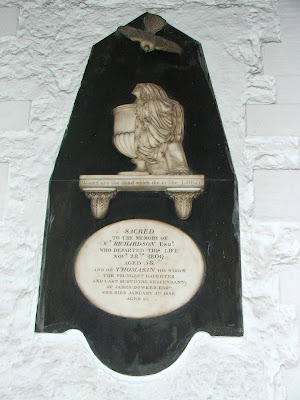 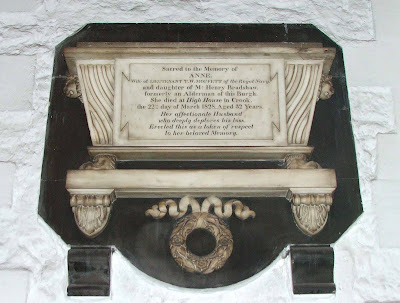 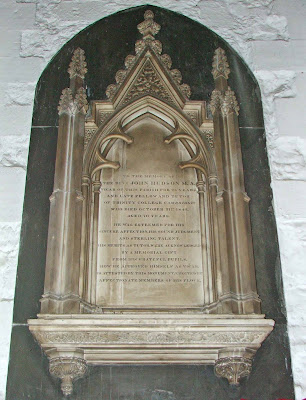 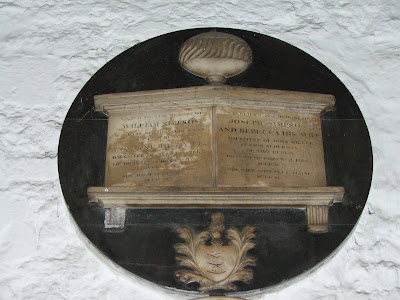 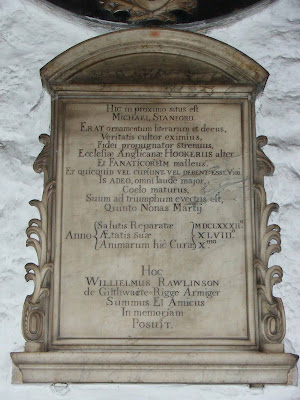 The Reverand Matthew Murfitt, Vicar of Holy Trinity from 1806 to 1815. 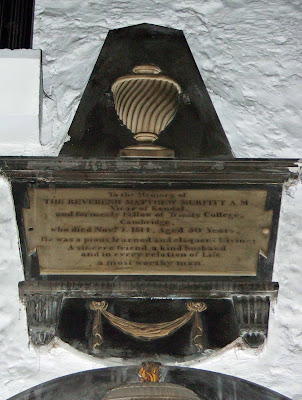 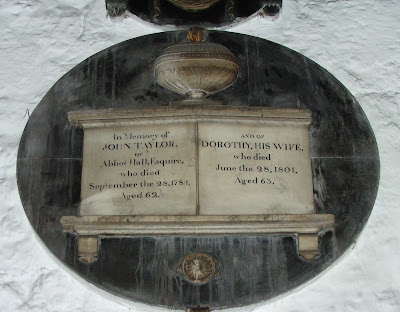 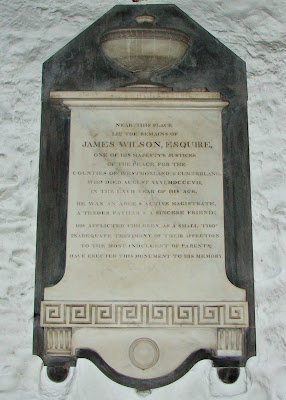 Thomas Holme and his wife Elizabeth Holme and their daughters Margaret Holme and Mary Holme. 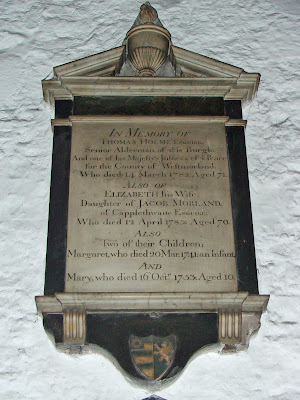 James Dowker and his wife Jane Dowker, and thier sons, John Dowker and Thomas Dowker. 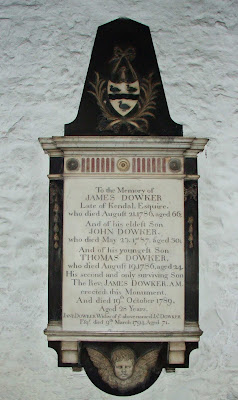 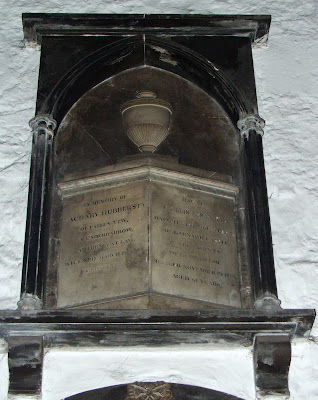 William Robinson and his wife Margaret Robinson, their daughter Sarah Robinson (Wilkinson) and their son Edward. 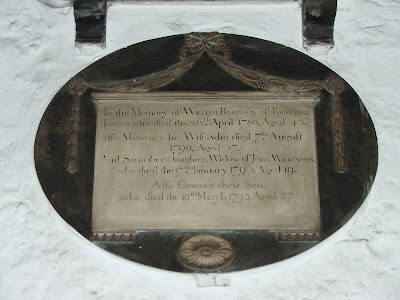 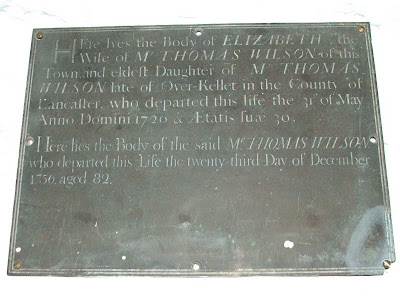 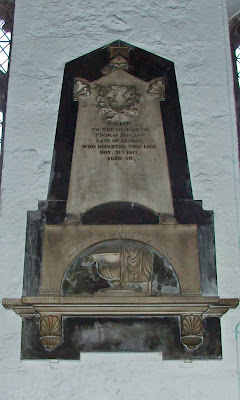 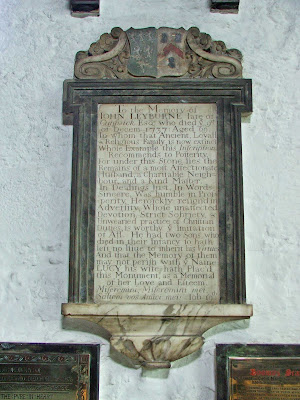 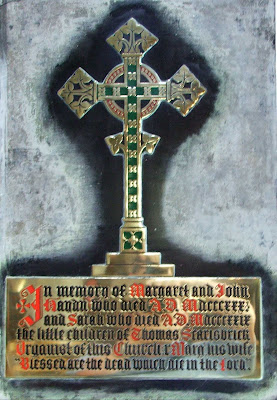 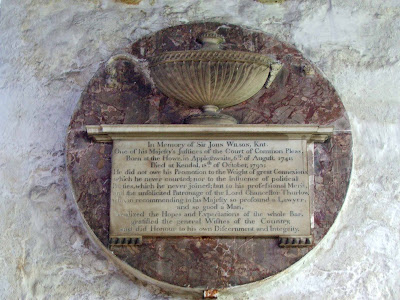 Zachary Hubbersty and his daughter Phillis Sarah Hubbersty. This is the second memorial to be erected to Zachary and Phillis. Phillis, as stated on this memorial, died a year after Zachary, after falling from the pier into the sea at Whitby. 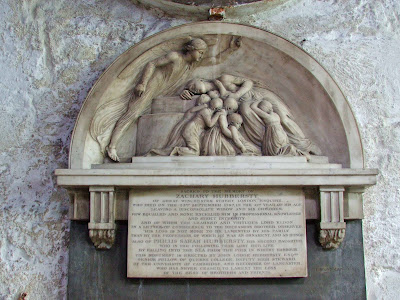 I'll try to get around to photographing more of the memorials inside Holy Trinity....as there are dozens more for me to 'bag'.
Posted by The Cumbrian Castle listing. at 19:22