Clerestories were usually added to churches, to provide more light above the nave. The result was usually an almost unbroken wall of glass, often highly decorated, adding light to an other wise fairly dark interior. Kendal Parish Church was no different from those all around the country, in having a clerestory added during the late 15th century. During this period of expansion and building, the church's roof was heightened, and ten windows were inserted on each side of the high nave walls. Apparently the weight of the additional masonry was too much for the pillars on the North aisle to carry, causing some of them to bow. This bowing can still apparently be seen on some of the pillars here. When the church was re-roofed in 1852, two windows from each side were removed, and the masonry strengthened. Some glass from older windows that were now too fractured and broken to exist as whole windows, was incorporated into the clerestory windows. The sixteen remaining clerestory windows, dating from the 19th century, are all shown below, with a brief explanation of each one (where information was available.) 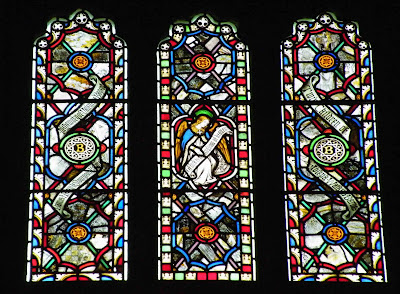 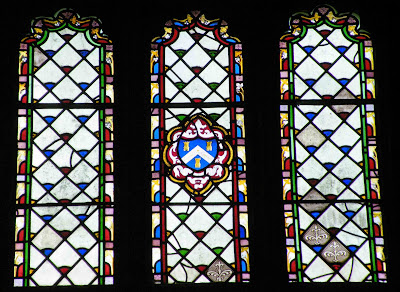 Above. Window with unidentified coat of arms. I think there's some writing in the scroll beneath the coats of arms, although the only word that can be made out now, is 'of'. 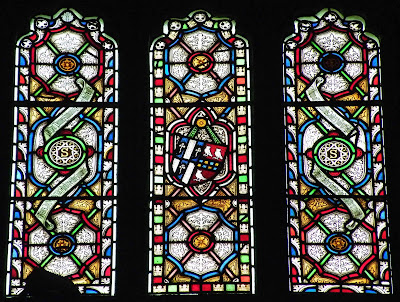 Above. Window dedicated to the Reverend Thomas Symonds, vicar of this parish for 45 years, died 1789, aged 89 years, and also, Ethel Symonds, widow of Thomas, who died November 1814, and also her son, George Walter Scott, who died in 1792, aged 34. 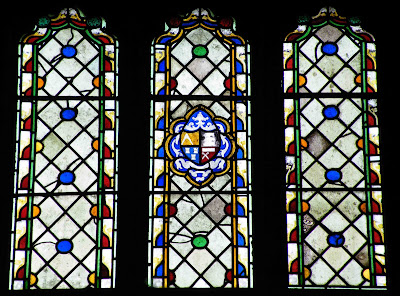 Above. Window with an unidentified coat of arms...possibly relating to someone who was a Free Mason. There is again, a scroll beneath the coat of arms, but it is too faded to read. I think this is one of the windows with small parts of older windows incorporated into it. 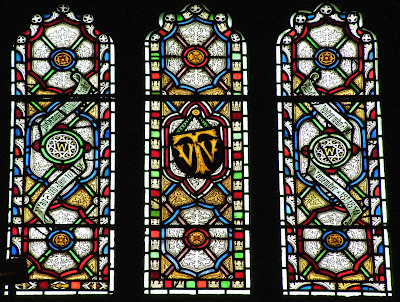 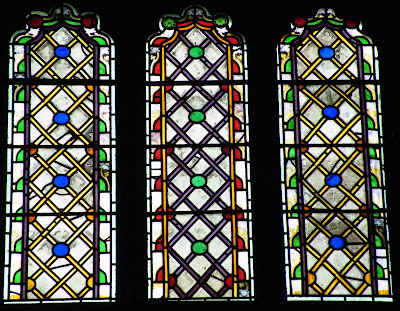 Above. Another window with no dedication, but with older glass inserted into its design. 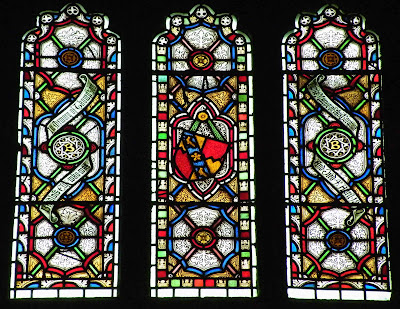 Above. Window dedicated to Thompson Bradlots (?) who was twice mayor of the Borough of Kendal, and who died in April 1890 (?) 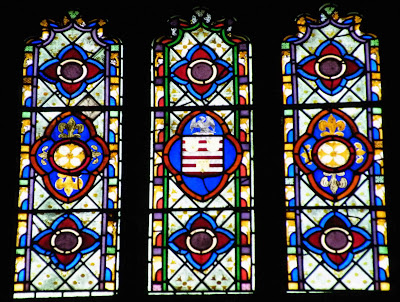 Above. Window with an unidentified coat of arms. 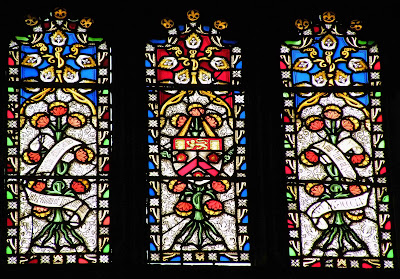 Above. Window dedicated to the Rev Jos (Joseph?) Watkins Barnes, vicar of the parish of Kendal. 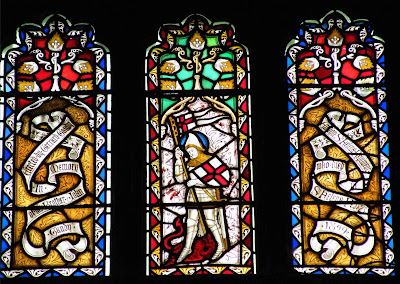 Above. Window erected by Gerrard Gandy, in memory of his brother John Gandy, Ensign in the St Helena Regiment, and who died at St Helena in February 1849. 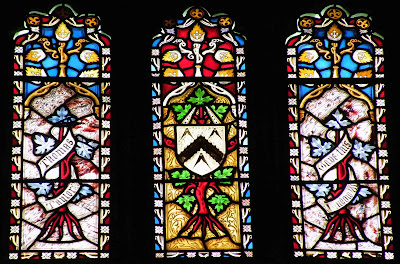 Above. A window with the simple inscription, " Thomas Taylor gave this window 185? 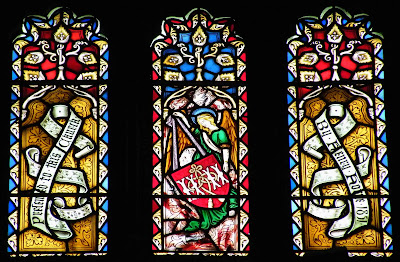 Above. A window presented to the church by Henry Hoe?e 1851 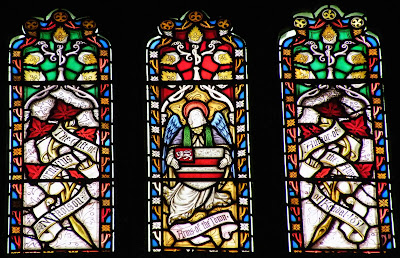 Above. Window gifted to the church by Cornelius Nicholson, author of the Annals of Kendal, 1851.
If you look at the angel's head, it is strangely devoid of any colour. I wonder if this has been re-used from another window?
Here's a link to Cornelius' book, the Annals of Kendal, free to view and download at Google Books. 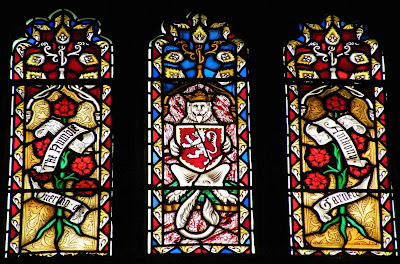 Above. A window with the simple inscription of "The humble offering of Anthony Garnett"
Anthony Garnett owned the Castle Dairy on Wildman Street in Kendal, a fantastic 14th century house...the oldest inhabited building in Kendal. 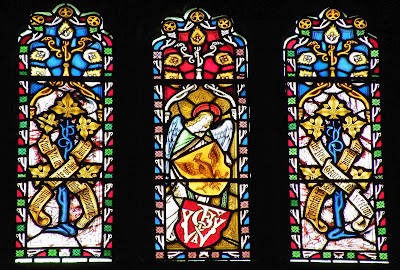 Above. A window gifted to the church by the Reverend George Weston, former assistant Curate at the Parish Church of Kendal, then vicar of Crosby Ravensworth, dated 1851. 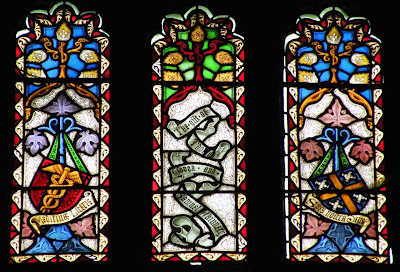 Above. A window gifted to the church by Tobias ???? and Samual Whinnery.
Some of the names on these windows have been guessed at due to the fading colours in the glass, whilst others are written across the joins in the windows. Where possible I've made an educated guess, but if anyone can correct any errors, I'd be very grateful.

Next time you visit the Parish Church in Kendal, take a moment to glance up at the Clerestory windows....they are well worth taking a look at.
Posted by The Cumbrian Castle listing. at 17:45

Splendid 'blog' How did you manage such photos?
I'll be gratefully linking to it on the Parish Church website

Hi chum! Just bought a book on armorials of Westmorland and Lonsdale. It might be poss to identify your unidentified! I'll put a link to the ensign in St Helena sometime!
Ian L - stublick - war memorials