In 1890, the old pier and its accompanying chapel were demolished after the narrow harbour entrance began to silt up. Without their own dedicated chapel, local fishermen worshipped at St Marys in the town centre....causing consternation amongst the congregation there with their smelly clothes. 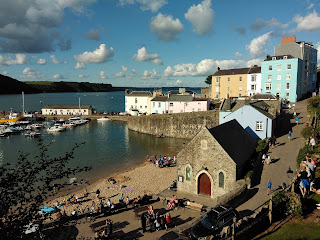 Above. The chapel viewed from Crackwell Street.

To remedy the situation, a new church\chapel was built between 1874 and 1878, specifically to accommodate the fishermen. Clergy from St Marys led services here, and were paid with freshly caught sea food for their work. 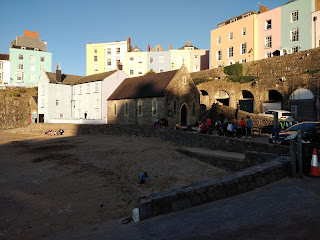 Above. The chapel from the harbour side.

Services were held here on a regular basis, and only ever cancelled when storm waves were so severe, that they broke over the churches roof. 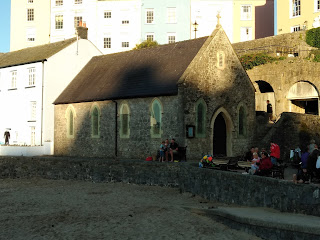 A major campaigner for the new church was Miss Forde, who lobbied the Town Council for the land to build the church on. A petition was signed by over sixty seamen in support of her plans.
Posted by The Cumbrian Castle listing. at 19:10 No comments: