On the A683, the tiny village of Melling has both a beautiful medieval church, and the remains of a Norman motte and bailey castle.

This is yet another church in this small area that resides in the grounds of the castle's remains. Probably built on the site of the bailey, traces of which were probably swallowed up by the graveyard, the motte survives in the garden of the vicarage next door. Remains of a Saxon cross, found in the grounds of the church, probably suggest that this has been the site of a church or chapel since the 10th century.

A fine Norman arch is to be found in the northern entrance to the church, further strengthening the church's claim to great age. In 1858, during some rebuilding work, some more Norman stonework was found in the wall next to a window. The stonework consisted of typical Norman zig-zag moulding, probably representing the remains of a doorway. The oldest identifiable part of the church is the West window of the South aisle, dating from the 13th century. This window may have been moved from its original position however, and probably doesn't represent the original 12th\13th century layout of the church. 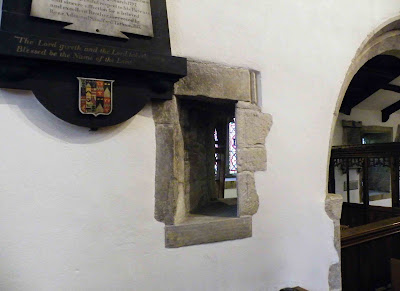 The above photo shows the squint that can be found in the South Eastern chapel, affording a narrow view into the chancel.The church was allegedly seriously damaged after the Scots, under Robert the Bruce, raided the Lune valley in 1322, and there is evidence to suggest that elements of the arcades within the church bear the scars of both the raid and the subsequent rebuilding that took place. The 15th century South Aisle wall, contains a very deep draw bar slot in the door way, some four feet thick at its deepest point. 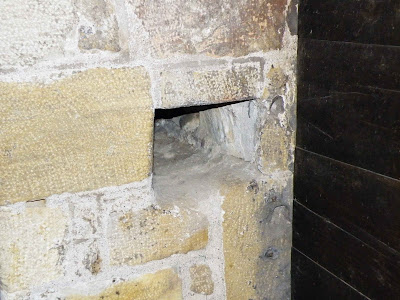 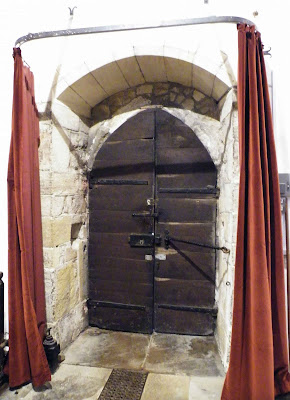 This portion of the wall dates from the 15th century, a similar date to the wall containing the draw bar slot at St Mary's in Kirkby Lonsdale. 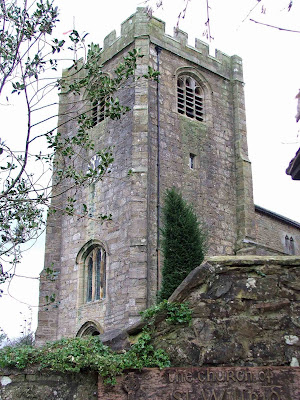 The church tower dates from the 15th century and has a peal of six bells, all of which were recast from the original 15th century bells in 1754. 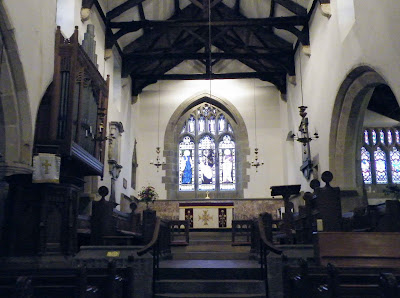 Indeed, the church as a whole seems to have been much rebuilt during the 15th century, and the layout internally and externally seems to represent this period.

In 1763, the church was re-roofed and a brand new clerestory added to both the Nave and the Chancel. 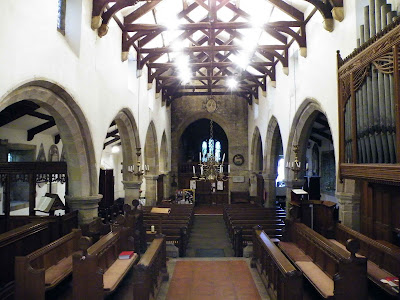 A new plaster ceiling was also added at this time, but was removed in 1856 when further renovation took place. 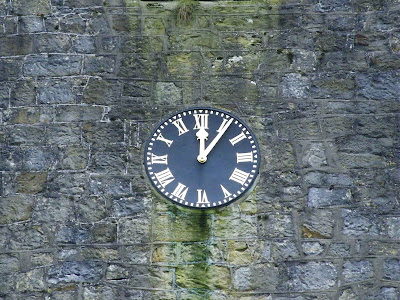 The clock, high in the West wall of the tower, was constructed by Edward John Dent, who was also responsible for the construction of the great clock of the Palace of Westminster in London.
In the 18th century, the church was re-dedicated to St Peter, returning to its original dedication to St Wilfrid in 1895 by Canon Grenside.
Posted by The Cumbrian Castle listing. at 14:54