This church can be found on the West bound B6480 in Low Bentham. There are records indicating a church on this site in 1086, when the Domesday book was written, naming the village as Benetain. Bentham was another of the Northern towns and villages that were raised to the ground by the Scottish army, fresh from their victory at Bannockburn in 1314, and whatever church there was here, was probably totally destroyed. Records state that it was another 26 years (1340) before a new church was built, and it is the tower that we see today, that pretty much reflects the rebuilding. 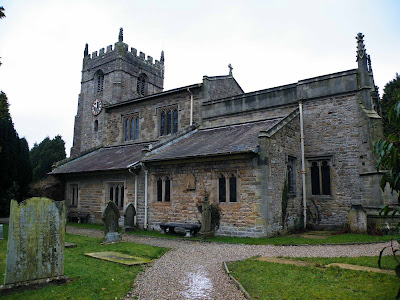 Local legend tells of a mile long tunnel that links the church with Robert Hall, a late 15th, early 16th century manor house that lays to the South West of the church.

The church has undergone three periods of rebuilding and redesign. The first, in 1822, cost £430, and unfortunately meant that much of the medieval fabric of the church was built over or removed. The chancel and the tower remained, fairly intact. The walls were raised up by around 20 feet, the roof was rebuilt, and new reading desks and a pulpit were installed. Three galleries were also added. The second period took place in 1876. Again, the chancel and the tower escaped any drastic action, but the 1822 galleries were removed. The chancel was extended and additional seating for around 210 people was installed. The vestry was rebuilt, as was the nave, all at a cost of around £5483. The third period took place in 1884, with a new rectory being added to the church.

There are a number of interesting artifacts hidden about the church. 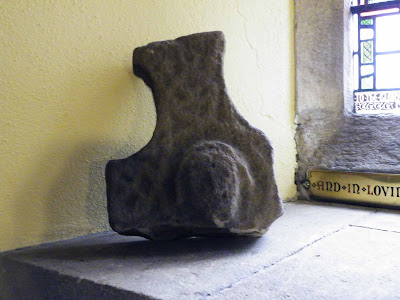 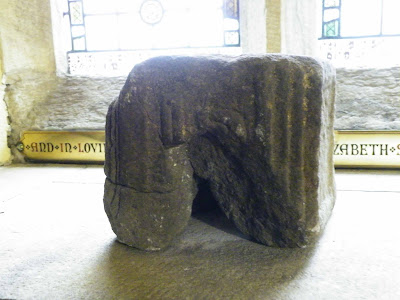 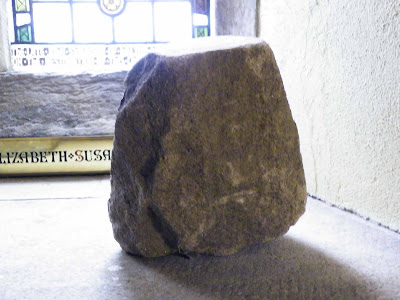 The various shards of masonry are undated, but could represent Anglian cross remains, just like at Kendal Parish church. 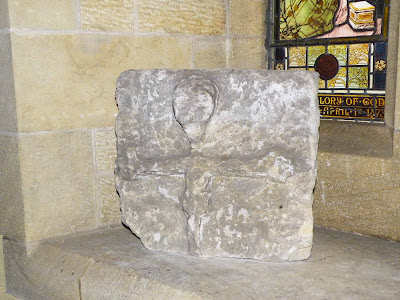 The above photo shows part of a Saxon cross, estimated to be around 1000 years old. It was found during the 1876 rebuild\restoration, and was originally built into the East wall of the church’s tower, plastered over and therefore hidden from view. The carving shows the crucified Christ, with very slender and simple arms spread in a cross. 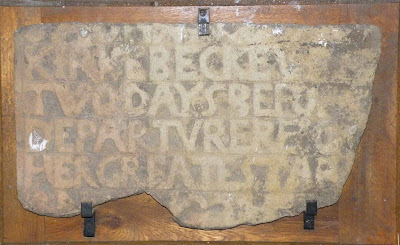 The Kirkbeck stone, shown above, is probably an old memorial stone. The word Kirkbeck, could relate to a house that lays about a mile to the South of the church. The stone was found in the River Wenning, and has been dated to the mid 17th century. 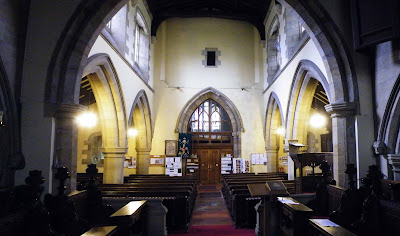 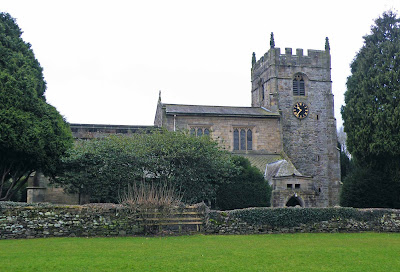 Luckily for me, the church was open upon my visit, so I was able to get a good look around.
Bentham Church's web site.
Posted by The Cumbrian Castle listing. at 22:18