The tiny hamlet of Keld can be found about a mile South West of Shap. The tiny chapel sits on the outskirts of the small group of buildings that make up Keld. It's thought that the building was once a chantry (a private chapel) belonging to nearby Shap Abbey. 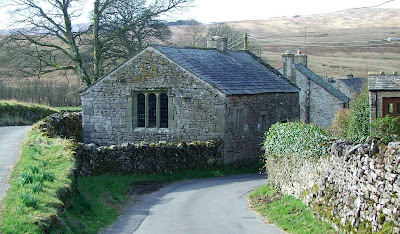 It's safe to assume therefore, that the building probably dates from sometime in the 15th century. By the 1650's, a hundred years after the dissolution of the monasteries, the chapel was being used as a dwelling, and the single celled building had been partitioned with a single wall with a fireplace and chimney. 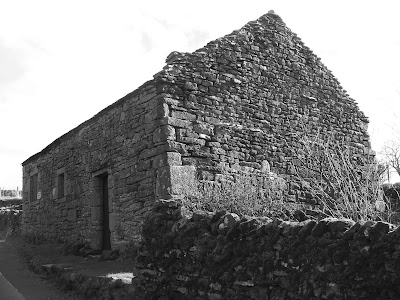 There are documents stating the names of the families that lived in the tiny building from around 1698, right up to the late 1800's, when it was sold for the grand total of £52 and 10 shillings. The chapel was given to the Reverend J Whiteside, vicar of Shap, in 1897, and was restored with the intention of making it a place of worship again. However, the Reverend Whiteside failed to get the backing of his congregation in Shap, and he was eventually forced to sell it. The chapel passed into the hands of Sir Samuel Scott, a historian from Bowness, who in turn passed the chapel into the hands of the National Trust, who look after it to this day. 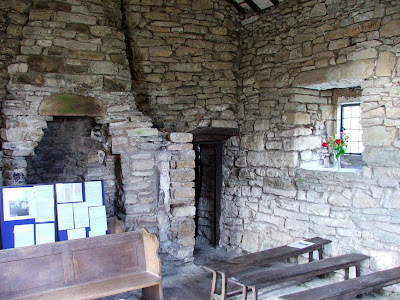 The photo above, shows a partial view of the chimney and the passageway through the wall, added at a later stage.

The window shown in the photo below, is of the same period as windows in the tower at Shap Abbey, and suggests one of two things: 1) that the window came from the abbey, and was reconstructed in situ...or 2) that the window was inserted into the newly built chapel at around the same time that Shap Abbey's tower was built. 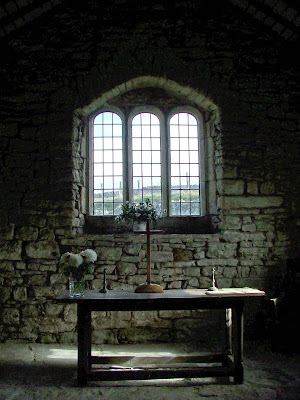 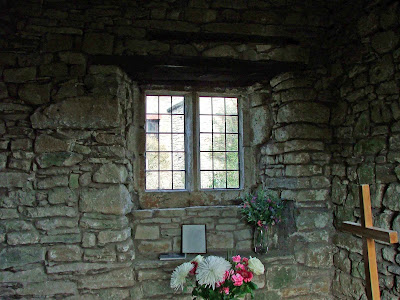 The chimney, and indeed the wall, would have been inserted when the chapel was converted to housing, probably sometime after 1540. The chapel is open at any reasonable time, and the key can be found hanging outside the porch of the house on the opposite side of the road.
Posted by The Cumbrian Castle listing. at 17:40