This rather spectacular building can be seen in the center of Kendal, hidden down a yard off Highgate. Built to designs by Kendal architect Stephen Shaw, the chapel was opened, originally as the Zion Chapel, in 1898. 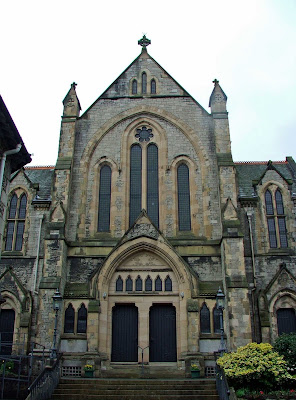 A hall, shown below, was opened at the same time, offering space for lectures and debates. 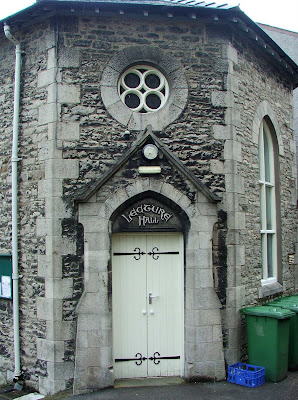 A view of the chapel from the bowling green at Castle Howe. The apse can be seen between the two narrow chimney breasts. 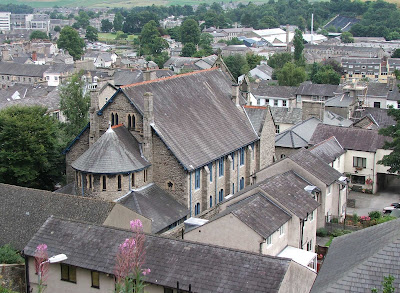 The inside of the chapel is as spectacular as the exterior face.

The beautiful apse is obviously a centre point of the chapel's interior. 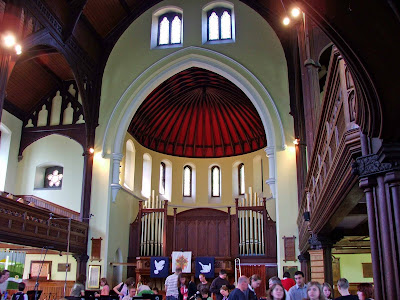 The chapel is open most weekends, and staff seem happy for you to look around.
Posted by The Cumbrian Castle listing. at 18:12