St Andrews is situated in the small Cumbrian village of Dacre, North West of Penrith. The church sits about 100 yards North West of Dacre Castle, across the small beck that separates them. 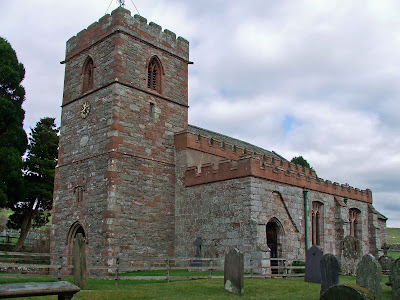 The church sits in the centre of a large square church yard, with the Northern part hiding the remains of a pre-Norman monastery. From this ancient site, the burials of around 200 people have been found, emphasising the importance this place once held. 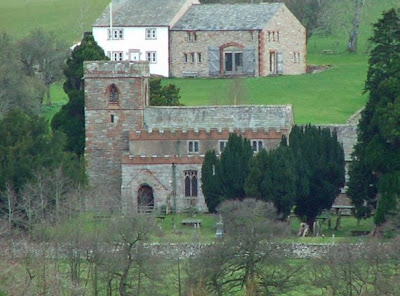 Before entering the church, it is essential that you explore the grave-yard, for hidden amongst the many grave-stones, you'll find four stone carved bears. These four foot high, red sandstone figures, stand at the corners of where the old church yard would have been, and apparently tell a four part story. 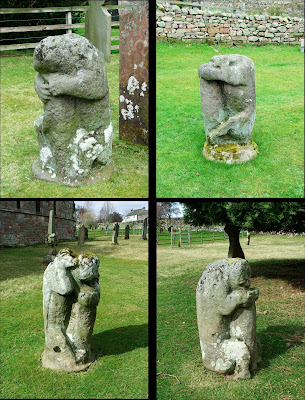 The first bear is asleep with its head resting on a pillar (most of its head has been worn away though!!). The second bear is being attacked, perhaps by a lynx. The attacker can be seen on the bear's back. The third bear reaches around with one paw to try and brush off its attacker. The fourth bear appears to have dislodged the lynx, and has an enigmatic smile upon its face. The bears appear to be undated, but may have come from a gatehouse that once stood near to the nearby Dacre castle. 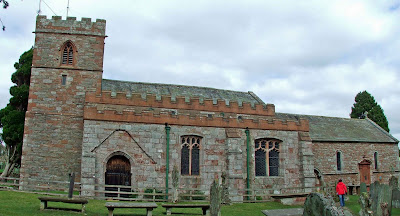 The church's fabric consists of a mixture of 12th, 15th and 16th century, and some early 19th century rebuilding. The tower to the West of the church is an 1810 rebuild of an earlier Norman tower, perhaps still containing original masonry. 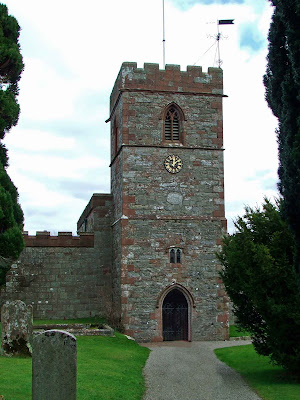 The internal archway that separates the tower from the Nave however, is 12th century. 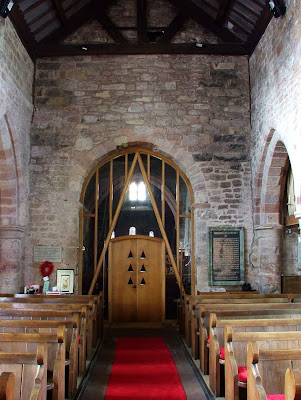 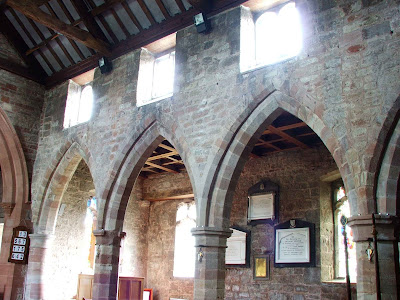 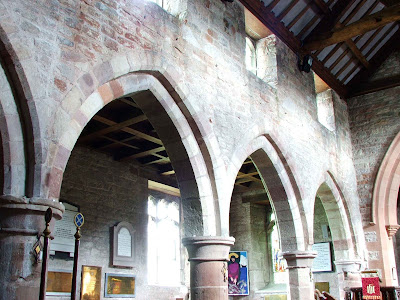 The vestry to the North of the Chancel is a much later part of the building. The North and the South aisles were added to the church during the 15th century, expanding the original narrow Nave.

There are some interesting 'relics' within the church. The first of these is the 10th century cross shaft that is set against the South wall of the Chancel. Unfortunately, my photo of this item is pretty useless....but none-the-less, it's included here. It depicts animals, and two figures, identified as Adam and Eve holding hands near a tree.

The second item, is a fragment of a 9th century cross, with trails, an animal and a human face. This item too is set against the wall of the Chancel. 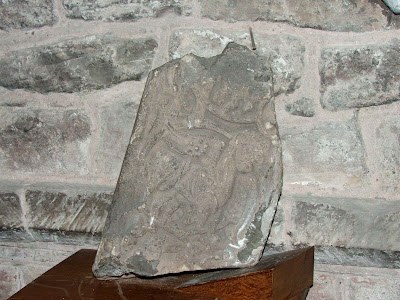 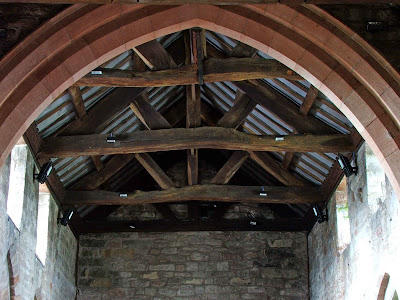 (old timbers in the roof of the Nave)

(Looking from the Chancel to the Nave)

A bible of 1617 can also be seen in the church, on the East wall of the North aisle.

There is also an interesting lock, mounted in the South door of the South aisle, hidden behind a curtain. The lock is dated 1671, and was a gift from Lady Anne Clifford. It was her habit of giving these types of locks as gifts to those that had helped her. 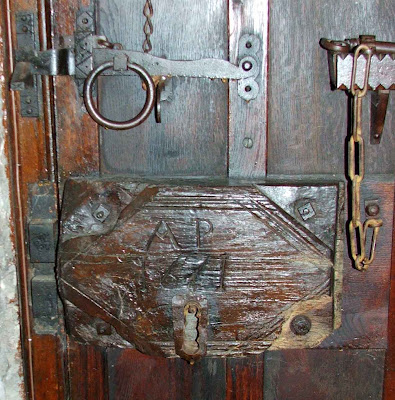 The church seems to be open most days, and is easily accessible from the nearby road, though there is very limited parking.
Posted by The Cumbrian Castle listing. at 12:22