The beautiful red stone remains of Sweetheart Abbey lay in the village of New Abbey, about six miles South of Dumfries.Previously documented on the Castle Blog because of the slight defensive qualities built into its fabric, only a few photos are shown here. 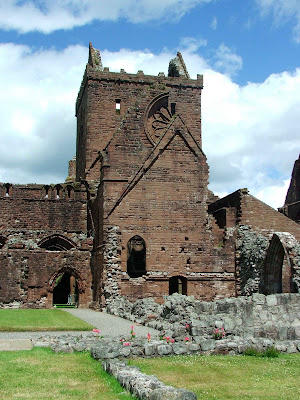 The above photo shows the abbey from the South, looking at the ruined church attached to the tower. The partially surviving rose window can just be seen above the roof line in the foreground.

View of the abbey from the West, with the reconstructed archway in the foreground right. 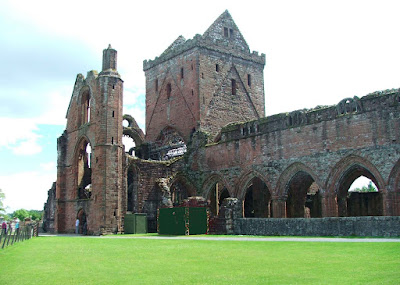 View of the tower from the North.
Posted by The Cumbrian Castle listing. at 19:59