St Saviour
Aughton
Near Lancaster
Lancashire
Situated in the parish of Halton with Aughton, some three and a half miles from Hornby, the church here at Aughton can be seen from miles around, perched high above the North banks of the River Lune. 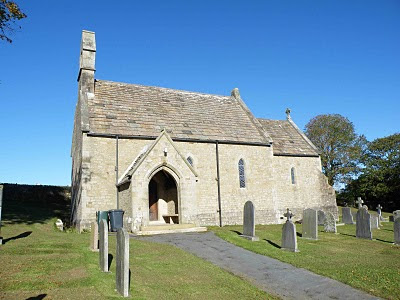 It is thought that there has been a chapel here since about 1554, and a building is mentioned in documents dating from 1650. It was partially rebuilt with money donated by Robert Burton in 1697, and then rebuilt again in 1716. At this time it was dedicated to St George and had an annual income of around £24. 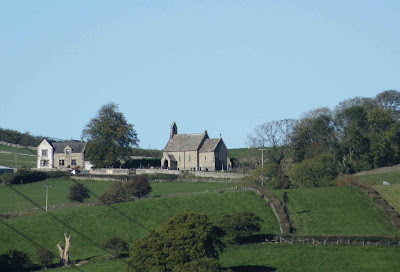 Above. A view of the church from across the river at Claughton.
In 1864 it was again rebuilt, and rededicated to St Saviour. The list of vicars that served at St Saviour (or St George as it was) reads as follows:
1720 - John Hadwen
1740 - Joseph Nicholson
1793 - Jacob Fletcher
1808 - Thomas Winfield
1815 - John Farrer
1817 - John Morland
1856 - Thomas Proctor Rigby
Unfortunately this small chapel was not open on my visit so I was unable to obtain any photos of the interior.
Posted by The Cumbrian Castle listing. at 17:22