Soulby, a pretty little village about five miles to the North West of Kirkby Stephen, houses this tiny single chambered church. Built between 1662 and 1663, it is now destined for new pastures, being earmarked for development into a house. It seems that the congregation has long since deserted this church. There were compulsory purchase notices posted on the gate when I visited. 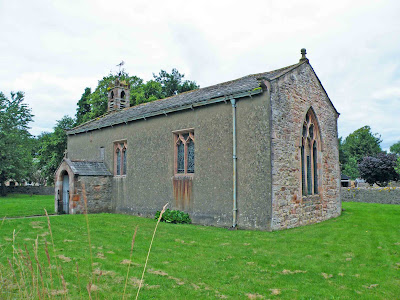 The moulding above the Southern porch, tells us that Philip Musgrave built the church, with its completion dated 1663. Sir Philip Musgrave was a Royalist army officer and prominent local politician. He is credited with taking Carlisle from Parliamentary troops in 1648, becoming the city's Governor. 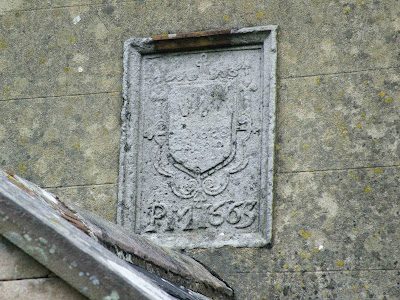 It looks as if the grave yard has had a visit from the health and safety executive....all the grave stones have been removed from the church yard, and now lean forlornly against he rear wall of the church. 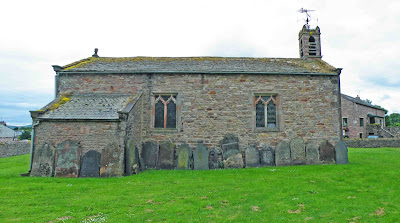 It's a shame that I couldn't get a look inside the church...there are a number of stained glass windows that I would love to have photographed. Two of these windows, Christ the light of the world, and Jesus and Mary Magdalene, were by the prominent 19th\20th century artist Henry Holiday, check the link. It's now unlikely that I'll get to see these windows, if the building is converted into a house. Someone is going to be very lucky!
Posted by The Cumbrian Castle listing. at 18:41