Lindal in Furness lies about a mile and a half South West of Ulverston, just off the A590. The church is visible from the main road, and once in Lindal is easy to find, sitting as it does, just off the village green, which incidentally, used to be a tarn...filled in in around 1887 with spoil from a nearby quarry. 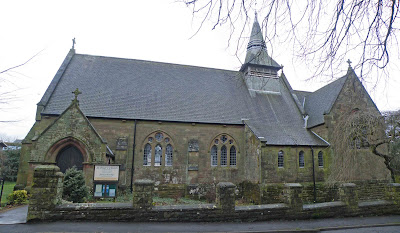 St Peters was built to replace the Iron Church (opened in 1875), which stood on a site near to the village green. It was consecrated in 1886 and was funded by several local dignitaries and business: The Duke of Devonshire, Duke of Buccleuch, mining company Harrison Ainslie and the Barrow Haematite Steel company. In all, it's thought that the church cost somewhere in the region of £3600, which was met by these individuals and companies. 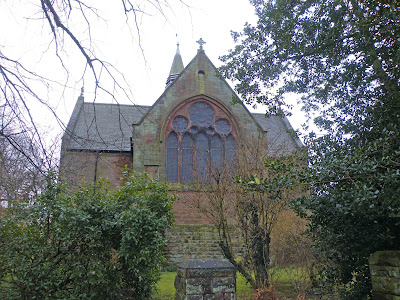 The Iron Church was standing up until 1903, when it was blown down during strong winds. Unfortunately the church was locked upon my visit, so I have no interior photos.
Posted by The Cumbrian Castle listing. at 17:12