St Leonard's Hospital
Museum Street
York
Yorkshire
The tantalising ruins of St Leonard's Hospital are accessible from the Museum Gardens just off Museum Street. Originally one of the largest medieval hospitals in the North of England, St Leonards was established sometime around 1137, and was built to serve the sick and needy of York and the surrounding areas. The ruins that can be seen today, consist of the under croft next to Museum Street, complete with stone sarcophagi, and walls constructed of both medieval and roman masonry. 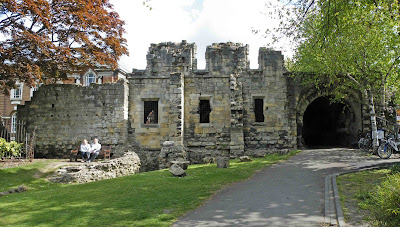 Above. St Leonard's from the park off Museum Street.
The hospital was built on the site of St Peter's Hospital which was destroyed by fire in 1137, prompting the rebuild and the re-dedication. The hospital worked hand in hand with the Minster, but was a totally self sufficient establishment...brewing its own ale, producing its own bread and other foodstuffs, and would most likely have had a whole host of craftsmen living in and around the complex of buildings. As with the nearby Abbey of St Mary, the hospital suffered at the Dissolution of the Monasteries in 1539. York was therefore left without a hospital until the late 1740's. 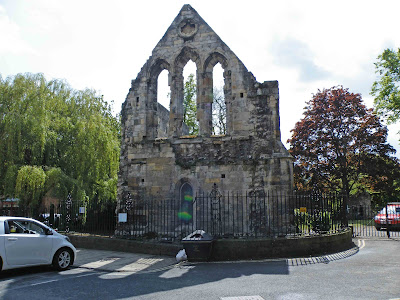 Above. St Leonard's from Library Square. 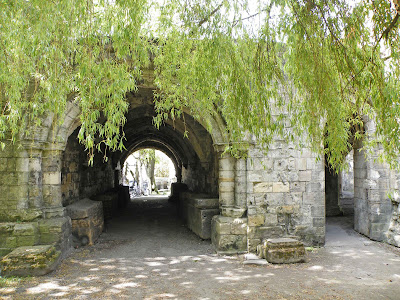 Above. The tunnel into St Leonards from the park. 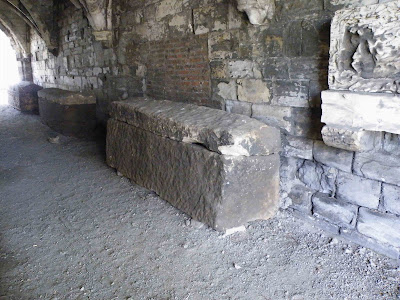 Above. Roman or medieval stone graves. 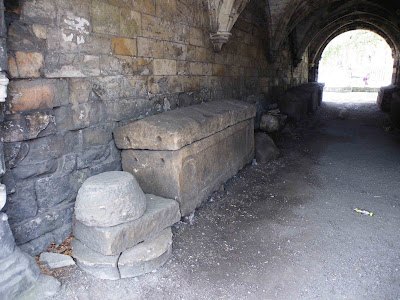 Above. Roman or medieval stone graves.
The under croft of the hospital is accessible at any time during the day, where the rib vaulted ceilings can still be seen, leading through to the Museum gardens where the Roman multangular tower can be seen, and the (possibly) Saxon tower.
Posted by The Cumbrian Castle listing. at 22:31